By Everyday9jaNews (self meida writer) | 6 days

In respect to the rising cases of insecurity, insurgency and banditry of recent, the Executive Governor of Rivers State, Nyesom Ebebunwo Wike has imposed another curfew in Rivers State. 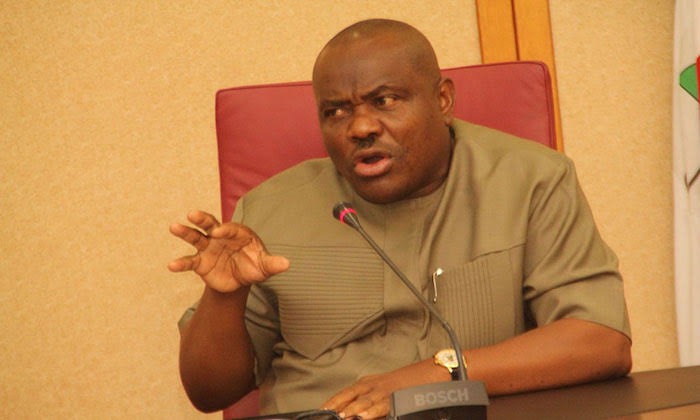 It could be recalled that days ago, some security personnels were reportedly killed in Rivers State by unidentified gunmen. The aftermath of the killing was a dusk to dawn curfew imposed by the governor, which took effect on the 28th day of April, 2021. The curfew prevented entry and exit into Rivers State from the neighboring states; Abia, Bayelsa, Imo and Akwa Ibom respectively.

About some hours ago, the Executive Governor of Rivers State, Nyesom Wike thereafter imposed a dusk-to-dawn curfew in all the 23 Local Government Areas of Rivers State.

According to reports gathered from confirmed sources, the curfew is to take effect from today, 29th April 2021. The curfew which is said to last from 10:00pm to 6:00am is to last indefinitely.

“Accordingly, the State Security Council has, today, after exhaustive deliberation, decided and advised that a statewide curfew on human and vehicular movements be imposed as part of additional measures to prevent the faceless criminals from unleashing their deadly actions,” Nyesom Wike said.

PEOPLES GAZETTE reported that Nyesom Wike had stated that the tendencies of carrying out more attack in the state is certain. 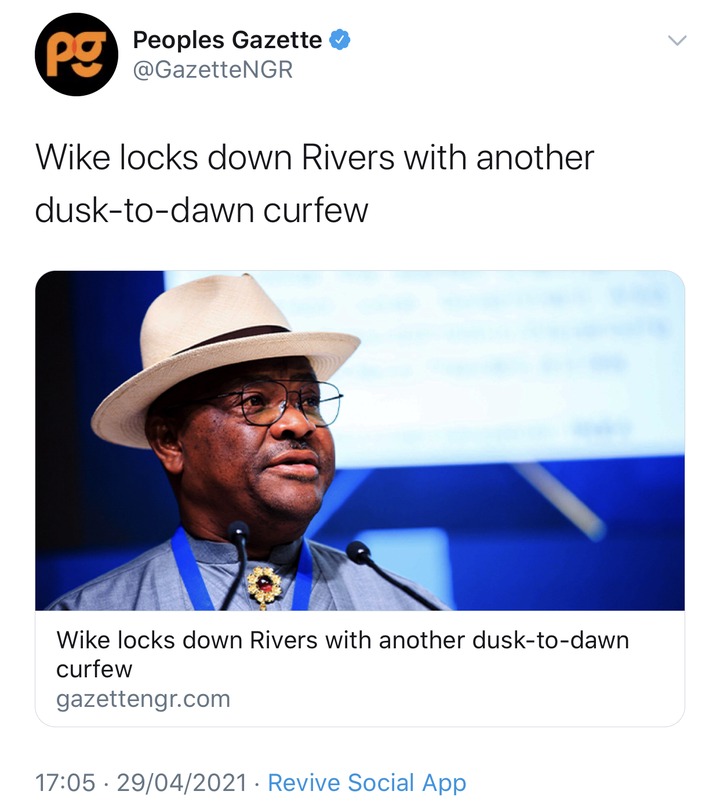 He also made it known that the goal of the curfew is to bring about security of lives and properties in the state. He also charged those who live in the state to always be security conscious, adding that all movements in their environment that seem strange be reported immediately to security personnel.

In the light of this curfew imposed by the Executive Governor of Rivers State, we are hopeful banditry, insecurity and insurgency in the state would come to an end soonest.

Are there other measures that could bring about an end to the prevailing challenges on security in Rivers State?

Drop your comments in the comment section below. Share the post to your friends and family members on all social media, so that they can take part in the discussion.

Years After Turning Himself To A Woman, Bobrisky Finally Made List Of All He Has Achieved So Far

"We Will Stop Immoral Dance At A Wedding and Naming Ceremonies In Kano"- Kano State Hisbah Board.

I am having sleepless nights over Nigeria's problems - Dr. Isa Pantami

Today Headlines: "Address Nigerians In The Midst Of Insecurity"-PDP, Biden's Message To US Citizens

Meet MC Oluomo's Daughter Who Is A Nurse In USA