Man United vs Wrexham: Pre-season friendly set to be played behind-closed-doors this week

By Goldenguy (self media writer) | 14 days ago

Another preseason friendly game between Manchester United and Wrexham of the National League will take place this week. 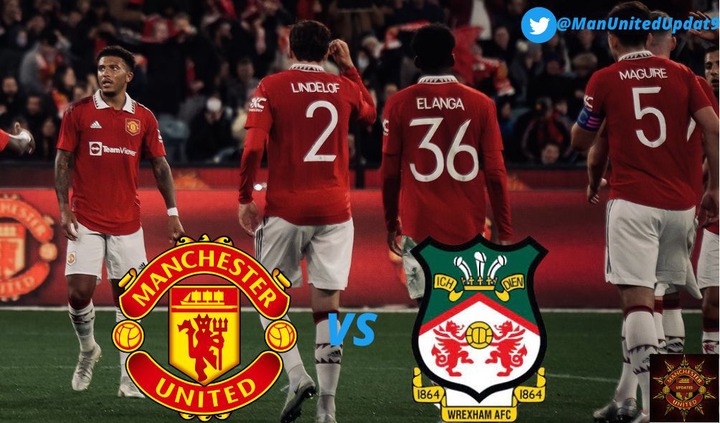 United has two more official friendlies left before the start of the new Premier League season against Brighton. The team just got back from a preseason tour of Thailand and Australia.

Atletico Madrid will be the opponent for Erik ten Hag's team on Saturday in Oslo, and Rayo Vallecano will be the foe the following day for a reserve team at Old Trafford.

They will also participate in a secret game against a fifth-tier opponent in the middle of the week, according to The Manchester Evening News.

As part of their preseason for the upcoming National League season, which also starts the following week, Wrexham will play a United team at Carrington on Wednesday.

The Danish international and his new team were not introduced on the most recent preseason tour.

Nevertheless, he was seen in Manchester on Monday before the start of club training this week.

The Wrexham team, led by Ryan Reynolds and Rob McElhenney, lost in the play-off semifinals despite finishing second in the National League last season.

The favorites to return to the Football League the next season are the Welsh squad, whose season gets underway on Saturday at home against Eastleigh.

Content created and supplied by: Goldenguy (via Opera News )