By HajiDarey (self media writer) | 8 days ago 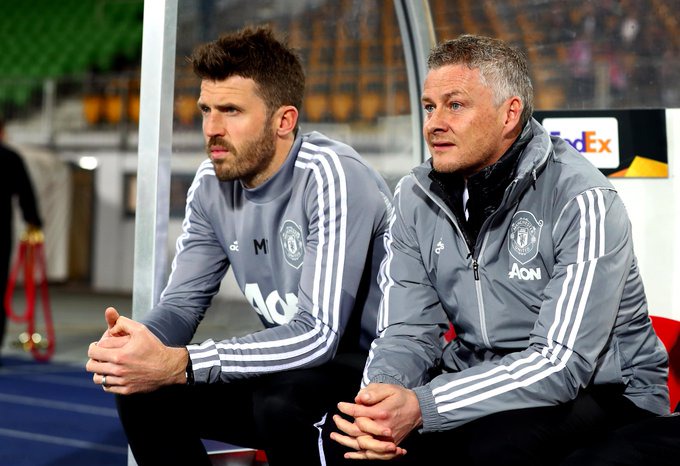 Michael Carrick has started his Manchester United reign on a blistering note as he led the Red Devils to victory on Tuesday in their UEFA Champions League matchday 5 tie away to Villarreal.

Aside from securing a ticket into the Round of 16 for United, Carrick made a massive achievement; becoming the first English manager to win his first game in charge of Manchester United (excluding second spells) since Walter Crickmer in November 1931. 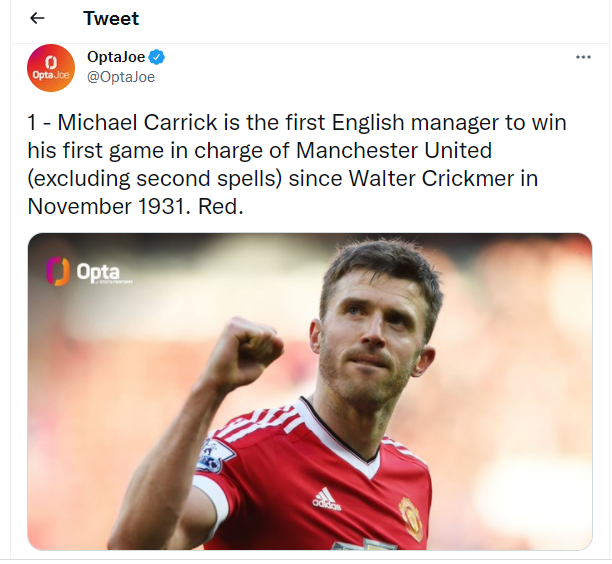 After a largely uneventful 77 minutes at Estadio de la Ceramica, in which Manu Trigueros and Jadon Sancho had the best of the chances, Cristiano Ronaldo lofted in his 799th senior career goal to put his side in front.

Sancho, who failed to score under Solskjaer, made certain of United's place in the knockouts with an emphatic finish at the end of a flowing counter-attack.

On matchday six, United host Young Boys and Villarreal head to Atalanta on December 8. Before then, the Red Devils must prepare to face Premier League leaders Chelsea on Sunday.