Opinion: Why Whitemoney Should Not Be Criticized For Choosing Niyi Over Queen To Travel With Him To Dubai

By Simoswrite1 (self media writer) | 12 days ago

Hazel Oyeze Onou, popularly known as Whitemoney is no news the winner of the just concluded Big Brother Naija season 6 'Shine Ya Eye' show. After the show ended on Sunday with the announcement of the overall winner, the organizers of the show fixed yesterday to be the prize presentation date for the White money. 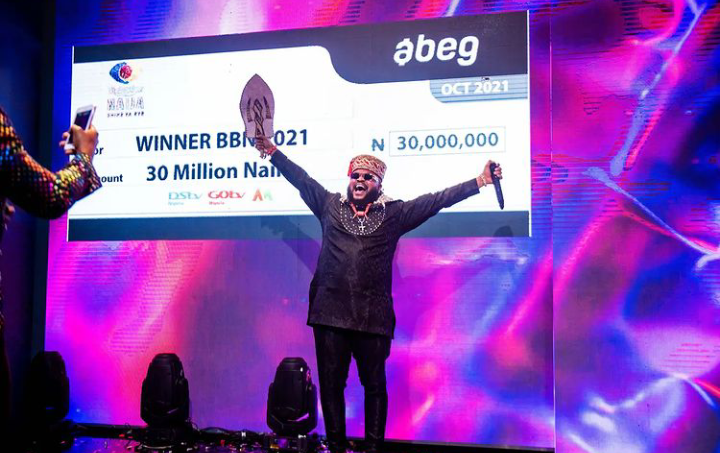 During the prize presentation, Whitemoney was asked by Ebuka Obi-Uchendu, the host of this year's edition of the show, to pick a fellow housemate whom he would love to travel with for all the expenses-paid trip to Dubai.

He left his fans in surprise when he picked Niyi Lawal, a fellow male housemate who was among the first set of housemates to be evicted from the live show this year. Fans and his fellow housemates were expecting Whitemoney to mention Queen because they became very close friends with each other towards the ending part of the show, which made viewers believe that they might still bond well after the show. Some fans were unhappy with Whitemoney's decision of traveling with Niyi instead of Queen, which has made so many of them express their dissatisfaction over his action.

Well, in my own opinion, I think Whitemoney doesn't deserve to be criticized for taking such a decision because;

Firstly, he has a personal reason why he doesn't want to travel with any female housemate for the paid-for trip to Dubai, therefore his choice should be respected and not criticized. He is very close to the Queen, no doubt, but they are not dating, therefore his decision is nice to move to make people know that he doesn't decide from a fan's perspective. Secondly, Whitemoney sees Niyi as the best companion that would make his vacation a fun-filled type, which is why he probably picked him. That doesn't mean other housemates are not good people who could bond with him well, but Niyi was a better option for him.

Whitemoney also feels that it would be nice to keep his friendship life with Queen private, which might be another possible reason for him choosing her; therefore, I think it's a wise move that deserves to be understood by his fans. What is your take on this? Drop a comment below.