By Newsn (self media writer) | 7 days ago 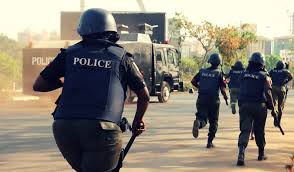 A man simply identified as Henry is said to be on the run after his girlfriend, Olivia James allegedly commits suicide over an alleged misunderstanding that ensued between them.

According to reports, the deceased, an undergraduate student of Federal Polytechnic Unwana, Ebonyi State studying Library and Information Science (LIS), consumed a lethal substance believed to be sniper after celebrating her birthday.

Olivia and her boyfriend, Henry, reportedly had a misunderstanding after her birthday on October 6th, but each time Olivia tried to reach out to Henry on the phone, it was reported that another woman usually answered the call.

Disturbed by this, she decided to take her life instead, but before she took her life, she contacted her friend to share her next line of action, but, unfortunately, her friend was unavailable to get the message.

But by the time her friend got the message, it was too late. On getting to Olivia's apartment, she had consumed the lethal substance. She was rushed to the hospital but was confirmed dead on arrival.

Following the unfortunate development, the boyfriend, Henry, reportedly took to his heels.