Chelsea are set to face Atletico Madrid in the first leg of their last-16 champions league clash on Tuesday night with the blues having an advantage of taking it back to London.

The blues will enter the match following the 1-1 draw against Southampton on Saturday afternoon which extended their unbeaten run under Tuchel to seven games. Thomas Tuchel's side will technically be the away team but the match will be taking place in Romania rather than Spain due to Corona virus protocols over travels. Chelsea are now fifth placed in the premier league table due to the error committed by their defenders for allowing minamino's strike in the first half, the match was later drawn due to the conversion of the penalty given to Chelsea by Mason Mount in the second half.

Below is the possible lineups of Chelsea against Atletico Madrid. 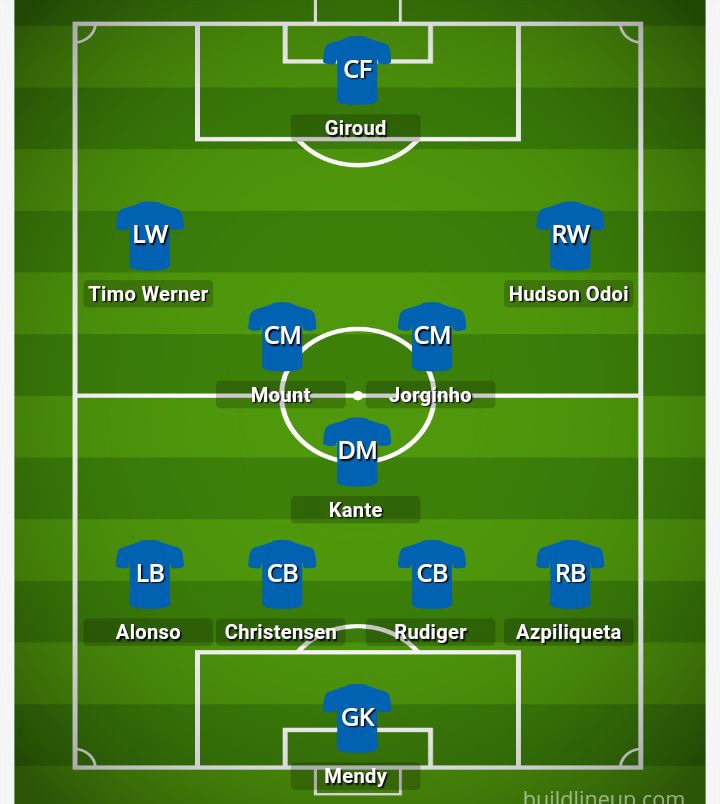 Chelsea had hoped that Thiago Silva would return to the starting xi following a muscular injury, but unfortunately he wouldn't be available for the trip. As a result of the Brazilian absence Andreas Christensen is likely to be handed the staring role alongside Rudiger at the center back, while Kurt zouma and Reece James start from the bench. Marcus Alonso and Cesar azpiliqueta are also renting expected to continue with role of right and left back. There seems to be a slight change in the midfield as Mason mount is placed alongside Ngolo Kante and Jorginho.

Christian Pulisic and Kai Havertz had been doubts due to recent issues, but both players have been included in the traveling squad. Neither Pulisic or Havertz is expected to start with Callum Hudson Odoi and Timo Werner set to continue in the attacking position.

Oliver Giroud is also expected to take up the attacking role with Tammy Abraham and Hakim Ziyech as a substitute for the grace international.

attestation letter sample bauchi state university school fees how to create a paypal account in nigeria ncs recruitment portal sweet happy birthday messages
Opera News is a free to use platform and the views and opinions expressed herein are solely those of the author and do not represent, reflect or express the views of Opera News. Any/all written content and images displayed are provided by the blogger/author, appear herein as submitted by the blogger/author and are unedited by Opera News. Opera News does not consent to nor does it condone the posting of any content that violates the rights (including the copyrights) of any third party, nor content that may malign, inter alia, any religion, ethnic group, organization, gender, company, or individual. Opera News furthermore does not condone the use of our platform for the purposes encouraging/endorsing hate speech, violation of human rights and/or utterances of a defamatory nature. If the content contained herein violates any of your rights, including those of copyright, and/or violates any the above mentioned factors, you are requested to immediately notify us using via the following email address operanews-external(at)opera.com and/or report the article using the available reporting functionality built into our Platform