Two reasons Nigerian soldiers should not be blamed for arresting Chinwetalu Agu.

By Oladeetee (self media writer) | 9 days ago

Popular Nigerian actor and comedian, Chinwetalu Agu has been arrested by Nigerian soldiers in Anambra state after flaunting an outfit with Biafra colours on the streets. The veteran actor was reportedly dragged and arrested in upper Iweka of Onitsha, Anambra state and this has generated lots of mixed reactions from media users. 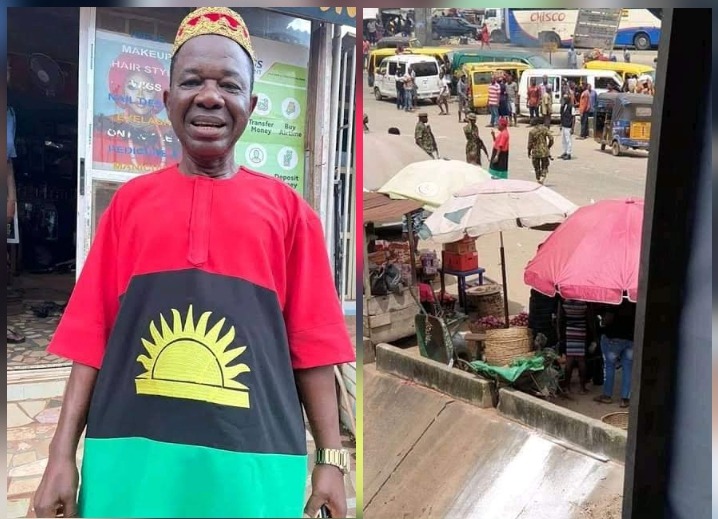 In a video now circulating on social media, Chinwetalu Agu was seen in a face-off with some military officers at a point on the road before he was arrested. Though many people see the actor's arrest as a controversial one, there are reasons that justify his arrest by the military and below are the reasons.

- The federal government has labeled Biafra agitators and Independent people of Biafra (IPOB) group as a terrorist organization. 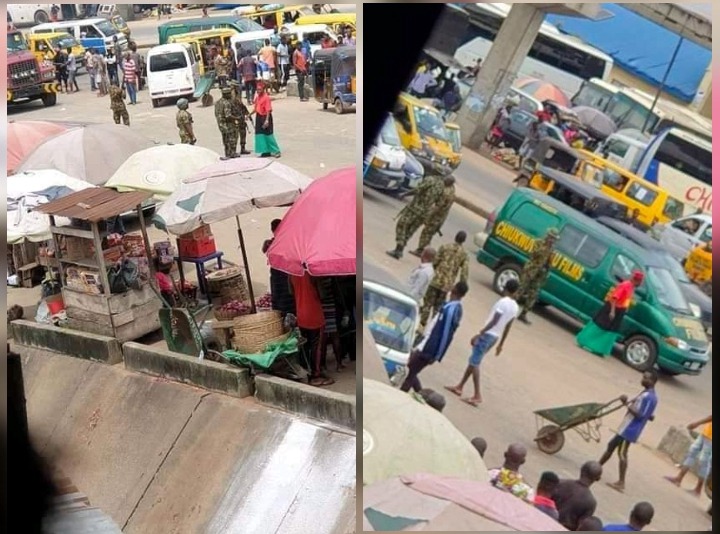 Photo mix of Soldiers confronting Chinwetalu Agu before he was arrested. Credit: Nairaland.

In September 2017, the federal government of Nigeria declared IPOB and it's associates as a terrorist group, this means that anyone agitating or representing the independent people of Biafra is supporting and aiding terrorism in the country, hence Chinwetalu Agu should have known better that, the government should not be taken for granted, especially in such a crucial time when the government is clamping down on secessionists in the country.

- Tension is currently high in Anambra state following recent violence, attacks and killings in the state.

Anambra state and south-east region as a whole has been experiencing frequent attacks, killings and unrest. The gubernatorial elections of Anambra state is expected to hold in November, 2021 and the federal government is doing everything possible to restore peace to the state so that the elections can go on smoothly. Meanwhile, Chinwetalu Agu of all people should know that this is not the appropriate time to cause confusion and controversy by flaunting Biafra colours in broad daylight on the streets of Anambra state. This is like trying to jeopardize the efforts of the government and he knows the influence he has on the society.

I think Chinwetalu Agu should have thought about the consequences of his actions before putting himself in trouble.