By IQbooster (self media writer) | 13 days ago

On October 11, armed police officers are heavily present at the Lekki tollgate. Police trucks were spotted parked on one side of the ever busy road. 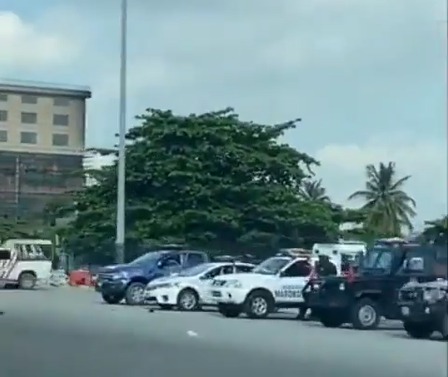 The state police command had earlier today issued a warning to people of the state against conducting an #EndSARS anniversary protest.

The command said in a statement that police had solid information that certain people planned to hold a protest today to mark the one year anniversary of the #EndSARS movement that rocked the country in October 2020. According to the authorities, the state cannot afford another protest and will deal harshly with anyone who organizes one. 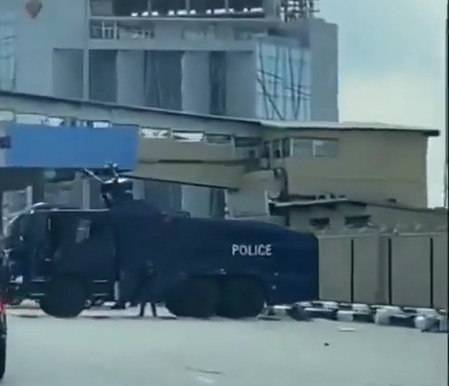 A statement released by Commissioner of Police, Hakeem Odumosu said that the police in the state will not fold their arms and allow some misguided elements disrupt the peace and serenity currently being enjoyed in the state. To forestall breakdown of law and order, the police will use all legitimate means within their constitutional powers to suppress the planned protest.

The presence of police officers was confirmed by CSP Adekunle Ajisebutu, state police spokesperson, who said he was unsure when the police presence would end.