By Elzehara (self media writer) | 21 days ago 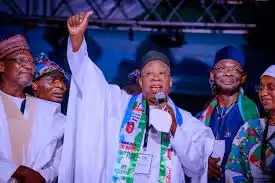 Senator Abdullahi Adamu, the National Chairman, All Progressives Congress (APC) says Asiwaju Bola Tinubu, has chosen to tread in the path of great Nigerians like late MKO Abiola in picking Sen. Kashim Shettima, as his running mate for the 2023 vote.

Adamu said this on Wednesday in Abuja at the introduction of Sen. Kashim Shettima, a former two-term governor of Borno as Tinubu’s running partner for the 2023 presidential election.

“It is now time for the APC to walk out to the public space with one of its greatest.

“Since the presidential candidate of our party, Asiwaju Bola Tinubu, revealed the choice of his running mate on July 11, the nation is yet to know who he is, we welcome this occasion to disclose him.

“As the national chairman of our party, it is both my honour and duty to uncover this illustrious son of our country and publicly present him to this august body and via it, the Nigerian public,” he added.

Adamu added that the late MKO Abiola in 1993 presidential election, chosed a Kanuri man, Alhaji Babagana Kingibe from the North-East as his running mate.

“We are beginning to feel there must be some synergy between the Yoruba people and the Kanuri people.

“Maybe there is a mutual attraction between them that the rest of us do not know, never mind, we will put the searchlight on them,” he remarked.

According to him, the 1993 MKO Abiola-Kingibe presidential ticket and the present Tinubu-Shettima ticket, bridged one of our fault lines in the management of our diversities.

Adamu stated that Nigerians overwhelmingly voted for that ticket because they trusted Abiola, a guy who opened his arms to every tribe and religion in the country to run an inclusive government.

He said that Tinubu was a man who has also flung his arms around every tribe in the country and has offered his shoulders for people in pains to lean on. 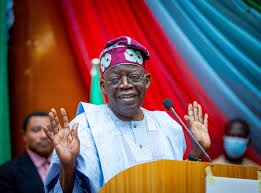 “He has used his fortune to deliver succour to the destitute, he can be trusted to administer an inclusive government in which character, competence and vision matter to his administration.

“Our party has created a candidate who is welcomed by all zones in our country, who enjoys the faith of every layer in our national socio-economic structure.

“We are convinced that Nigerians would entrust him with the leadership of our country in 2023. We convey our gratitude to Nigerians for the continued trust they repose on the APC.

“In our political history, the choosing of a running mate is the unique right of the presidential candidate,” Adamu added.

He stated that the party’s presidential candidate utilized that privilege with adequate talks with stakeholders.

Adamu added that Tinubu being an astute politician, couldn’t have made the decision of a running mate without widely consulting the party’s stakeholders, including President Muhammadu Buhari.

The national chairman added that having made his choice, the party totally and absolutely supported Tinubu’s choice and had an obligation to campaign for their triumph in the 2023 vote.

“At this moment in our national growth, and given the myriads of our national difficulties, we should search for men and women of character, competence and clear evidence of their success in public or private offices.

“We believe they informed Tinubu’s decision to appoint Shettima because he matches the bill. 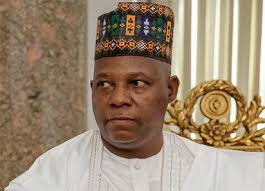 “Shettima brings to the joint ticket impressive antecedents as a political leader and administrator, Tinubu could not have selected a better choice of a running partner.

“He chose a man he believes can collaborate with him to undertake the important work of our economic recovery as well as social and political growth in peace and security,” he said.

Adamu added that as a previous two-term governor of Borno, Shettima performed what one might accurately describe as gigantic things and shown his capacity as a focused leader when the state was essentially under siege by the Boko Haram terrorists.

He claimed that when the bombs were exploding and the bullets were flying, Shettima heroically continued to provide for his people, creating new primary and post-primary schools, health facilities and housing projects.

Adamu noted that Shettima never abandoned his people, but remained to serve them under nearly impossible situations.

“Shettima is not a stranger to the security problems confronting our dear country judging by his personal and first hand encounters with Boko Haram while they were at the pinnacle of their activities in Borno.

“He has earned his right to a higher political role, he must now climb up the ladder of our national duty as the next Vice-Presidential of Nigeria.

“The revelation of the Vice-Presidential candidate today sends out a powerful signal to the people that our great party is ready and unified around the common goal of coasting home with victory at every level in 2023.

“But we must not be unmindful of the challenges ahead, it is necessary to rid ourselves of the bitterness originating from our particular losses in the party primaries,” he stated.

Adamu added:It 8s time to submit ourselves to the will of God and the party and do nothing to sabotage its well-laid plans for victory.

“The other political parties want what we want, and that is, to win and form the next government.

“If by any actions of omission or commission we fall in to bitterness and pettiness or fail to understand the wider picture or take any of the political parties for granted.

“We shall create an obstacle to the victory of our party.” 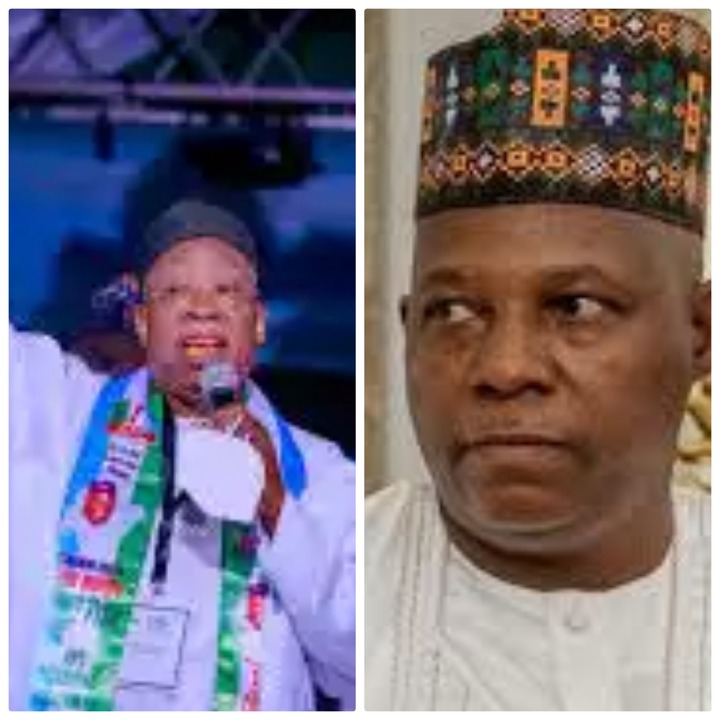 Content created and supplied by: Elzehara (via Opera News )