Babajide Reacts To What Happened At NDDC Probe, Says Nigerians Saw It As A Nollywood Drama

By Alrasad (self media writer) | 1 year ago 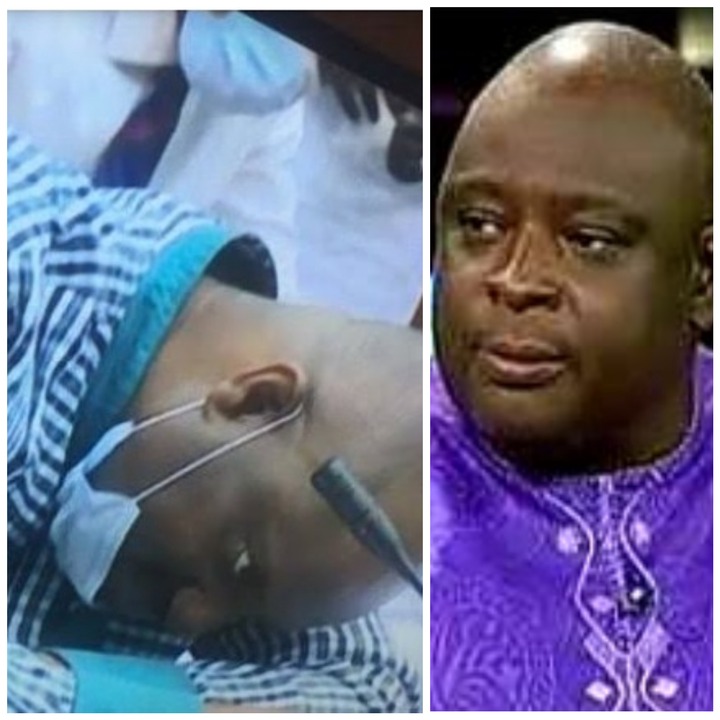 Babajide Reacts To What Happened At NDDC Probe, Says Nigerians Saw It As A Nollywood Drama

When asked about his take on what transpired at the house of reps on Monday, Babajide simply described it as shocking.

You know Nigerians are naturally cynical. Many of them think what happened was just a Nollywood drama. And you can't blame those who are thinking in this manner because this same MD had walked out on the committee last week meaning that he was not prepared to thoroughly surrender himself. Why would you walk out? Reps are mandatory to do what they are doing. It is well within their responsibility as lawmakers to do the oversighting they are doing. And then you walked out on them.

Today again as they were asking you the very pertinent questions relating to illicit spendings after the budget circle had ended and you saw what happened. I am not a doctor or a medic. I don't know what conditions must be present when someone truly slumped, and I cannot say the way Nigerians are saying he is only acting but the important thing is to let the NDDC be thoroughly cleansed of the corruption that has become second nature to it.

Let us defeat corruption within the NDDC because it has since become set pool of corruption. Whatever happens within the NDDC, the most important is the case should go on. And let Nigerians see that for once there is a determination to cleanse one of the notorious set-pool of corruption in our country once and for all. It is noteworthy that Professor Pondei slumped when the Senate committee probing the financial misappropriation and unjustifiable awards of contracts on the parts of NDDC officials.

On whether the responses given the Minister of NDDC was satisfactory enough, he said:

There is no doubt about it that the minister has taken over the job of CEO in the commission. He deflected that question by saying the President had designated the power of supervision to him. When reps told him the law establishing the NDDC does not recognize an Interim Management Committe, IMC, he then said no the President has the power to set up the IMC as a permanent committee to run the affairs of NDDC.

And he also said he is only spending above their threshold as it referred to him but clearly you can see that letters were being addressed to him where it is actually the accounting officer of the commission that ought to have those information or details.

What can you say Babajide submission?

Do you agree that Professor Pondei only acted a Nollywood drama during Reps committee probe of NDDC?

What can you say about Buhari designating the power of executive officer or supervisor to Akpabio?

Don't you think Akpabio should not be reporting or supervising himself which may be reason corruption continue unchecked at NDDC?

And what do you think of Akpabio overtaking the job of Accounting Officer of NDDC?