Opinion: The Obstacles Against Adeleke's Victory in Osun Guber Poll

The victory recorded by Senator Ademola Adeleke, the Gubernatorial candidate of the main opposition party in Osun State, Peoples Democratic Party (PDP), could be cut short, following the litigation that burden the authenticity of the governorship primaries that produced Senator Ademola Adeleke as the governorship candidate of the opposition party in Osun State. 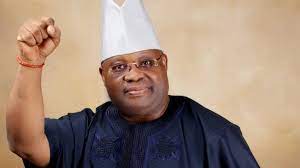 Ademola Adeleke, culled from the Vanguard

Remarkably, it could be recalled that Senator Ademola Nurudeen Jackson Adeleke of the the main opposition party in Osun State, Peoples Democratic Party (PDP), was declared by the Independent National Electoral Commission ((INEC) to have polled 403,371 votes to defeat Governor Isiaka Adegboyega Oyetola of the ruling party in the state, All Progressives Congress (APC), which polled 375,027 votes to emerge runner up.

However, two litigations that preceded the governorship election in the State may, legitimately, claim Peoples Democratic Party (PDP), the victory that has been recorded at the guber poll. 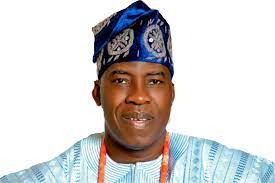 A report by the Tribune stated that Justice Adeyinka Aderibigbe of the Ijebu-Jesa High Court had, convincingly, ruled on the validity of delegates qualified to vote in the governorship primaries of PDP in Osun State. In the judgement, the court ordered the Independent National Electoral Commission (INEC) and Peoples Democratic Party (PDP) not to recognise Senator Ademola Adeleke as the duly elected governorship candidate of the party.

How the High Court Judgement on Babayemi's case was reached?

In a story published by the Guardian, it could be recalled that of the delegates that participated in the two parallel PDP governorship primaries in Osun State, legitimate delegates from 215 of the 332 wards, in the state, queued behind Prince Dotun Babayemi, while the delegates that gathered at the City Stadium to produce Ademola Adeleke were declared illegitimate.

Considerably, according to the memo that was released by the National headquarters of Peoples Democratic Party (PDP), the governorship primaries of the party was scheduled to hold at the City Stadium where the illegitimate delegates gathered. Unfortunately, the legitimate delegates gathered at the WOCDIF, a location that was not approved by the party's headquarters for the governorship primaries. 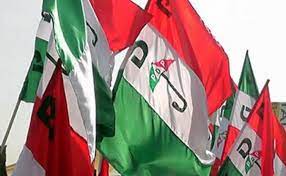 Also, the same electoral body was absent at the WOCDIF venue of the parallel governorship primaries where the legitimate delegates gathered. This implies that INEC was not aware of the governorship primary and may not accept name of any candidate from the primary.

Reality gripping at the faces of PDP Leaders

According to a latest report by the Guardian, leadership of the Peoples Democratic Party (PDP) in Osun State are currently finding it difficult to celebrate the victory PDP recorded at the July 16 governorship poll, basically, because they know the consequences of Appeal Court case that was filed by Prince Dotun Babayemi against the authenticity of Senator Ademola Adeleke as the governorship candidate of the party in Osun State.

PDP at Loss on Babayemi's case

BOOT Party also has a case

In another report by the Tribune, BOOT Party had taken Ademola Adeleke to a Federal High Court in Osogbo, asking the court to invalidate his nomination as the governorship candidate of PDP.

The case by the BOOT party was also relying on the failure of PDP to comply with the decision of Justice Aderibigbe regarding the delegates' list which was used to conduct the governorship primaries of PDP in Osun State.

PDP at Loss in general

Considerably, the court cases that are challenging the failure of PDP to comply with the extant law and guidelines by the Independent National Electoral Commission (INEC), the court may deny the party from taking over from Governor Adegboyega Oyetola of All Progressives Congress (APC), simply, because the Appellate Court may decide that PDP had no candidate in the July 16 Governorship election in Osun State. Hence, the candidate of the ruling All Progressives Congress (APC), Adegboyega Oyetola, who polled 375,027 votes may automatically take the winning slot while the 403,371 votes cast for PDP may be declared null and void.