By SoccerTravia (self media writer) | 11 days ago

Chelsea versatile defender, Antonio Rudiger has confirmed the reports that clubs like Bayern Munich are showing interest in him. He made this known when he was holding his exclusive interview with the media at International duty. 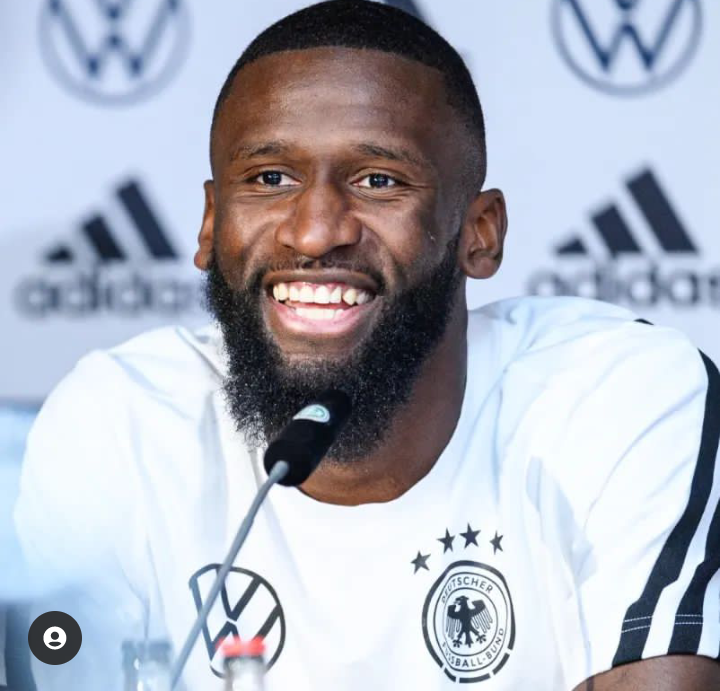 The 28-year-old has been on top of his game since Thomas Tuchel took charge which made him name the best Centre-Back in the Premier League so far this season by Rio Ferdinand.

Rudiger will be part of the German team who will be playing against both Romania and North Macedonia this month.

Meanwhile, Rudiger wants an upsurge in his weekly wages at Chelsea in his quest to renew his contract but he is yet to agree with the club which is what has been causing speculation that he could move on.

However, as gathered from Chelsea News, Rudiger has commented on his link to Bayern Munich, he said Bayern’s interest honors him and proves that he's been doing things right. But he has an obligation to his club (I.e Chelsea) to perform well.

"I have to prove myself every game and not let myself be distracted by rumors. I make my decisions for myself. I feel good where I am." He said 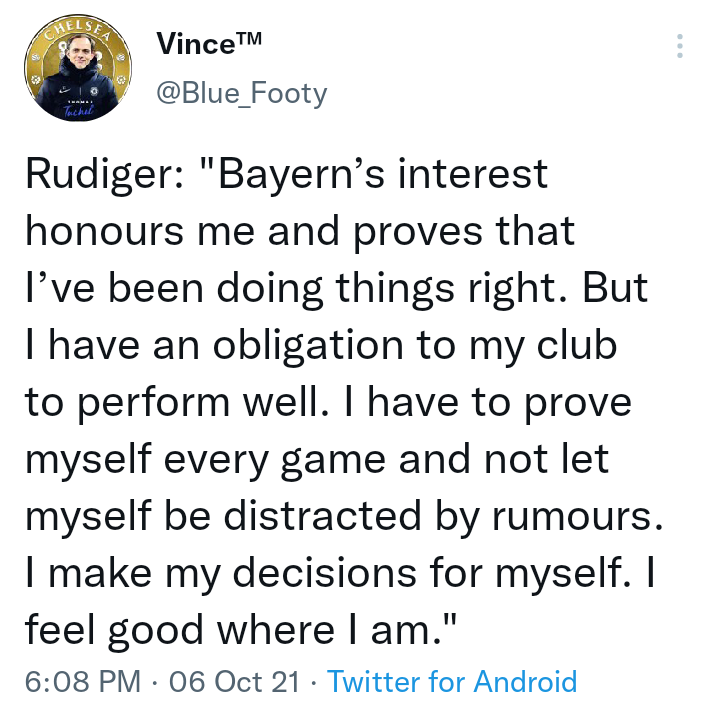 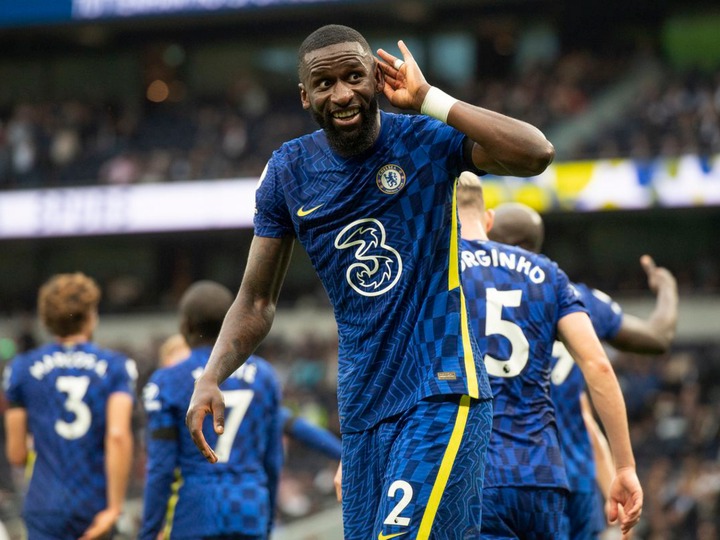 Rudiger currently has a year left on his Chelsea contract and there's the possibility that he might reach an agreement with the club soon for renewal.