By Opeyeminews (self media writer) | 24 days ago Super Eagles of Nigeria star Frank Onyeka was exceptional for Brentford football club on Sunday afternoon, as he helped them to defeat West Ham United FC 2-1 in the week 7 of the English Premier League. 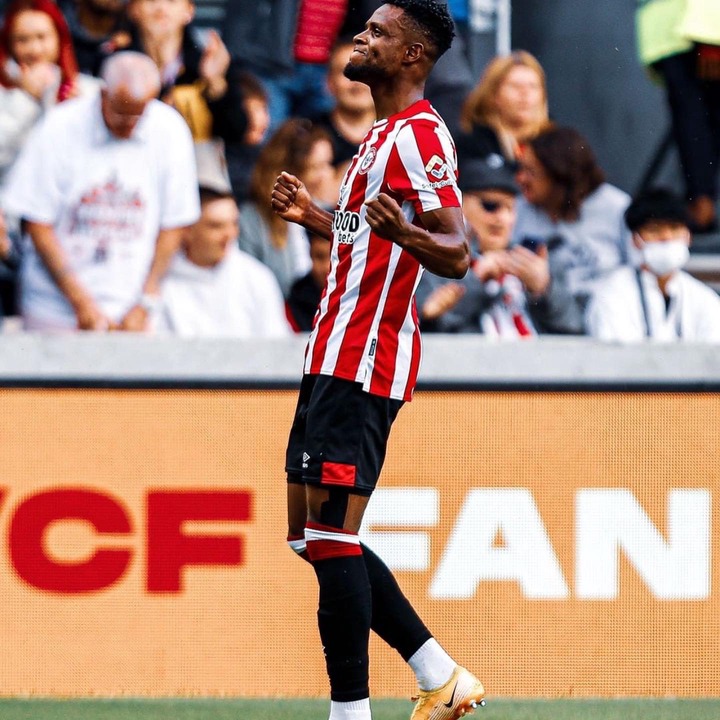 The former FC Midtjylland of Denmark star was given another starting role by coach Thomas Frank and he was able to impress in the game.

The 23 years old started in the away team's midfield alongside Denmark national team star Christian Norgaard and Shandon Baptiste and the trio were outstanding for the visitors. 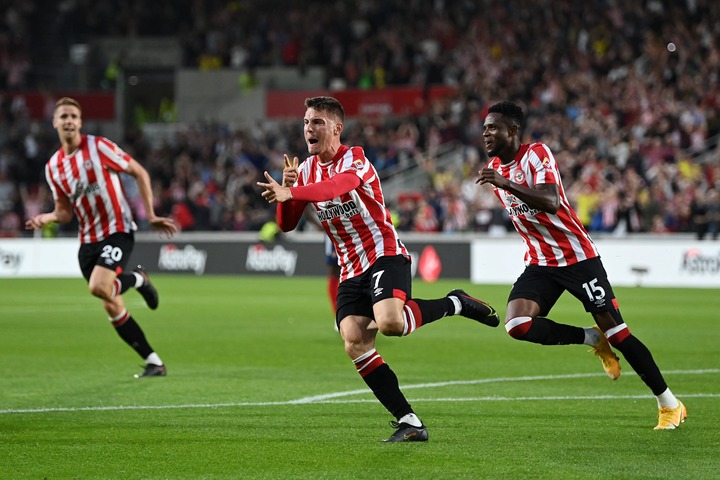 The away team took the lead through France star Bryan Mbeumo in the 20th minutes to end the first half 1-0.

Both teams tried so hard to score more goals in the second half of the game, but all their efforts were not successful until the 80th minutes when Jarrod Bowen equalized for the home team to make the scores 1-1 before Yoane Wissa scored the winning goal in the 90th minutes to end the match 2-1. 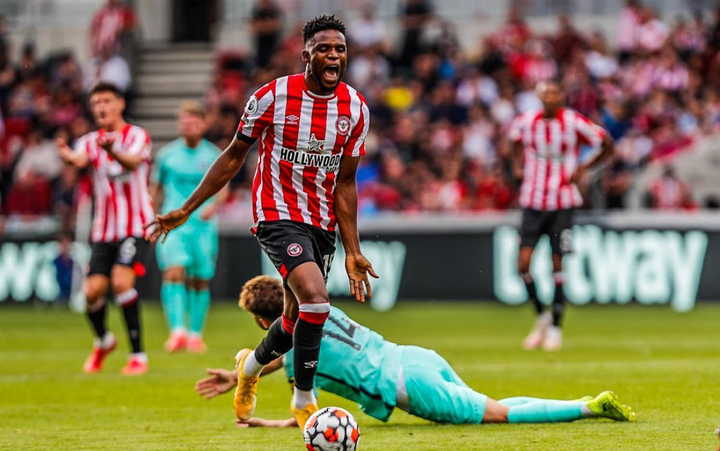 Frank Onyeka was superb for Brentford football club throughout the whole duration of the game, and he was able to play an instrument in his team's victory.

The 2-1 victory over West Ham United FC has now taken Brentford football club to the 7th spot of the English Premier League table with 12 points from 7 matches played.