By JagozyChigozie (self media writer) | 2 years ago The Second Semifinal Match against Man Utd, is the talk of the town, as pundits and football analylist and fans all were all in high spirit to embrace the game.

Chelsea started with an impressive performance, in the first half When Mount struck a powerful shot, that Degea stopped with his fist. Chelsea were more determined to get something out of the Match, because Manchester United has defeated Chelsea Back to back this season, twice in the league and once in the league cup.

Chelsea were more eager to get the goal, as Olivier Giroud scored a goal from a cross from Mount, at the near post. The goal gave Chelsea the Will to fight to the end. 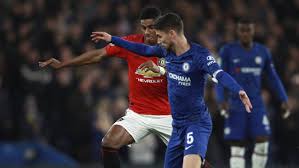 Obstructions and collisions two between Manchester United Center Backs, Bally and Macguire, knocked Bally off the ground, as he was taken off the pitch in a stretcher by the medical team.

This gave Chelsea the moral they needed to press on, as they latter got hold of the game and put more pressure on United defenders as Macguire scored an own goal thru a cross from Marcos Alonso. 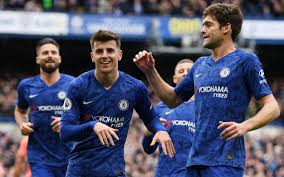 Making it 3:0, at the quarter hour mark, Manchester United pressed hard to find their footing back on the pitch, but their effort only yielded a penalty when Hodson Odoi fouled Martial in the 18 yard box. Bruno Fernandez the start player of Manchester United, at the moment, scored an impressive penalty kick, which sent the Chelsea keeper Caberlero to the wrong direction.

Chelsea sealed the win, with the expection of lifting the FA Cup In Wembley come August 1 2020.

Content created and supplied by: JagozyChigozie (via Opera News )