By Kingscommunications (self media writer) | 23 days ago

It has been gathered that the management of the Federal Government College, FGC Kwali, Abuja has asked parents to evacuate their wards from the school over the fear of attack by terrorists. It will interest you to note that Suleiman Idajili, the Chairman of, the Parent Teachers Association PTA, said the decision followed a terrorist attack on a nearby village on Sunday morning. This has caused panic among the management, staff, students, and parents of the school. 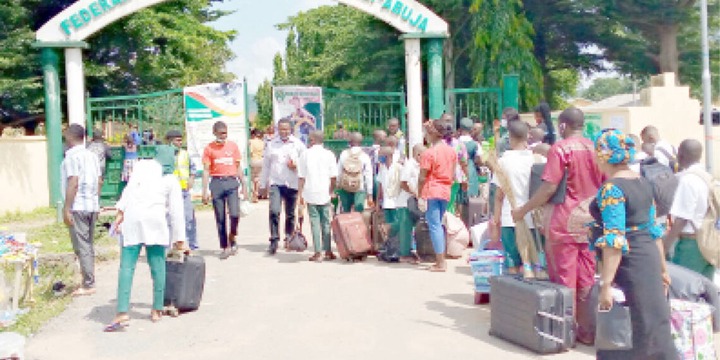 It was gathered that the nearby village shares a fence with the school. Also, the students who were scheduled to conclude their third term examination on Tuesday have now been sent home. According to Premium Times, a parent who asked not to be named disclosed that the school reached out to parents. The Anonymous parent said "I just picked them up from Giri junction, the house master called to inform us. Some students are still stranded, waiting for their parents he added."

According to Premium Times, it will interest you to note that the terrorists attacked the village sharing a fence with the school and abducted a man and his wife. The terrorists later left without the wife. It was gathered that the prompt response of the security personnel in the school protected it from the terrorists. The school management directed parents to come on Monday and evacuate their wards, but those near the school opted to pick up their wards on Sunday.

It will interest you to note that the issue of insecurity has become a big monster that is threatening education in the country. Many boarding schools in the North have shut down for the fear of being attacked by bandits and terrorists. The Chibok school attack has set a precedent for other attacks, especially in secondary schools.