Reactions as Mourinho got a tattoo on his body to celebrate winning UCl, EL and ECL as a manager.

By Mimi-update (self media writer) | 25 days ago

Jose Mourinho is one of the best managers that football will ever have, he is no doubt one of the most successful coaches in the game of football which won him a comparison to Sir Alex Ferguson. 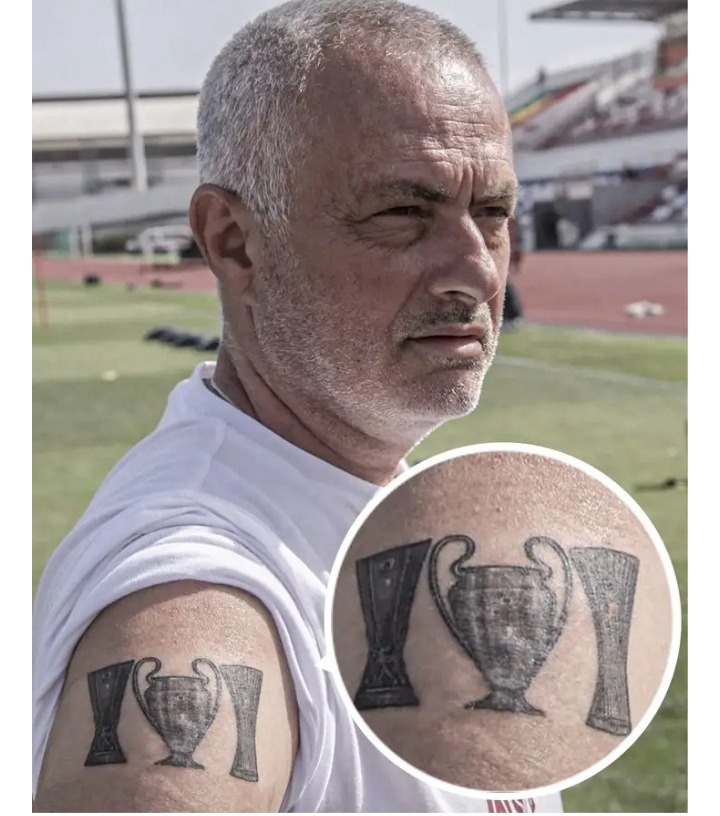 The former Manchester United manager is regarded as the most decorated football manager in history after he became the first manager to lift the three major European Cups.

Jose Mourinho won the Champions League trophy with Inter Milan, won the Europa Cup with Manchester United, and his recent triumph with Roma in the Conference League Cup.

According to ESPN FC reports, the Roma manager took to his social media to post a photo of him where he got a tattoo on his body to celebrate winning the Champions League, Europa League, and Europa Conference League. 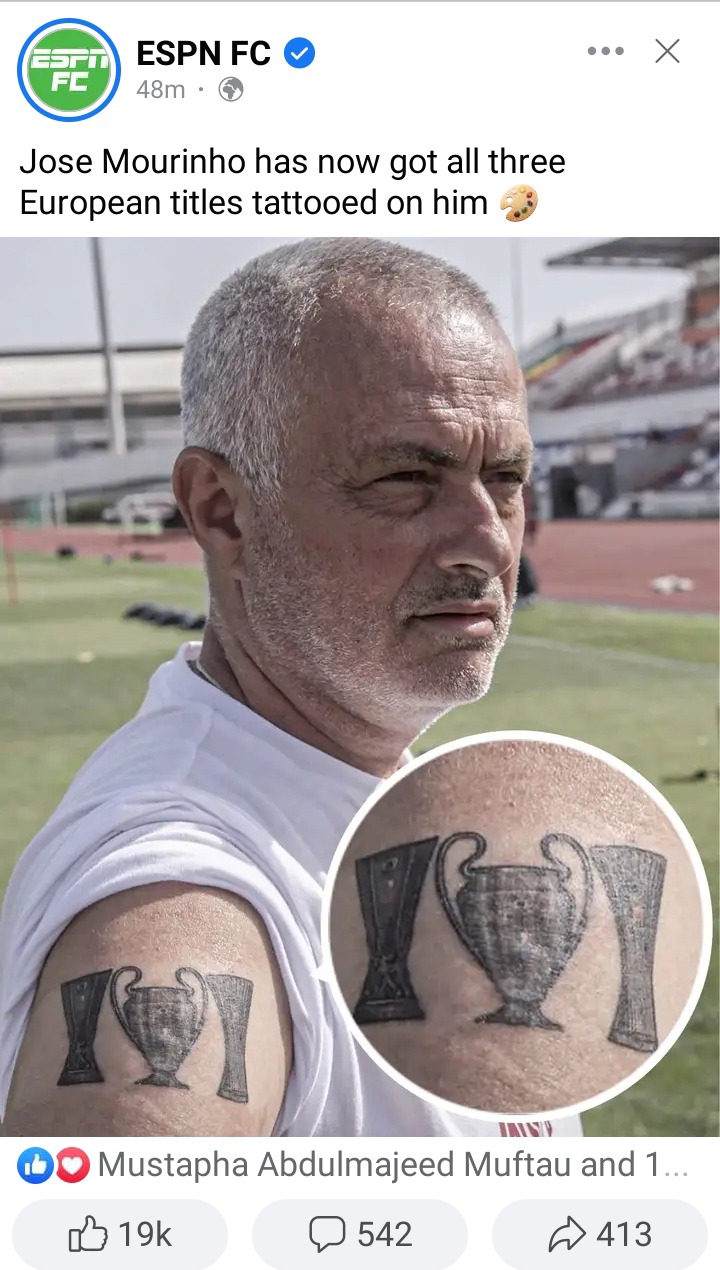 The photo triggered reactions on Facebook, take a look at the reactions below. 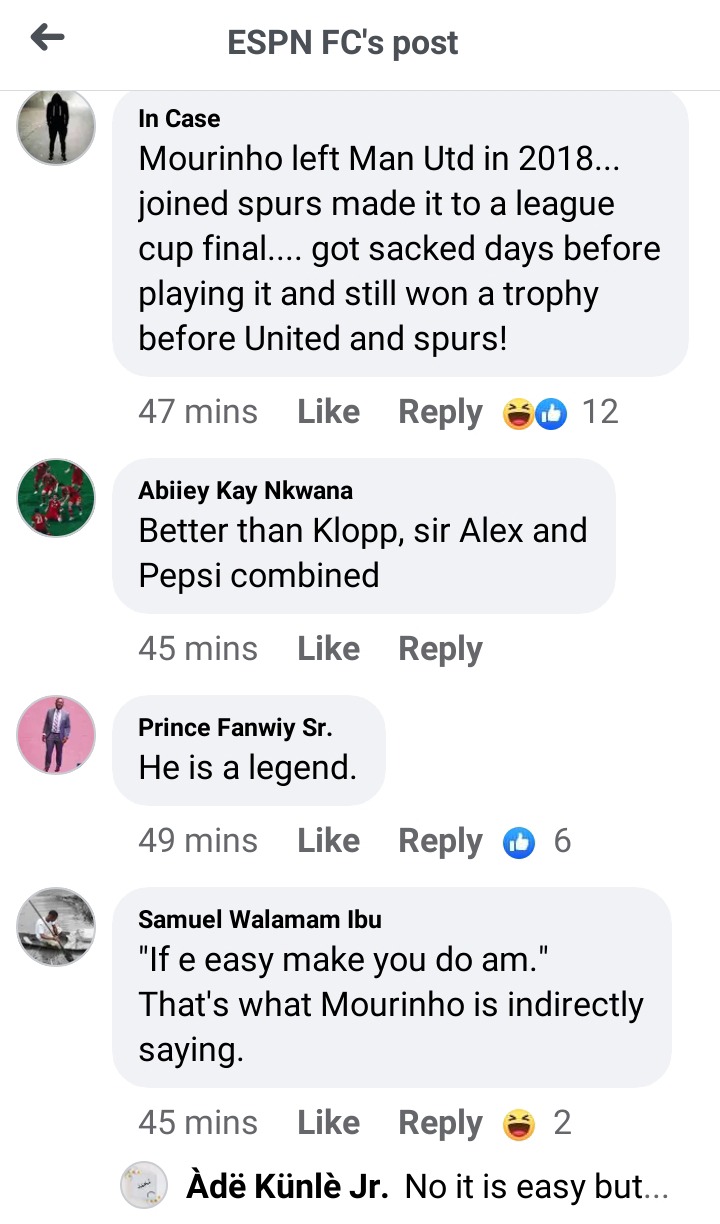 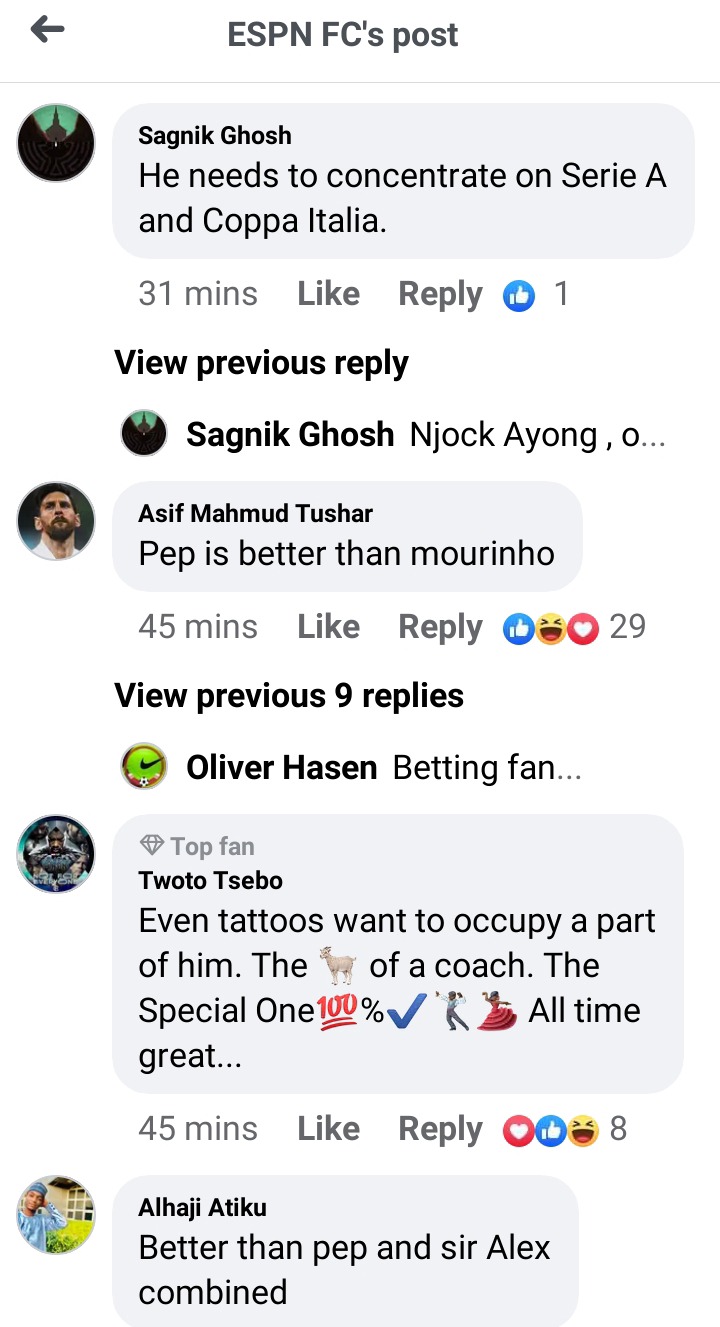 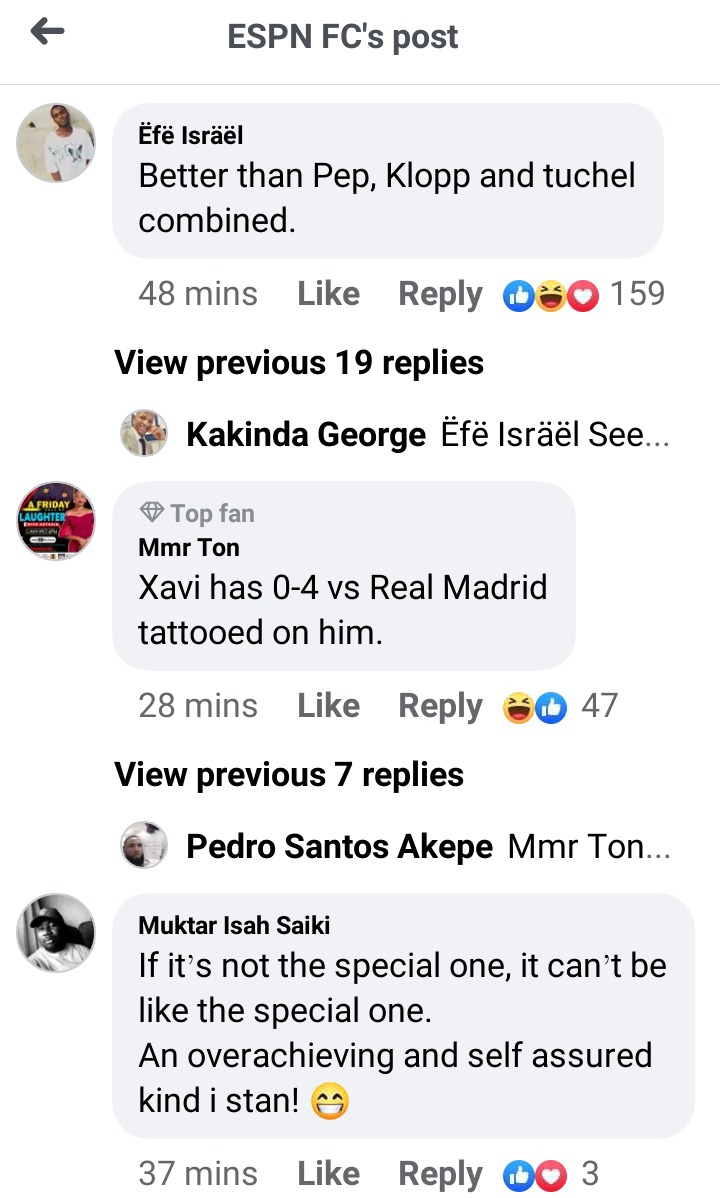 Jose mourinho is the first manager in football history to achieve such success.

Dear football fans, Do you think Jose Mourinho is the best manager ever in football history?.