Why We Attacked Tinubu’s Convoy In Lagos – Suspect

By Lukundu (self media writer) | 1 month ago 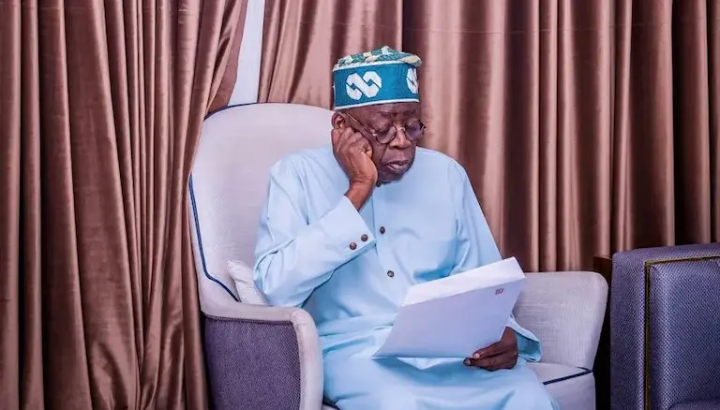 Eight members of several cult gangs who allegedly attacked Asiwaju Bola Ahmed Tinubu, the APC's presidential candidate, and his entourage in Lagos have admitted their involvement in the crime.

The suspects, who were chosen by several gang leaders on Lagos Island, acknowledged receiving payment for carrying out the crime.

Ramon Aniseoju, one of the suspects, claimed that they were hired to obstruct the convoy's movement and prevent it from reaching its destination.

Daily trust report, We were paid to stop the caravan from reaching the palace of the Oba of Lagos and to pass by the people on it, he claimed.

Detectives from Zone 2 Command Headquarters in Onikan, Lagos, apprehended the suspects from their various hiding places on Lagos Island.

Seven further members of an armed robbery gang operating at the Alaba International Market in the state's Ojo region were also apprehended.

They allegedly found cables worth N80 million that were purportedly stolen from a business in the state's Yaba district.

When introducing the suspects, Bode Adeleke, an assistant inspector general of police in charge of Zone 2, which includes the states of Lagos and Ogun, stated, "Recall that recently, Alhaji Tinubu's convoy was ambushed by some hoodlums, and some members of his press crew were hurt. A few of the accused have been taken into custody. Daily trust report.

The AIG identified the main suspect who allegedly financed the attack and claimed that several of the accused had admitted to being members of various cult groups.

He added that the police had intensified their manhunt and that the mastermind would soon be apprehended.

The AIG stated, "They are suspected cultists, who attacked the press crew of the APC presidential candidate entourage on the day they were to meet the Oba of Lagos," through Zonal Public Relations Officer, SP Hauwa Idris-Adamu.

The attack on the press caravan was sponsored by a person whose name we won't publish until he is in police custody.

"The culprits were apprehended after investigations, and they all admitted to having committed the crime. They mentioned the name of the mastermind. They are also members of numerous fraternities within cults. Investigations are still ongoing, and once we have the main suspect in our net, we will update the press.

The Zone's monitoring unit, led by CSP Uba Adams, according to the PPRO, who also paraded nine other suspects in connection with the theft of optical fiber cables valued at roughly N80 million.

At the Alaba International Market in the state's Ojo region, "We broke the chain of the suspected armed robbery syndicate and recovered the complete cables stolen from a company in Yaba, worth at N80 million. On June 20, 2022, the criminals broke into Jus Partners Cosmopolitan Limited, a telecom consultant in Yaba, tied the on-duty security guards, and stole 16 drums of 96 Core Starlite Optic cables.

"A team of covert detectives went to the market with the complainant and gave the company representative instructions to pretentiously enter the center of the business district to conduct a market assessment of the specific wires.

The first individual the company representative met, although being in the business of buying and selling such products, later provided the investigating team a pass to catch the offenders, therefore this concept proved successful.

Content created and supplied by: Lukundu (via Opera News )