Sunday Igboho Talked About The Only One That Can Kill Him.

Sunday Adeyemo popularly known as Sunday Igboho isva Yoruba activist that us believed to be a strong man that commands a lot of spiritual powers.

Igboho who has been in the news recently for the 7 days ultimatum he issued to suspected kidnappers that happens to be Fulani this was according to him. He said the Fulani herders were responsible for the atrocities happening in their land.

Some days ago there was a threat by the government to arrest him, Sunday Igboho after Mr. Garba Shehu revealed that police have been given a directive to arrest him and then transfer his case to Abuja but since then he has been free going about without any news of him being arrested.

Sunday Igboho is one person that talks about his powers openly without fear of being attacked by others. 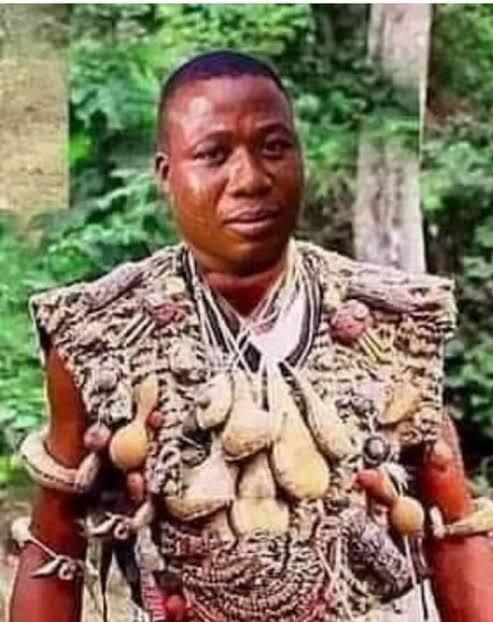 See what Sunday Igboho recently said about the only one that can kill him.

In his words, he said,

“I am not afraid of anything or anyone but God. God is the owner and controller of every soul. It is only God who can kill me. No human being can kill me, so I cannot be afraid of any mortal". Igboho partly said.

Mr. Sunday Igboho seriously believed in his juju powers. But talking the way he does is not a way of showing us his powers. If he can't be killed as he claimed, why not go to sambisa forest and fight boko haram singlehandedly?

Comment about what you think of this strong man.

adeleke code to check uba account balance happy birthday wishes for lover mbgn 2019 nigeria daily news
Opera News is a free to use platform and the views and opinions expressed herein are solely those of the author and do not represent, reflect or express the views of Opera News. Any/all written content and images displayed are provided by the blogger/author, appear herein as submitted by the blogger/author and are unedited by Opera News. Opera News does not consent to nor does it condone the posting of any content that violates the rights (including the copyrights) of any third party, nor content that may malign, inter alia, any religion, ethnic group, organization, gender, company, or individual. Opera News furthermore does not condone the use of our platform for the purposes encouraging/endorsing hate speech, violation of human rights and/or utterances of a defamatory nature. If the content contained herein violates any of your rights, including those of copyright, and/or violates any the above mentioned factors, you are requested to immediately notify us using via the following email address operanews-external(at)opera.com and/or report the article using the available reporting functionality built into our Platform