Chelsea Wary That PSG Defender Kimpembe Could Reject Them

By RelationshipTalks05 (self media writer) | 25 days ago

Chelsea are allegedly getting concerned that Paris Saint-Germain defender Presnel Kimpembe will refuse to join them at Stamford Bridge if they offer him a lucrative contract. Chelsea and PSG center-back Presnel Kimpembe are negotiating a £50 million trade, according to the Evening Standard. According to reports, there are rising concerns over whether or not a move will be made with the 26-year-old. 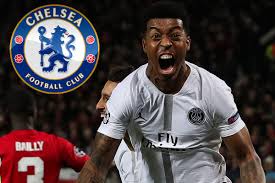 Reports say Ligue 1 giants PSG would be willing to sell France international Kimpembe, but the France desire to stay put is a "key factor" holding up the deal.

Chelsea's signing of Kimpembe, despite the fact that negotiations are underway, does not appear to be a foregone conclusion. In addition to his 28 caps for France, the left-footed central defender has a wealth of experience at the highest level with Paris Saint-Germain.

N'Golo Kante and Thiago Silva have been in talks about a possible move to West London, according to the Evening Standard's story.. Thomas Tuchel, the Blues' manager, is a fan, having coached him in the past. 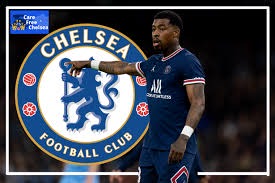 Adding Kimpembe to Chelsea's defensive options is a no-brainer, but you don't want to place a player in an uncomfortable situation. The arrival of Kalidou Koulibaly, a 31-year-old defender from Napoli, has already marked a significant step forward for Chelsea this summer. Most fans, on the other hand, think that the team could use one more defender. Chelsea is reportedly close to signing Sevilla's Jules Kounde, who is a center-half.