We Can Invite Foreign Fighters To Destabilise Nigeria- Bandit Leader.

The issue of banditry and terrorism in the country seems to be getting out of hand. It was yesterday reported that Sheikh Gumi met with with bandits in Zamfara State, so as to look for a lasting solution to all the activities of bandits in the state. 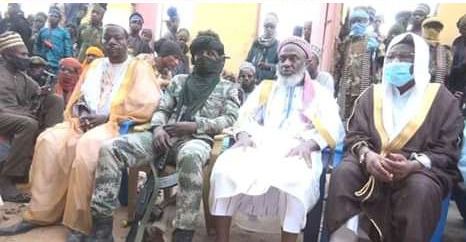 Based on that note, it was reported that a bandit leader who goes by the name Kachalla Turji said that his group can call for foreign support, to fight Nigeria and aswell destabilise the country.

HumAngle reported that the leader of the bandit group spoken via a video he shared on Facebook. According to the report, he spoke against the efforts of the government to underestimate the strength of his group after the meeting they had with Abubakar Gumi, on Tuesday. 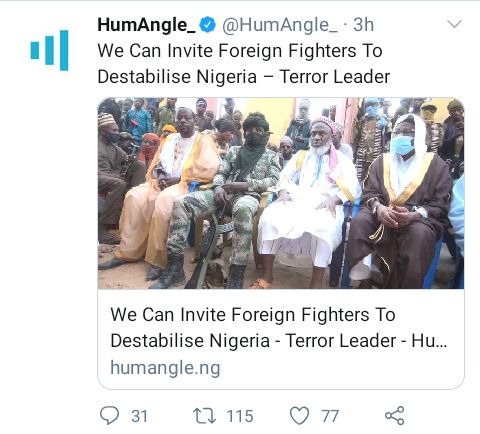 On the said video, the bandit leader was seen holding machine guns and rifles too. He wore a camouflage fatigue, he reportedly told Gumi that the Nigerian government never kept promises. 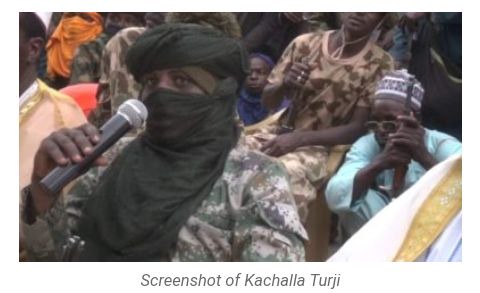 Thousands of people have lost their lives as a result of this insecuriy, and others spent millions of Naira to regain their freedom after being kidnapped.

Both the federal and various state governments should please try and do the needful so as to bring peace back in different parts of the country.

baba ijebu lotto world best polytechnic in nigeria 2019 betja old mobile hubert ogunde npower gov ng 2019
Opera News is a free to use platform and the views and opinions expressed herein are solely those of the author and do not represent, reflect or express the views of Opera News. Any/all written content and images displayed are provided by the blogger/author, appear herein as submitted by the blogger/author and are unedited by Opera News. Opera News does not consent to nor does it condone the posting of any content that violates the rights (including the copyrights) of any third party, nor content that may malign, inter alia, any religion, ethnic group, organization, gender, company, or individual. Opera News furthermore does not condone the use of our platform for the purposes encouraging/endorsing hate speech, violation of human rights and/or utterances of a defamatory nature. If the content contained herein violates any of your rights, including those of copyright, and/or violates any the above mentioned factors, you are requested to immediately notify us using via the following email address operanews-external(at)opera.com and/or report the article using the available reporting functionality built into our Platform