Edo Election: Edo people need to do this to Oshimhole and APC (Opinion)

The political environment is one that is always full of different moves every day. If there's no election to discuss, there's still pre or post-election discussion or political appointment news, hardly will a day go without a political debate on the news on the front pages of our dailies and social media pages.

The most discussed political issue presently is the election coming up in Edo state. Unlike the last election, the 2020 election is full of anxiety among supporters of People Democratic Party, the All Progressive Congress and the people of Edo state on who is going to carry the day. The reason for the anticipation isn't far fetched, the present Governor of the state left the All Progressive Congress for the People Democratic Party to seek reelection after he was denied ticket to return by the APC. 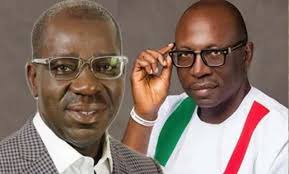 Although the election is going to be between Godwin Obaseki of PDP and Pastor Ize-Iyamu of APC on the ballot paper. The primary battle is between the Governor, who is also the candidate of PDP, Godwin Obaseki and Adams Osbiomhole who was the Chairman of APC and the Former Godfather of Godwin Obaseki. 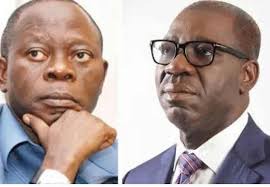 Adams Oshiomhole brought Obaseki in 2016 when he campaigned for him and lured the people of Edo state to support Obaseki has his successor. If there is something more than credit for making Godwin Obaseki the Governor in 2016, Adams Oshiomhole deserves it. 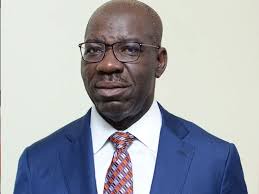 He didn't only campaign for Obaseki, Oshiomhole also made some damaging comments about the personality of the People Democratic Party 2016, Governorship aspirant, Pastor Ize-Iyamu. Unfortunately for Adams Oshiomhole, he will be campaigning for the man he accused of so many crimes in 2016. Adams will have to whitewash the man he painted black in 2016, it is not always hard for politicians yo change mouth, as a matter of fact, it's not only Oshiomhole that does something like that, it is almost every one of them. 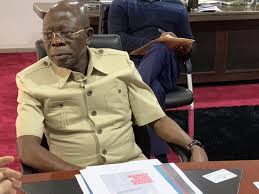 They always think they can influence people decision and turn their heads anytime they like with propagandas and negative comments about those who are not doing their own. 2020 Edo election should be a way for people to let politicians know that they need to be careful when campaigning.

Adams Oshiomhole that called Godwin Obaseki to an angel in 2016 is now calling him a snake, and he will need to campaign for someone that he said cannot lead a class not to talk of a state. Edo people should punish Adams Oshiomhole and APC for their 2016 campaign, in other to send a signal to other political godfathers in the country..

Do you think the people of Edo should trust Oshiomhole again?