Anambra Governorship Debate: How A Wonderful Debate Was Almost Marred By Personality Issues

By Rerumaliss (self media writer) | 1 month ago

The three major contenders in the upcoming November 6 governorship election in Anambra state engaged each other yesterday in a debate that was broadcast live by ARISE TV in conjunction with Enough is Enough. The three aspirants that comprises of Professor Chukwuma Soludo of the All Progressive Grand Alliance (APGA), Andy Uba of the All Progressive Congress (APC) and, Valentine Ozigbo of the Peoples Democratic Party (PDP) were given the opportunity to reel their manifestoes. 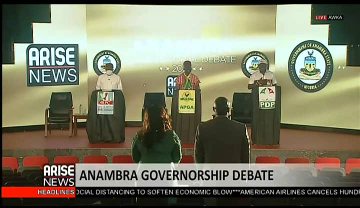 Soludo who appeared to be the most articulate however, veered off track while explaining his manifesto as he accused his co-debator, Uba of kidnapping and forgery. The APGA candidate accused Uba of being behind the abduction then governor of Anambra state, Dr. Chris Ngige in 2004. The former Central Bank of Nigeria (CBN) governor went further to question the authencity of Uba SSCE certificate.

In the midst of the heated exchanges, with Ozigbo watching with keen interest, the APC candidate fired back at his accuser that it was through his connection that Soludo was made governor of the apex bank which the APGA candidate denied. 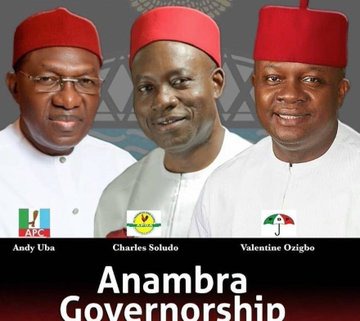 There is no doubt aspirants tried tried their best to explain what they can do as governor of the state. The onus now lies on the Anambra voters to make their choice come Saturday.

It is worthy to note that despite the mudslinging, accusations, and at a point the comical nature of the two of the candidates during the debate, the three aspirants shook hands and embraced themselves amidst banters and laughter as the event was brought to an end. 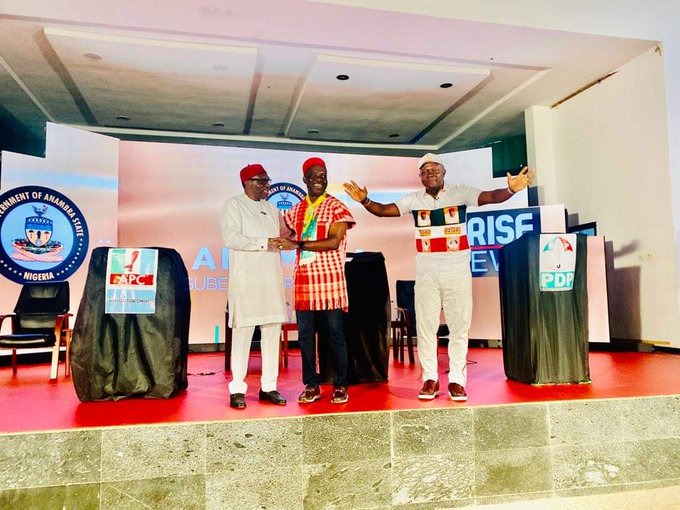