EPL: Gabriel Jesus Is Set To Light Up The Emirates This Season.

By Resourceful (self media writer) | 18 days ago

Gabriel Jesus may not play entirely as a center forward at the Emirates Stadium because he moved from Manchester City to Arsenal, but he should still get plenty of playing time. 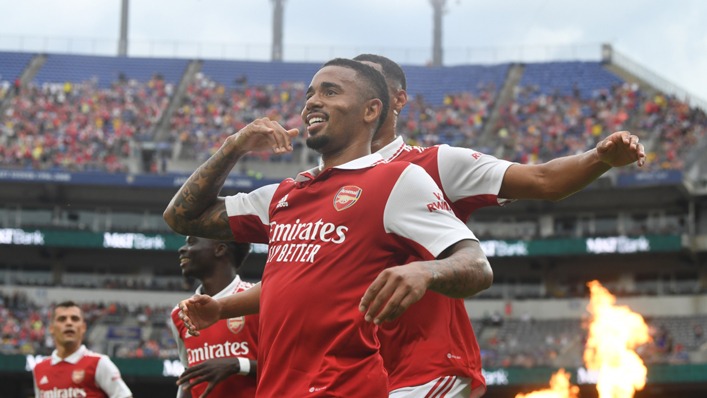 He was mostly cast in a supporting role in Manchester, when at Arsenal he could have been the star. Jesus seems to be a captivating talent, and Arsenal manager Mikel Arteta will be hoping that he can score the goals that would help his team finish in the top four.

Gabriel Jesus scored against Chelsea on Saturday night for his fourth goal in as many friendlies, but he had to leave the game due to what appeared to be an injury. 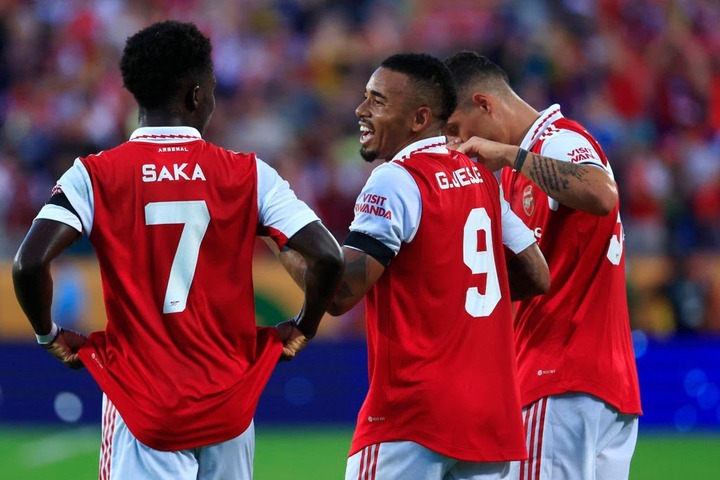 Arsenal fans are quickly becoming fans of Gabriel Jesus, who has been on fire during preseason. The former Manchester City striker has four goals and an assist in his first four games, with his most recent goal against Chelsea giving the Gunners the lead.

Jesus was once more posing a threat, so the Chelsea players reacted by giving him a light kick. After giving it some thought, Mikel Arteta decided not to use the striker, informing the media that they didn't want to gamble with his readiness.

Since Arsenal's tour of the United States is complete, Jesus will have a week to recover from his injury and assess it before their forthcoming friendly.

Given that it will be his first opportunity to represent Arsenal in front of Emirates Stadium supporters, the Brazilian will definitely want to be prepared for that game. Arsenal will play Sevilla on July 30 in the ongoing Emirates Cup.

Nonetheless, the North Londoners, who fell to Spurs in the Champions League race last season, will be eager to improve on their 3-0 hammering at Crystal Palace when they visit Selhurst Park for the league opener.

How many goals do you think Gabriel Jesus will score for Arsenal in the EPL this season?