Is America's military as strong as it is portrayed to be, or is it an illusion?

Stronger. USA's force projection, heavy lift, and logistics are unrivaled by several orders of magnitude. If you think that's not a big deal, it is. They can move 100's of thousands of fighters, weapons, armor, and all the other little things a few thousand miles, support, resupply, and sustain that in 2 countries with almost it not even affecting our economy or way of life back in the US.

That's not even getting into weapon systems, caliber of training, and quality of its members. They can take the fight anywhere, dictate tempo, and if this goes south get everyone back and have oceans on either side to give them a huge defense in depth. Without breaking out the war crime weapons on us, it's just a dream of anyone giving a serious fight. The logistics capabilities of the US is probably one of the most important reasons they are that strong. 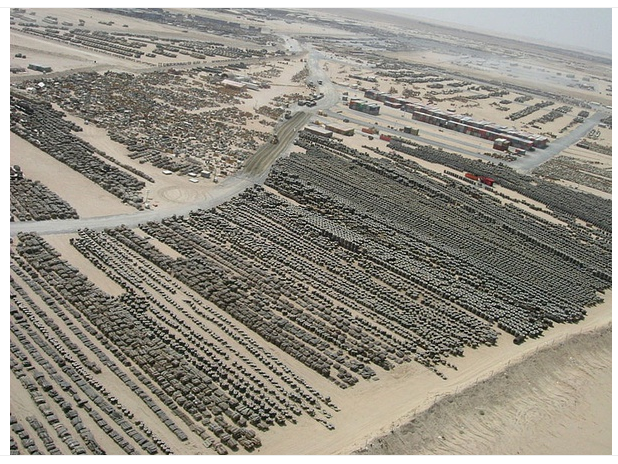 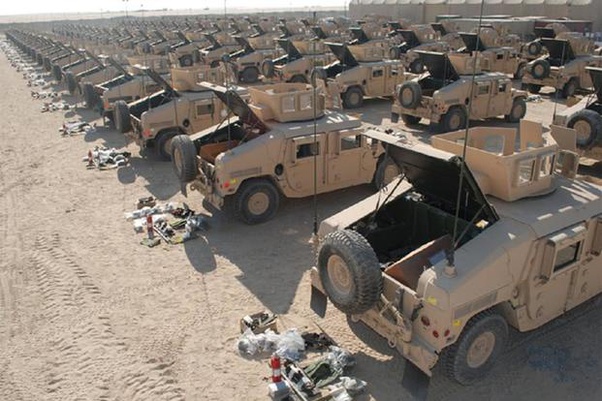 The US military, which is the beneficiary of over half of their discretionary spending, is the best-funded military in the world. It has the most advanced weaponry, logistics, and communications, and can project devastating force to any corner of the globe. It’s perfectly poised to fight, and win, a higher-tech version of World War Two. If the Soviets ever try to invade Western Europe through the Fulda Gap, they’ll be able to stop them. Except that isn’t going to happen. The Soviet Union hasn’t existed for nearly three decades. What they have faced since the end of World War Two is the demise of the nation-state as the sole legitimate agent of warfare. “Conventional war,” the meeting on the field of battle of national armies, hasn’t happened since hostilities ended in 1946. The 74 years since then have been the longest the major powers have gone since the Peace of Westphalia in 1648 without a direct conflict. That could either mean they’re due for one, or that “conventional war” is over with.

That doesn’t mean warfare is over with, however. People have always fought wars, and that hasn’t changed; the difference is that they’re being fought by drug gangs, terrorists, and mercenaries. Before the Peace of Westphalia, anyone who wanted to put an army together to do whatever they wanted was free to do so. After a 300 year hiatus, they’ve returned to that state of affairs; they just haven’t realized it yet. They have battleships, aircraft carriers, bombers, fighter jets, tanks, and all manner of cutting-edge hardware that costs a small fortune, and will never be used in an actual war. The elements they use, like Special Forces, altogether cost around the same as one aircraft carrier. Warfare will continue to be “asymmetrical;” the word for when a superpower faces an enemy that refuses to fight by the expected rules, either the Geneva Convention or any others.

What’s needed is more capacity for cyber warfare, special operations, and public relations, to name a few. Right now, we’re hampered by our attachment to the past, and a mindset that more expensive equipment is the answer. Until we figure that out, the strength of the US military will be an illusion because despite its size and technological prowess, it’s not prepared to face the conflicts of the 21st century.