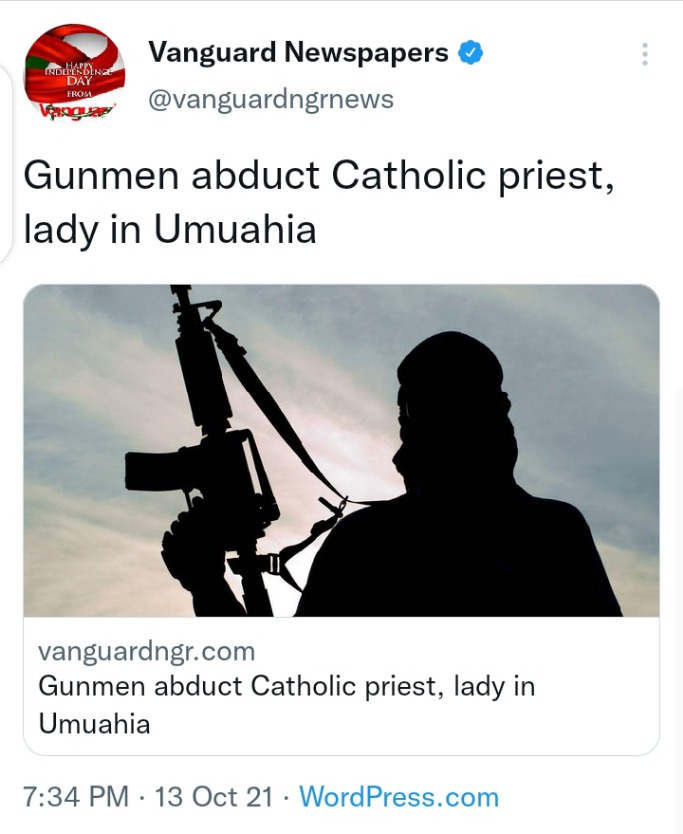 According to the News Agency of Nigeria (NAN), the victims were abducted in separate incidents in the early hours of the day.

While the priest was kidnapped on the Enyiukwu Road in Ohokobe Afaraukwu, near the church, NAN learned that the lady was kidnapped at a petrol station on Aba Road, near Madonna Catholic Hospital in Umuahia. 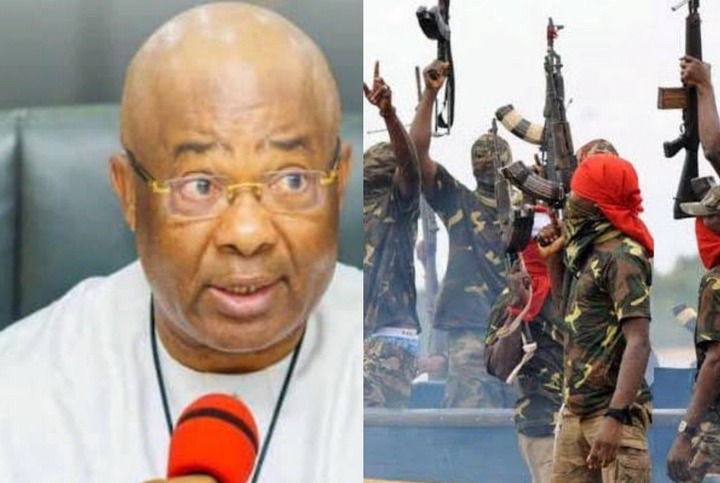 THE Imo state governor, Senator Hope Uzodinma, Wednesday said that the state government was talking with leaders of the Indigenous People of Biafra, IPOB, behind the scene with a view to finding solutions to the insecurity in the state. 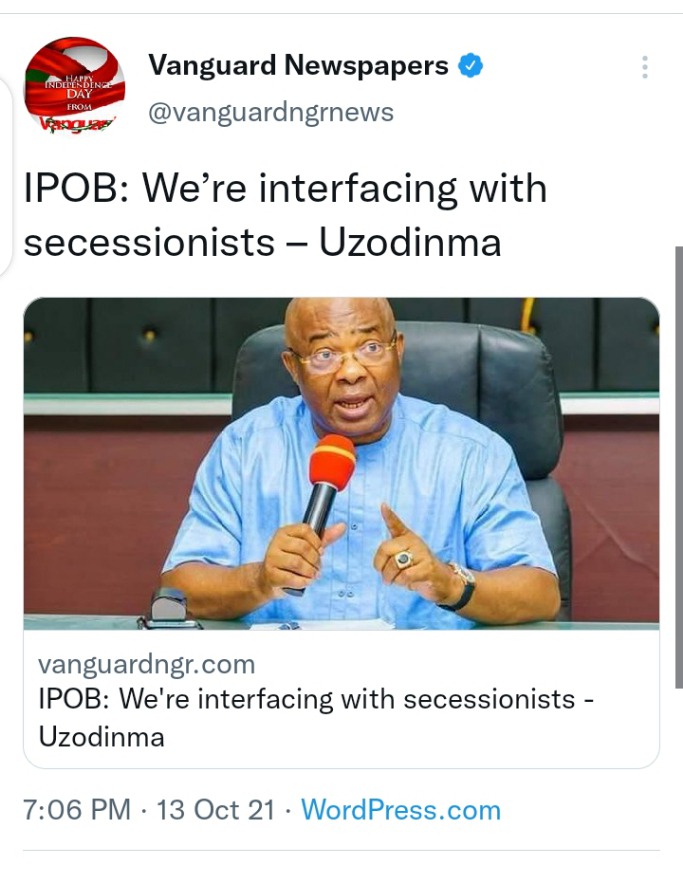 He stated that the meeting was held to thank the President for visiting Imo State to commission "some strategic projects" built by his administration.

He also stated that he briefed the President on the state's security situation, adding that Imo was relatively peaceful.

Five persons have died in a petrol fire incident in Mubi town in the northern part of Adamawa State. 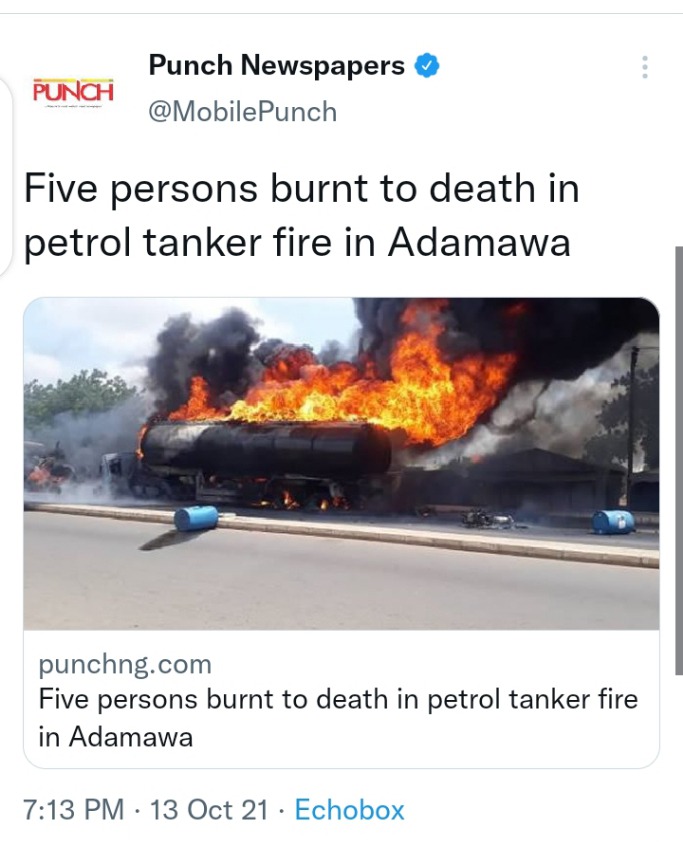 According to witnesses, the fire began in the early hours of Wednesday at a filling station in Kasuwan Gyela when fuel was being transferred directly from a petrol tanker into hundreds of jerry cans.

According to residents, at least five people died as a result of the inferno, and many others were injured.

The fire also destroyed dozens of tricycles parked near the filling station, according to Madobi.

Confirming the incident, Dr Muhammad Sulaiman, Executive Secretary of the Adamawa State Emergency Management Agency, said three people had died and two others were being treated at a hospital.

President Muhammadu Buhari on Wednesday said his administration has set aside N600 billion loan to support 2.4 million farmers across the country. 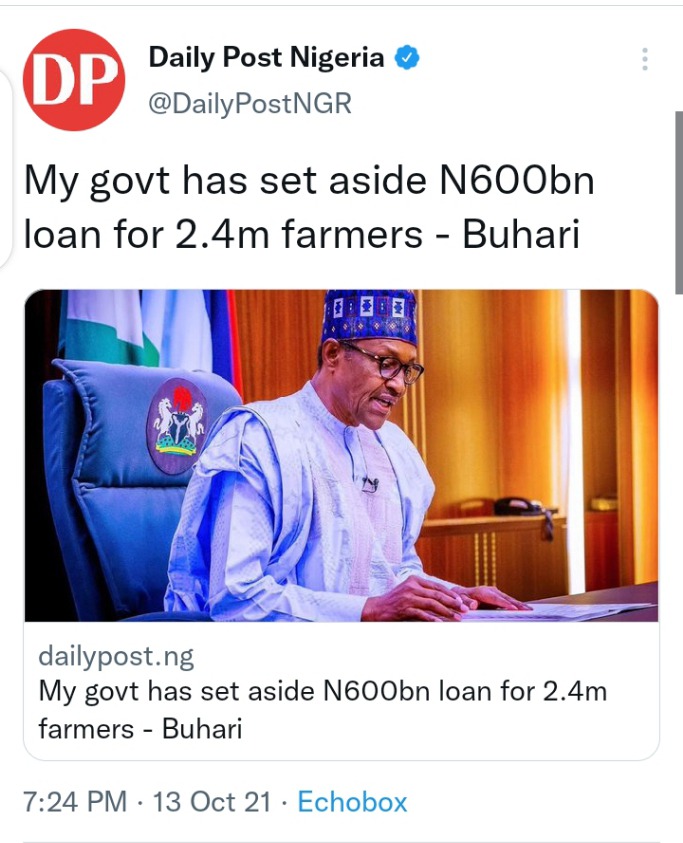 He made the announcement at the opening of the National Agricultural Show/Exhibition of the 2021 World Food Day on Wednesday in Abuja, according to NAN.

The president, who was represented by the Minister of Agriculture and Rural Development, Dr Mohammed Abubakar, stated that his government was determined to address the challenges confronting Nigeria's agricultural sector.