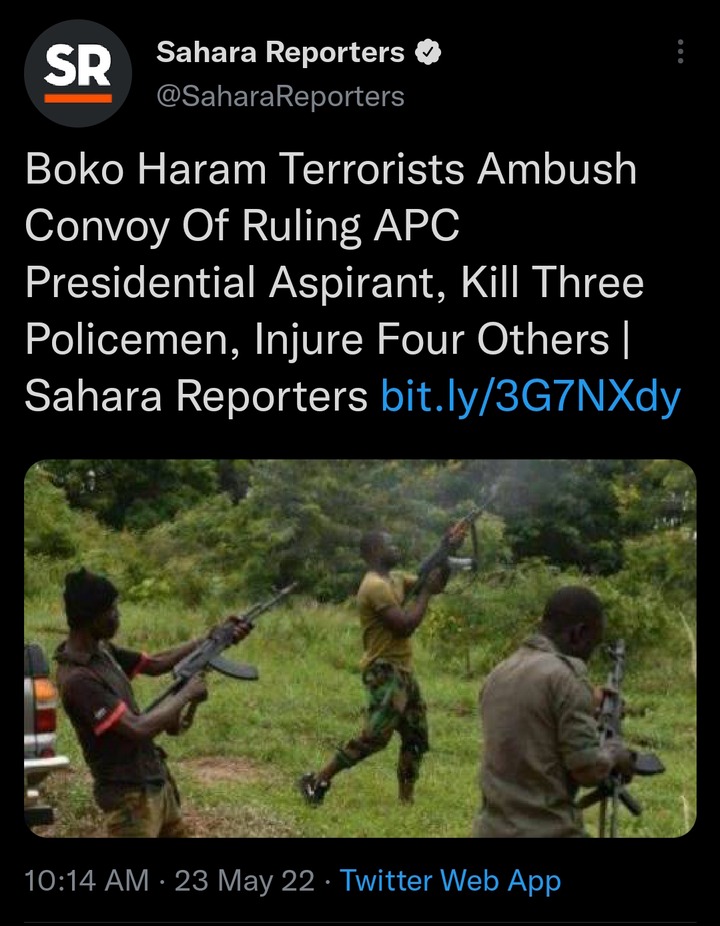 Security sources told SaharaReporters that the insurgents attacked the convoy along Maiduguri-Damaturu Road while it was travelling from Abuja for a presidential campaign in Maiduguri.

Former Governor of Lagos State, Bola Tinubu; Former Minister of Transportation, Rotimi Amaechi and Tein T.S. Jack-Rich, all presidential aspirants of the APC were in Borno during the weekend. 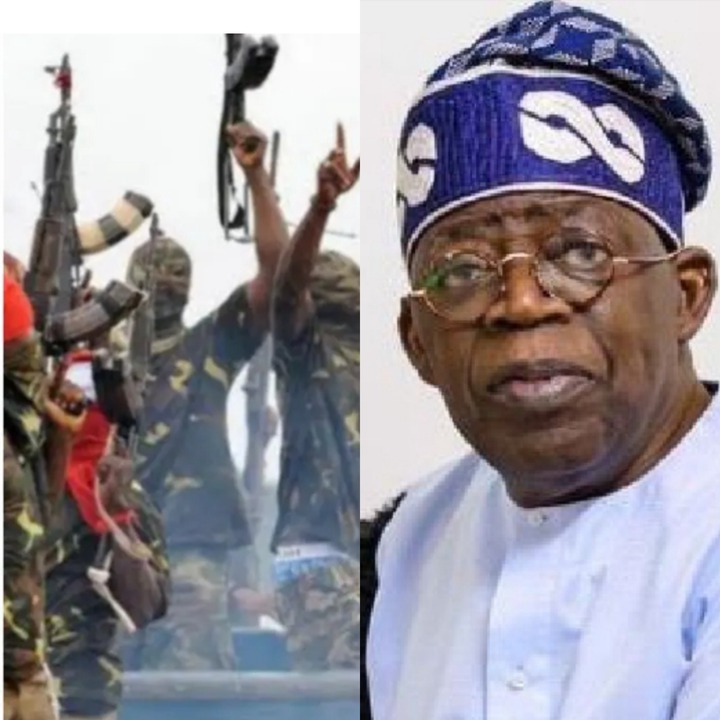 Tinubu Has No Reps- Lawmaker 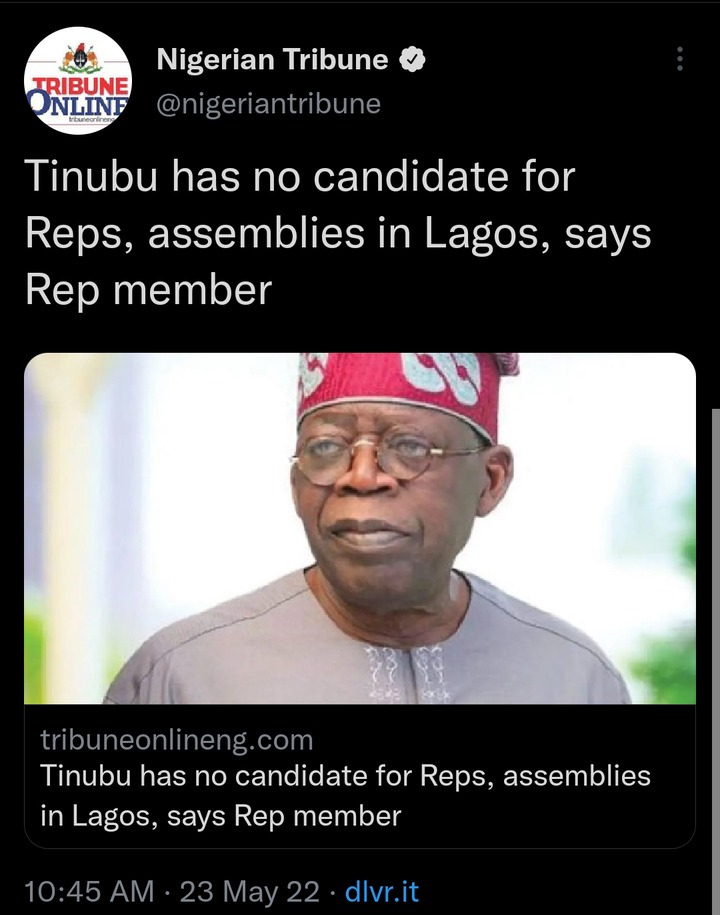 Asiwaju Bola Ahmed Tinubu, a National Leader and Presidential aspirant on the platform of the All Progressives Congress (APC) has denied endorsing or asking anyone jostling for the Lagos State House of Assembly or House of Representatives ticket from Mushin Federal Constituency of Lagos State or other places to step down.

According to a statement made available by a member of the 9th House of Representatives who pleaded anonymity, Tinubu had at no time endorsed nor interfered in the choice of any of the aspirants vying for various elective offices in the state.

While confirming Tinubu’s stance through a statement issued by his Media Aide, Tunde Rahman last Thursday, the lawmaker dismissed the insinuation that the National leader of the APC had endorsed certain aspirants already in Mushin and other Local Governments despite saying otherwise the day he endorsed Governor Sanwo-Olu for a second term.

He maintained that Senator Tinubu had no preferred aspirant vying for other offices in the forthcoming elections, adding that promoters of the falsehood are only doing that to suit their narratives. 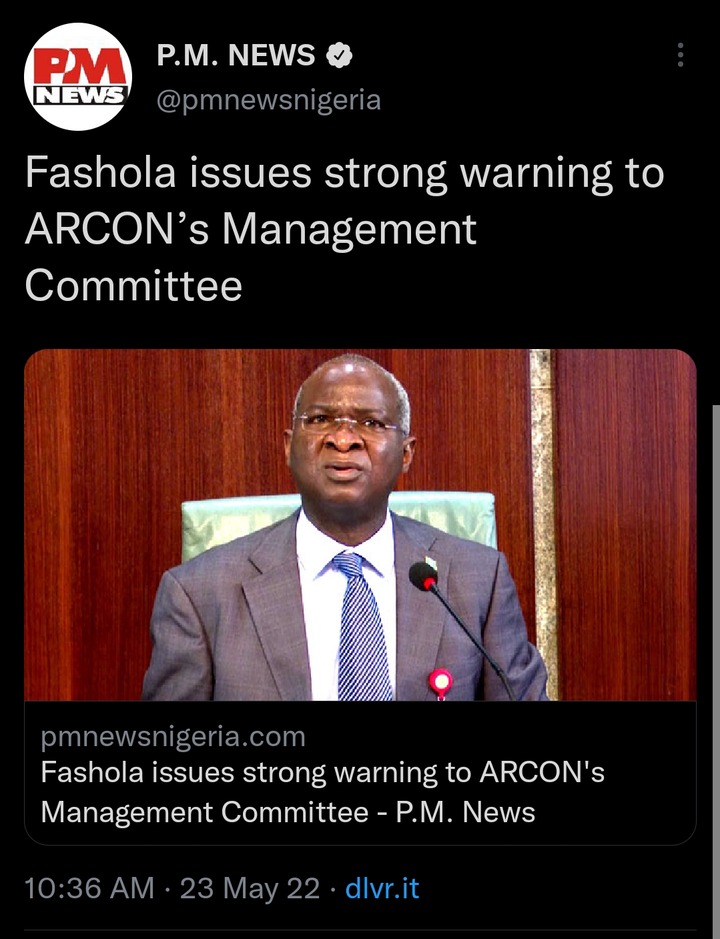 The Minister of Works and Housing, Mr Babatunde Fashola on Monday warned a management committee set up by Architects Registration Council of Nigeria (ARCON) against usurping the powers of its regulatory body.

The Management Committee of ARCON is a transition committee created by law to undertake ARCON’s routine management upon expiration of tenure of its statutory council and pending constitution of a new board.

Fashola, in a statement on Monday by the Permanent Secretary, Federal Ministry of Works and Housing, Mr Bashir Alkali was reacting to newspaper publication in which the management committee was planning major programmes and an evaluation assessment for architects without contacting ARCON, its regulatory body.

The Minister noted that the management committee was acting beyond its powers by not collaboration with its regulatory body to form quorum in taking major decisions as spelt out by the laws establishing it. 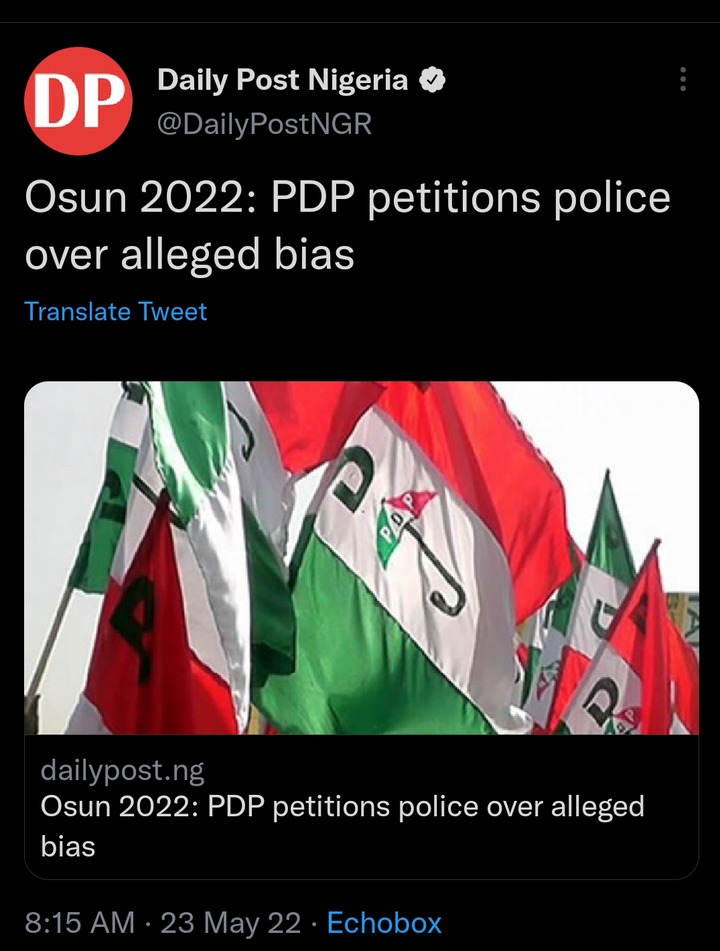 The Peoples Democratic Party (PDP) in Osun State has expressed shock at the reaction of the Osun Command of the Nigeria Police towards its pre-campaign rally which was held in Osogbo on Friday, May 13, 2022.

This is as the party also condemned the Police for raising issues over the pre-campaign rally, as it formally notified the Command of its intention to hold a peaceful procession by its supporters who had come out en-masse to show their unwavering love for their candidate.

The PDP, which expressed dismay by the police correspondence to that effect, in a petition signed by Adekunle Akindele, its Osun Chairman, Caretaker Committee accused the police of clear bias towards the party and their planned peaceful rally. 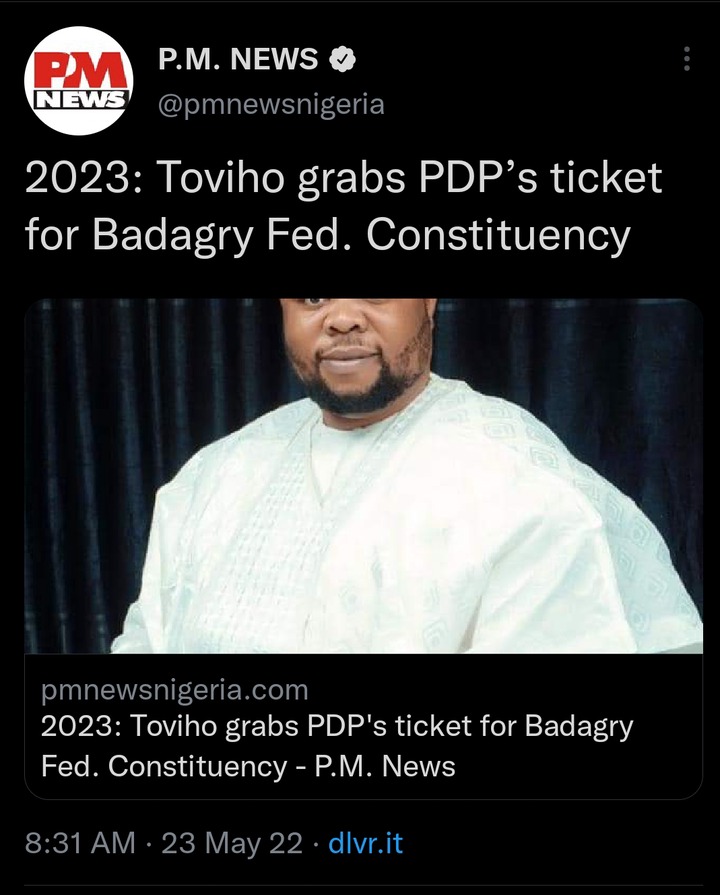 The Peoples Democratic Party, PDP on Sunday evening declared Mr Olayemi Toviho the winner of its ticket for the Badagry Federal Constituency.

Declaring the result of the primary election, the party electoral officer, Mr Johnson Avoseh, said that Olayemi scored 31 out of 32 votes cast to defeat Mr Adekunle Lebile, who scored one vote.