Pundit explains why Arsenal will most likely lose to Liverpool.

By robustaction (self media writer) | 11 days ago 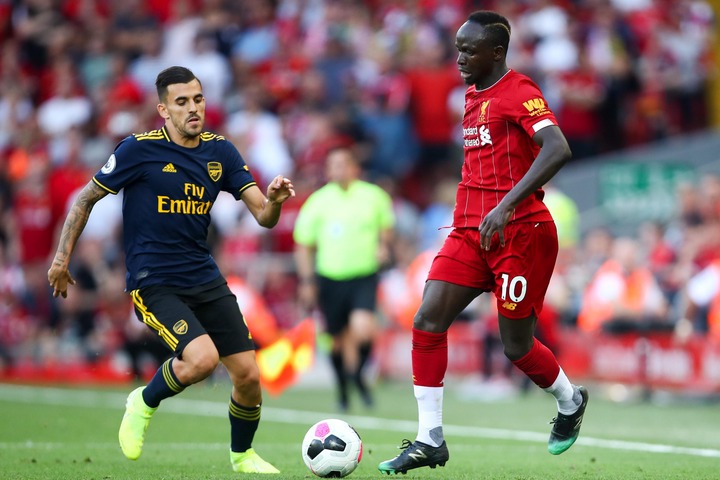 Arsenal travels to Anfield on Saturday to face Liverpool, The Gunners have been on a roll in recent months, going unbeaten since losing 5-0 to Manchester City in the final week of August.

This excellent run has propelled them to fifth place, just two points behind Liverpool. Arsenal is no longer the major underdogs going into this match, according to pundit Michael Owen, it is their defense that will allow Mikel to go downtown. Owen believes Liverpool will take all three points because the Gunners' defense is shaky.

"This fixture has produced some classics over the years; could we see another here?" Jurgen Klopp was understandably irritated after the Reds draw against Brighton with a defeat against West Ham. They've had some defensive problems in recent weeks, which will need to be addressed.

Arsenal has now won three consecutive games with only one goal conceded. This, on the other hand, will be a major litmus test for where they stand, and can still disprove Owen's claims with their current form.

"I think Liverpool will get back on track here." I see Arsenal scoring, but I'm not confident in their defense. 3-1 Liverpool. "

This season, Arsenal's first-choice defensive pairing has been Ben White and Gabriel, who looked flustered and out of ideas at the start of the season.

They were constantly bullied by the physical strikers, and it was almost certain that this pairing would not work.

Since then, White and Gabriel have managed to turn things around, and as of match week 11, Arsenal has a goal difference of 0 and has conceded only 13 goals.

While this may appear to be a lot when compared to Chelsea or Manchester City, the reality is that Liverpool have conceded 11 goals despite having defenders like Konate and Matip.

Van Dijk remains one of Europe's best defenders, but the Dutchman is no longer feared on the English circuit. West Ham United smashed three goals past Liverpool's defense just before the break.

Separately, Arsenal's defense may not be able to stand up to Salah and co, but they can certainly balance things out on the other end of the field.

Mikel Arteta will undoubtedly have full faith in his centre-backs and full-backs, but the Arsenal manager understands that his team only needs to score one more goal than Liverpool to pick up three points.