Opinion: APGA Can Be Used To Get Igbo Presidency In 2023

By ReligiousCritics (self media writer) | 21 days ago 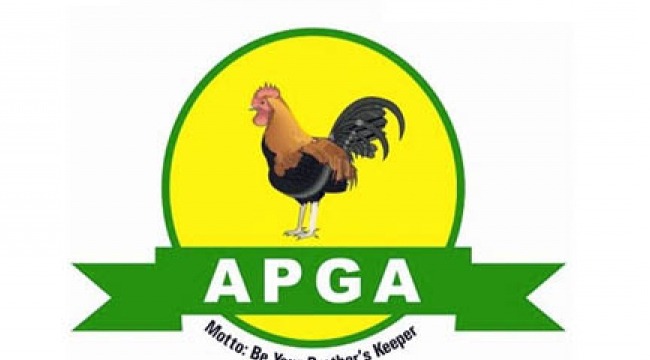 As 2023 gets closer, the politicking activities for who becomes the next president keeps increasing. Several individuals and all major tribes; Hausa, Igbo, Yoruba have shown interest in presenting a candidate to become the next president of Nigeria after President Muhammadu Buhari.

Among the tribes, the Igbo happen to be more interested in the position because it’s been a while since someone from that tribe got to the number one position in the country. As a matter of fact, top leaders in the eastern part of Nigeria have cried out openly against this development. They are of the opinion that there are people gathering against one of their own becoming the president of Nigeria. They have also accused the present administration of sidelining them by not giving them important appointments in the country.

Even though the Igbo leaders have accused powerful people of preventing them from getting the position of a president in Nigeria, one major challenge which they have failed to identify is platform. Of a truth, there are intelligent and sellable individuals among the igbos but the fact that they don’t have a strong platform of their own that can stand beside others is a problem.

For the Yorubas, we all know that the All Progressive Congress (APC) was the brainchild of Asiwaju Bola Ahmed Tinubu. He stared from AD, then to ACN, then to APC of today. The north foundation in politics can be traced to the people democratic party (PDP) because the major financiers of the party are northerners. For the igbo, there is currently no platform they can call their own at the federal level except for the All Progressive Grand Alliance (APGA) which is only represented in one state out of 36; Anambra.

Anambra governorship election just held and we saw how APGA performed well in the election, the party got the first position despite the fact that the odds were against them, this is to show that the people of Anambra who are Igbos are used to the party already.

Despite the strength of APGA, it’s unfortunate that the party has been limited to Anambra alone when it can spread its tentacles to other eastern states.

Now that 2023 is coming, every igbo politician has an agenda to push for presidency and obviously, no one between APC and PDP is ready to give an Igbo man the presidential ticket, the best they can get Is vice president ticket. APGA being an igbo party is the best bet for igbo presidency in 2023. All the politician need to do is unite, pick a candidate and fly under APGA.