By Garbxtpen (self media writer) | 15 days ago 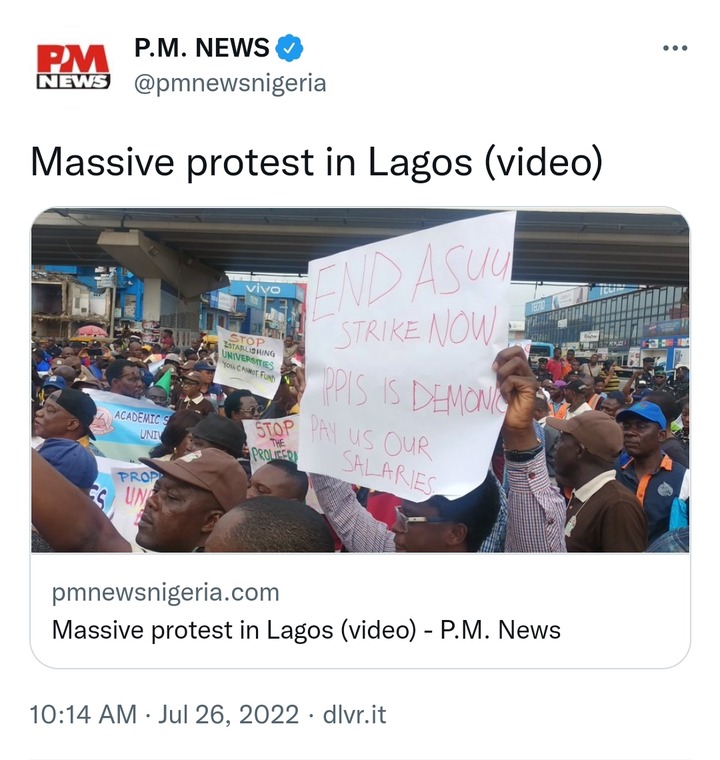 Members of the Nigeria Labour Congress have embarked on a massive protest in Ikeja, the Lagos State capital.

The protest currently held is in solidarity with the strike action of the Academic Staff Union of Universities.

However, the protesters also used the opportunity to beam more light on other issues affecting the nation.

The protesters carried placards with several inscriptions such as ‘Stop importation of petrol, refine the refineries’, ‘Nigeria at 60 years of independence, more hunger in the land, etc.

Buhari Must Go, Terrorism Has Taken Over Nigeria -Falana 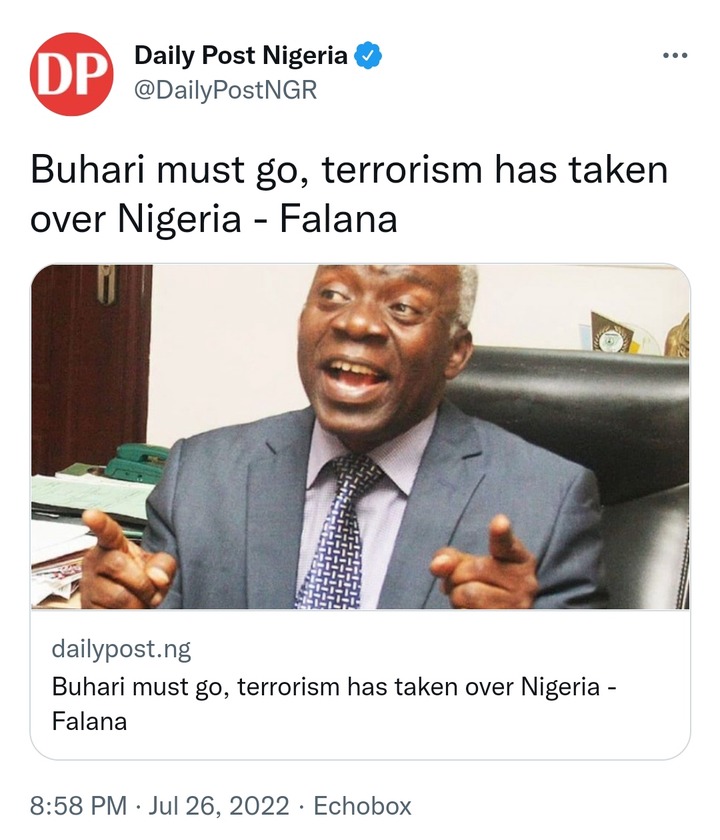 Falana stated this while speaking at the Nigeria Labour Congress (NLC) protest in Lagos on Tuesday.

He also made reference to Buhari’s remarks that he is eager to leave office.

“The living standards of our people are getting worse by the day. We didn’t vote for a regime to cause hardship in Nigeria and that is what is going on,” Falana said. 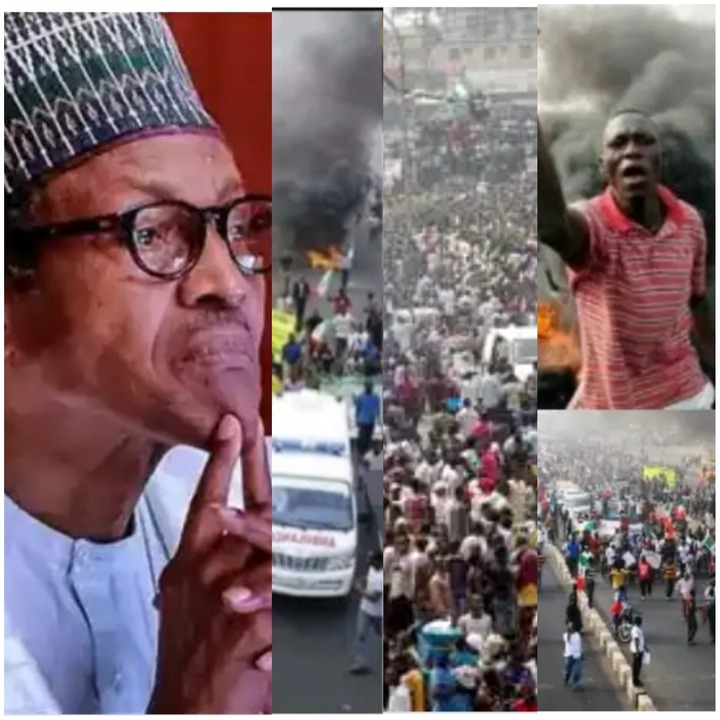 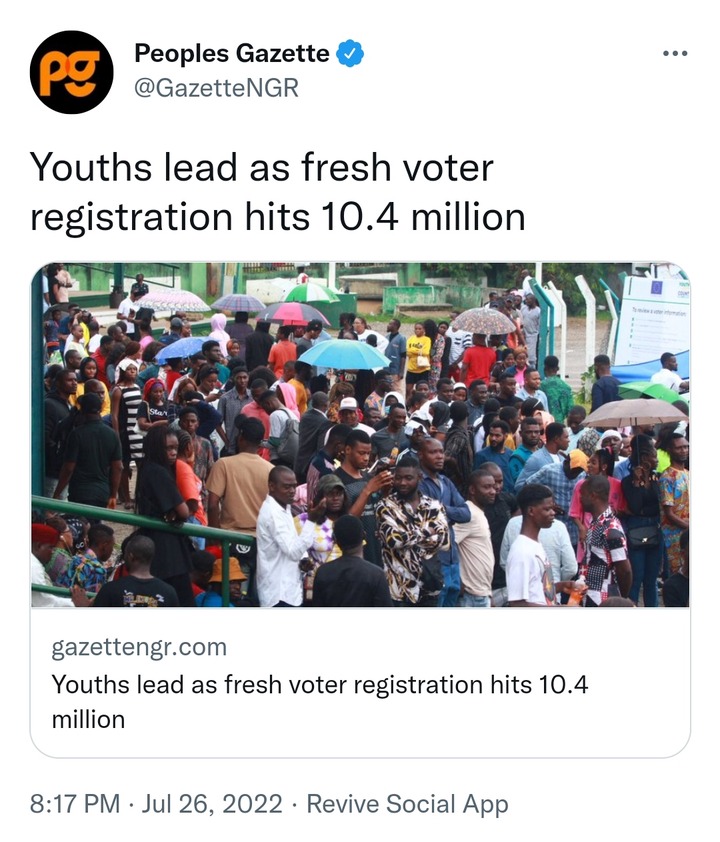 In its weekly update on Tuesday, INEC also said 11 million registrants had completed their registration.

The commission said those who have completed their registration include 5,453,071 males and 5,558,048 females, out of which 80,101 were People Living with Disabilities.

Buhari Exposed To Be Toothless, Sooner Or Later He Can Also Be Kidnapped Like Other Nigerians -Former President’s Ally, Galadima 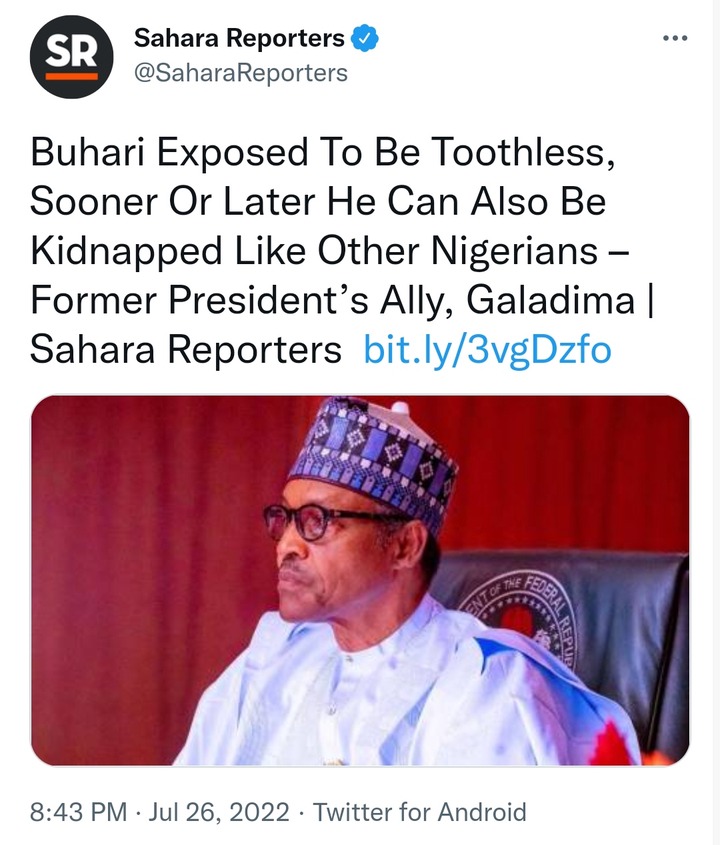 A former ally of President Muhammadu Buhari and former chieftain of the ruling All Progressives Congress (APC), Buba Galadima, has said that the security situation in Nigeria has proved that Buhari knows nothing and cannot do anything to stop terrorism and banditry in the country.

During an interview with BBC Hausa, Galadima, now a chieftain of the New Nigeria Peoples Party (NNPP), said with the lingering insecurity in Nigeria, Buhari may soon be kidnapped by terrorists.

He further noted that if terrorists can attack and break Kuje Correctional Centre in Abuja, Nigeria’s capital, it shows that the President is not safe.