By Openews (self meida writer) | 17 days 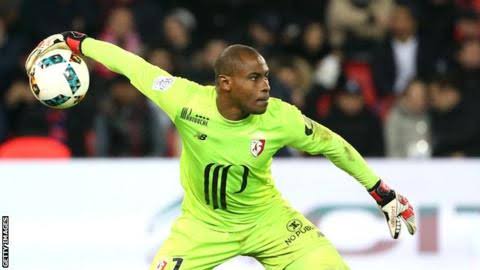 The European football governing body popularly known as UEFA has revealed that Super Eagles of Nigeria Legend Vincent Enyeama was the third goalkeeper to ever score in the UEFA Champions League, after the 2013 Africa Cup of Nations winner scored a goal for Hapoel Tel Aviv in the competition against French Ligue 1 giants Olympique Lyon in 2010. 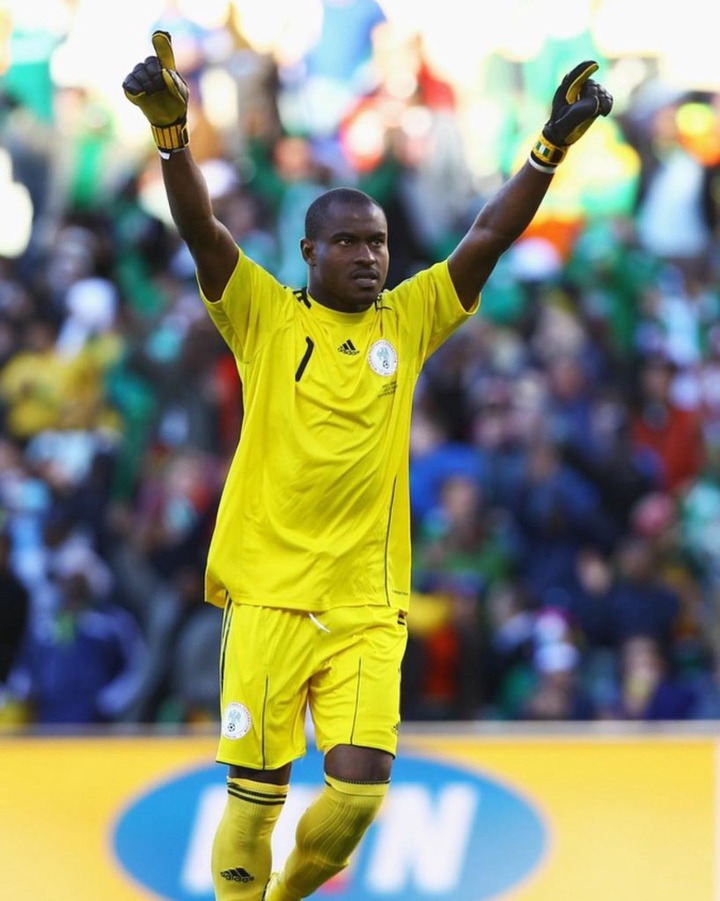 Vincent Enyeama is one of the best goalkeepers that has ever been produced in Africa football history, and he was known for his excellent performance for both clubs and country during his playing days.

Vincent Enyeama who came to limelight when he was representing the Enyimba FC of Aba in Nigeria before moving to Europe, where he also set a lot of records for himself. 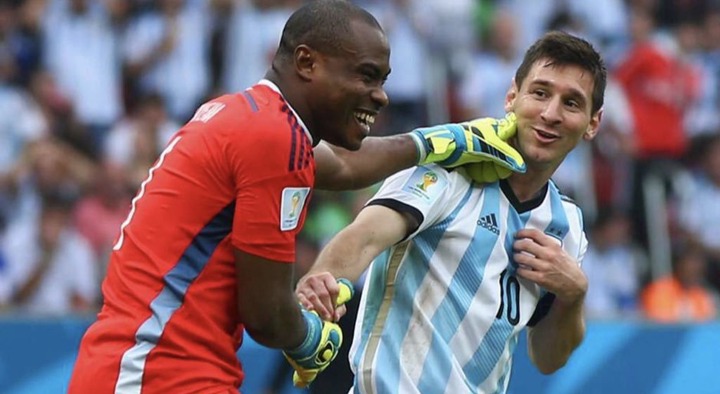 During his time with Hapoel Tel Aviv in Israel, Vincent Enyeama was given the opportunity to play penalties and free kicks for the club, and he was able to score the total number of 15 goals for the club, among which was a goal in the UEFA Champions League against Olympique Lyon in 2010.

The Legendary goalkeeper had a great record, and his outstanding performance for Hapoel Tel Aviv made him to be signed by LOSC Lille of France in 2011, where he became the club's number 1 goalkeeper immediately, and he also won many awards with the club, and he also kept the most consecutive clean sheets in the club's history (11 straight matches, before his defender Kjaer netted an own goal to end the record).

The European football governing body UEFA posted a short video on their verified Twitter handle on Thursday night that Vincent Enyeama was the third goalkeeper to ever score in the Champions League.

"🇳🇬 Vincent Enyeama becomes the third goalkeeper to score in the Champions League." 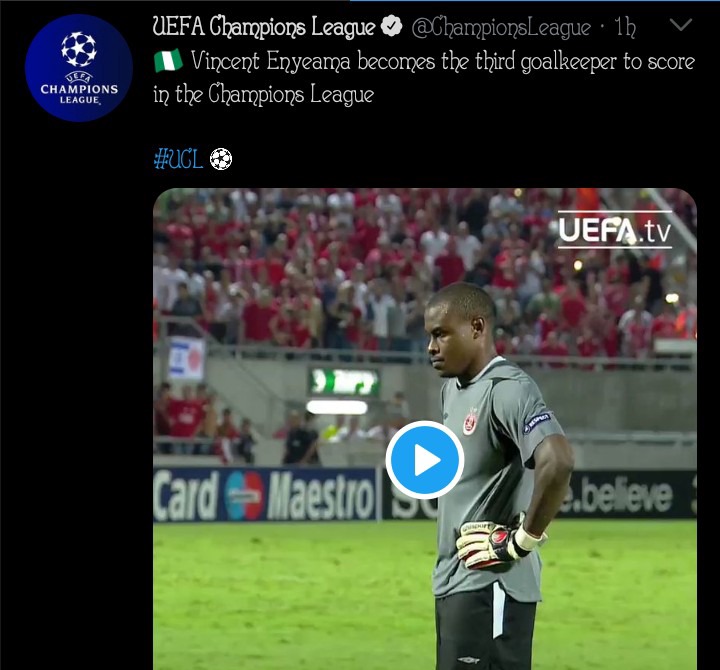 Vincent Enyeama has the total number of 25 career goals.