By PopeHarry (self meida writer) | 19 days 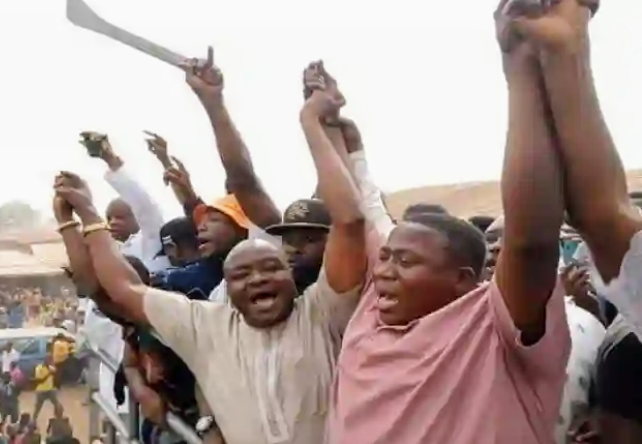 This is coming as Herdsmen whom Igboho sent packing from Igangan in Ibarapa North Local Government Area of Oyo State in January 2021 have returned and launched renewed attacks on the area. They reportedly chopped off the hands of a retired school principal, Ojedokun Ogunmodede during an attack on Friday.

A National Daily, Saturday Punch, quotes a senior police officer as saying, "The IGP has been under political pressure to arrest Igboho but some leaders from the South-West have also advised against Igboho’s arrest to avoid throwing the region into chaos".

According to the source, fears are that if he is arrested, his large followers may react violently. Police authorities are therefore in a dilemma on how to handle the issue.

On Friday, Igboho's media aide, Olayomi Koiki, disclosed to the world that two letters sent by the IGP inviting his principal to Abuja were rejected by his security aides.

According to him, one which arrived via courier on the morning of April first was rejected, before a team of 15 policemen brought another later in the day, which was also rejected.

This according to him was becouse Igboho was being security cautious.

He pointed to the letter bomb sent to late Dele Giwa as justification for Igboho's refusal to accept the letter.