Lewandowski, Raphinha, and Kessie: Barcelona Strongest XI Ahead Of Next Season.

Despite Barcelona's financial crisis, the Catalan giant is keen on strengthening Xavi Hernandez's squad ahead of the upcoming 2022/23 season. The former Barcelona midfielder took over from Ronald Koeman last season and was able to restore quality and stability to the team. Barcelona, who was in the eight positions during the reign of Koeman turned to league contenders as soon as Xavi emerged the coaching seat. Currently, the Barcelona hierarchies are keen on strengthening its squad to compete for the highest Cup in Europe next season. Xavi has confirmed the signing of former Chelsea player Andreas Christensen alongside Franck Kessie who was the orchestra of AC Milan's midfield.

Kessie can play in several positions in the midfield, so that's a huge bonus for the team even if they lose Frenkie De Jong to Manchester United. Apart from these two, Barcelona has also lured former Leeds United and current Brazilian international Raphinha to Camp Nou. 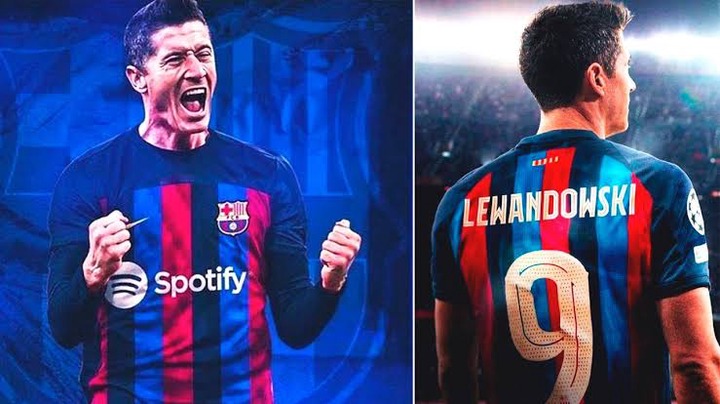 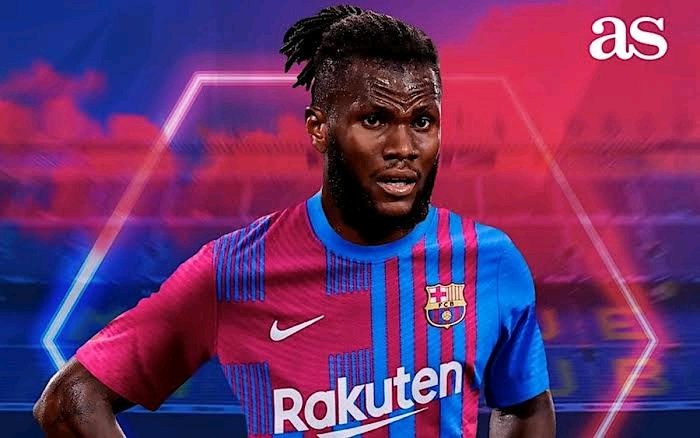 The winger who can also play behind a striker could occupy the right-wing role, while Dembele moves to his favorite left-wing position. Barcelona is also on the verge of completing the signing of Robert Lewandowski from Bayern Munich. 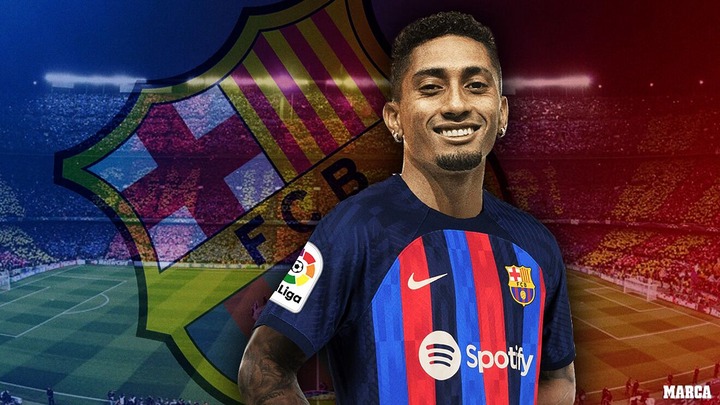 The Catalans moved forward and determined to get his signature immediately after it was announced that the Polish needed a new competition. As it stands, Barcelona has reportedly agreed on a fee with Bayern Munich, and the agreement is subject to a medical in a few days coming. 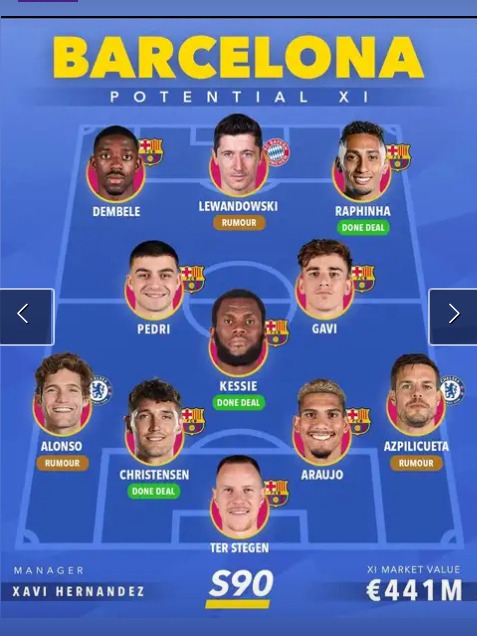 This shows that the Catalans are prepared for the upcoming season, and above is the dangerous lineup Xavi could prefer as the season draws closer.