Many Feared dead as Landing Jetty collapse in Rivers State.

By TheBusNews (self media writer) | 16 days ago 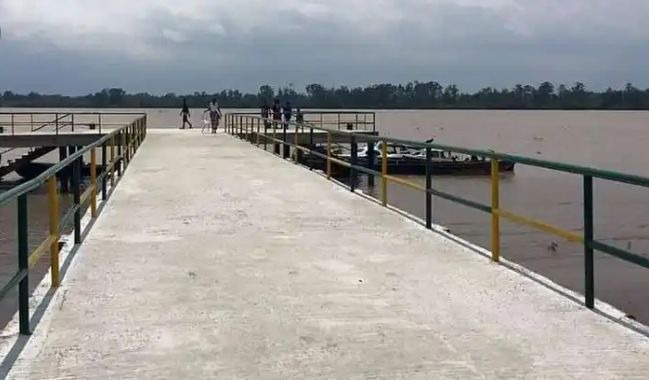 It was an unfortunate Saturday morning for the people of Isaka Community in Okirika Local Government area of Rivers State, as a Landing Jetty reportedly Collapsed while just few people were rescued.

According to the report gathered, the incident occurred at the early hours of Saturday as majority of the people waiting to board the vessel were said to be coming from a Burial Ceremony. It was also stated that the people were going to Port Harcourt.

According to an eyewitnesses, who identified himself as Isaac Walter, he stated that immediately the jetty collapsed, so many people fell into the river but just a few were rescued. In his words, he said “On our way back, people queued to board the vessel. In that process, the jetty caved in and so many people fell into the river. Few of them were rescued.”

The Statistics for the people on the landing jetty in relation to those rescued couldn't be gotten as at the moment of filling this report.