Chiamaka Okoro's pregnancy is 7 months and not 4 months as stated. 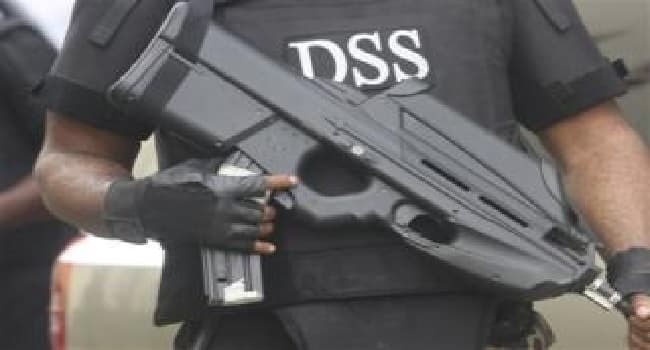 Contrary to media rumors, Chiamaka Okoro, a young girl under the Department of State Service's (DSS) care, is seven months pregnant, not four.

During a raid on their hideaway on March 14, 2022, members of the gang allegedly took off, leaving the females behind who were allegedly being held against their will.

According to the post, she is a 15-year-old adolescent from the Atta Umunnam Njaba Local Government Area in Imo State, and her name is Chidera Amaefula.

She and six other young girls—Oluebube Uzoma, Chidinma Oba, Favour Azubike, Chiamaka Okoro, Chibueze Ezike, and Mmesoma Ezike—have been imprisoned and kept prisoner by the DSS for more than four months at this point.

A verified word that one of the girls, Chiamaka Okoro, is now pregnant stems from a disturbing report from a DSS detention facility in Imo state, according to Kings.

Blueprint's research, however, showed that there may be some connection between the post and the current defamation campaign against the government and its agencies.

Chiamaka "was caught up in a questionable situation and was brought into prison by DSS agents," a source in the Imo state administration informed our reporter.

The source, who wished to remain unnamed, said that after being arrested, the adolescent kept her pregnancy a secret until May, when she first began to show.

"Chiamaka is pregnant, but DSS employees are not to blame." She said she had used the drug in January while living with Ejima, a member of the gang who is now on the run and frequents the Njaba LGA in Imo state.

This was verified by a pregnancy test performed on July 22, 2022, at Medicae Munis in Owerri by the Imo state government via the Commissioner for Health.

"The test revealed Chiamaka to be 27 weeks and 6 days along. Additionally, the test indicated that she would give birth on October 15, 2022, which is often two weeks earlier or later.

The insider said, "It is not unexpected that people calling for her release are using all kinds of stories since they are worried she may have implicated them."

When approached, Dr. Peter Affunanya, the DSS Public Relations Officer (PRO), said that the service's employees were too well disciplined to take part in such an act.

"Our employees follow established procedures and are extremely disciplined" (SOP). They are also aware of the effects of such behavior.

"Our personnel have already been exonerated," he asserted, "if you already have access to these medical reports you cited."