Check Out The EPL Golden Boot, Assists, and League Table Ahead of Game Week 13.

By Marayanatha (self media writer) | 5 days ago

After a dramatic UEFA Champions League group stage game that saw some of the big clubs qualify for the knockout stage, the popular English Premier League is set to return. Players who traveled to various countries are returning to England for their league games. The Red Devils will make a short journey to London where they will face Chelsea at Stamford Bridge. The game is set to be the toughest match of the week, with Thomas Tuchel desperate to extend his winning streak, while Michael Carrick will also be keen on showing the fans that he has changed a lot in Manchester United just in a few days. 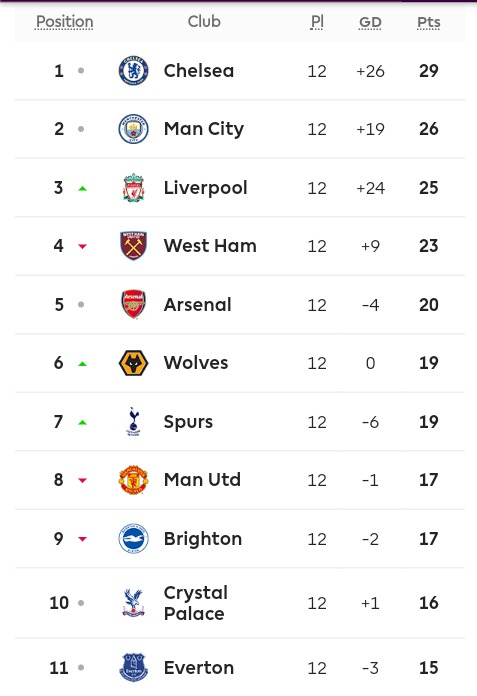 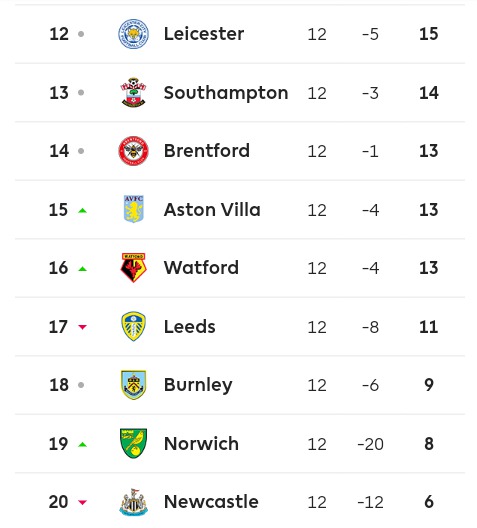 Elsewhere, Liverpool will host Southampton at Anfield Stadium, Arsenal will also be desperate to return to winning ways against Newcastle United after the Liverpool humiliation. Manchester City on the other hand will face West Ham United at the Etihad Stadium. 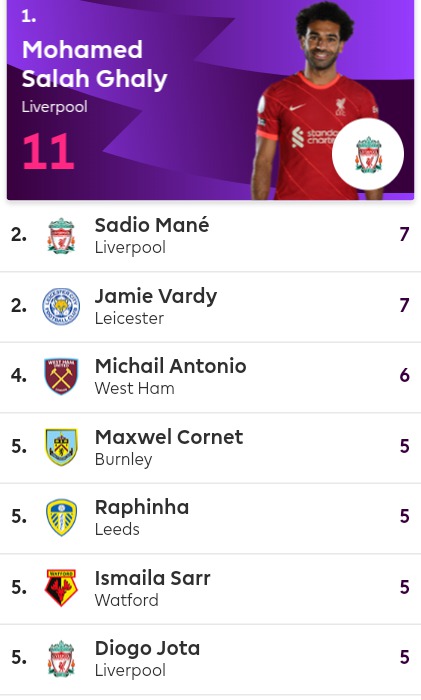 Check out what the Premier League table looks like. Last week Chelsea thrashed Leicester City, while Manchester United fell to a 4-1 defeat against Watford. Manchester City thrashed Everton, while Tottenham was able to produce a comeback against Leeds United. 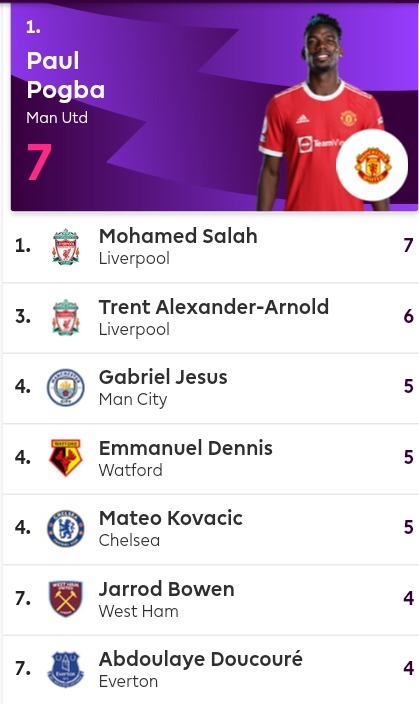 Liverpool forward Mohammed Salah still maintain the top of the golden boot table with 11 goals, while Paul Pogba leads the assists table with 7 assists in 12 games.