Hours After FFK Was Rumored To Be Planning To Join APC, See What Reno Omokri Said APC Plans To Do

A rumour has been making rounds on the social media since yesterday over the pictures taken by Chief Femi Fani Kayode with some APC stalwarts yesterday.

FFK took to his twitter account to announce his meeting with Governor Yahaya Bello of Kogi state. He said that the reason for his meeting with the governor is to discuss the future of Nigeria. In addition, FFK said that the meeting was a case of politics without bitterness tagging the discussion as fruitful and productive. 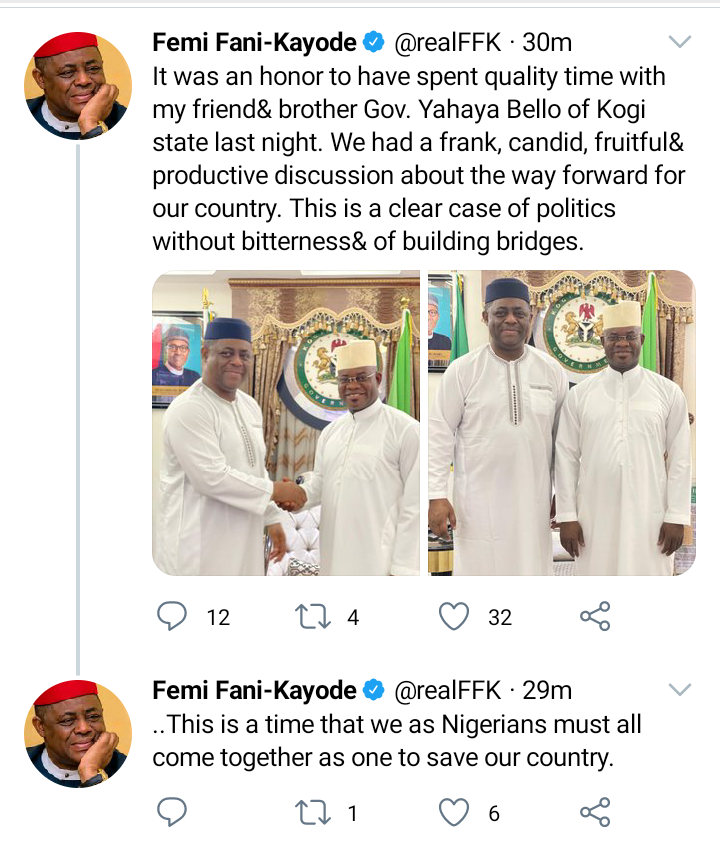 In another development, FFK's picture with the National Caretaker Chairman of APC and Yobe state governor, Mai Bala Buni surfaced on the internet. These pictures as seen on the social media yesterday made some nigerians and the opposition members kick over the rumored defection to the ruling party.

While reacting to the issue, even though FFK left APC years ago, Bashir Ahmad who is one of Buhari's aide took to his twitter account to announce the fact that FFK will not be welcomed into the party due to several statement he has made against the party bigwigs in the past. 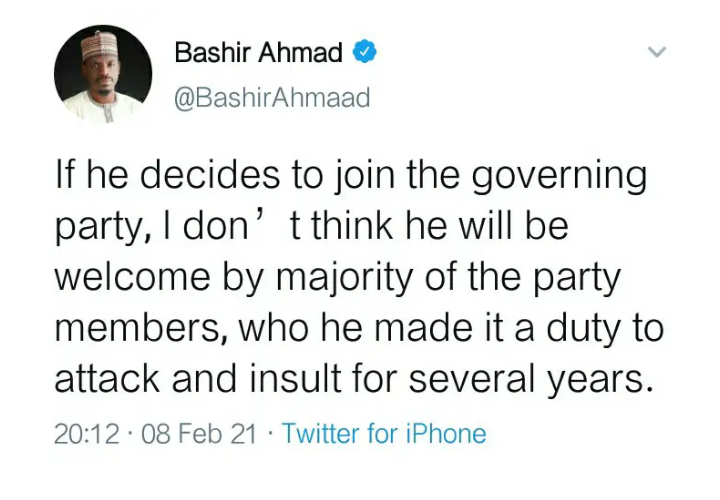 After this, in a chain of tweets, FFK made it known that his meeting with the APC party members is not to talk about defection but to discuss on way forward for Nigeria. FFK reiterate the fact that he can't go against his philosophy of speaking against the opposition when things are not going well but does not stop him from relating with people from the opposition in a way to take Nigeria to a greater height.

However, Reno Omokri had come out to speak on the rumored defection that has been going viral. Reno revealed that in 2018, APC contacted him secretly to desist from criticizing the ruling party but he had to shun them. He said this made APC abandon their verified twitter account to create a new one. 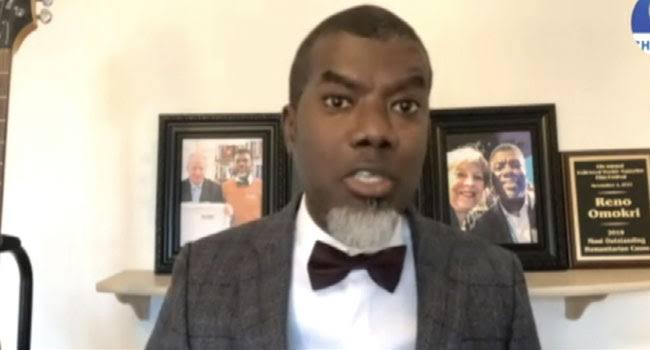 In another development, Reno Omokri has come out to reveal some things about APC. He alleged that the party would stylishly want people to meet them so that they can leak stories and photographs to the media to render the opposition impotent in the public domain. 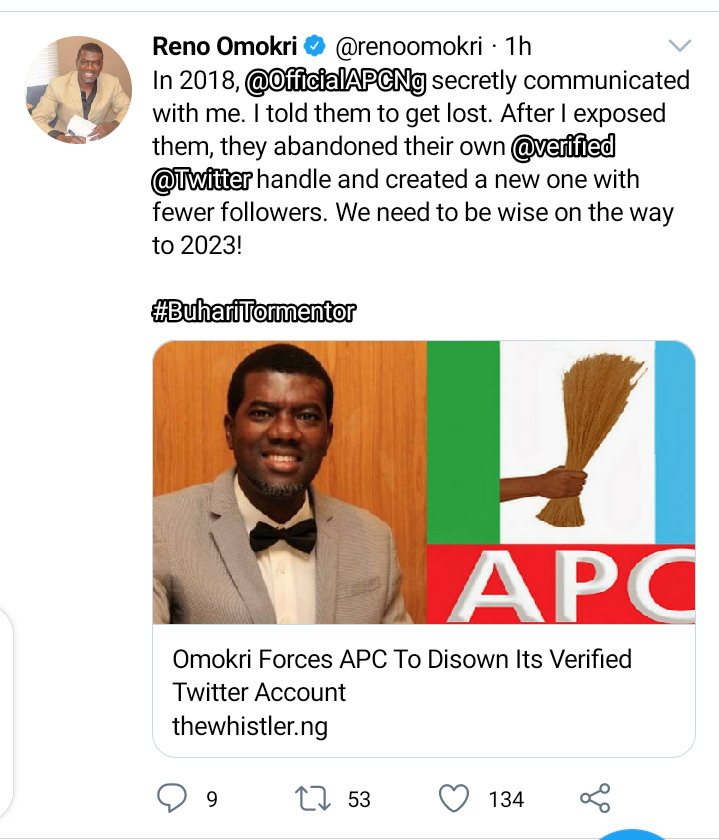 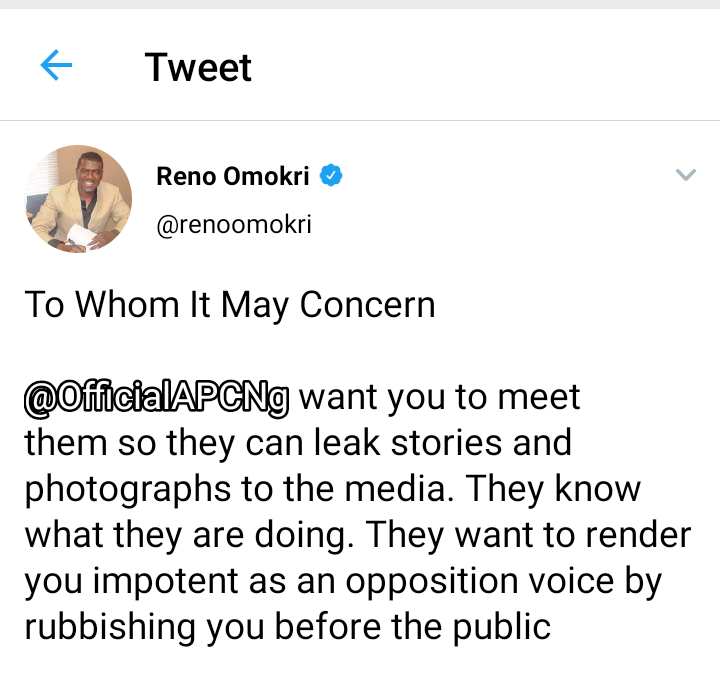 Looking at this post from Reno Omokri, he is trying to talk about what is happening as regards FFK and to reveal that since APC approached him in 2018 and he didn't give them the honour of doing their wish, they have resolved to getting other opposition members in this manner and rubbish them in public. 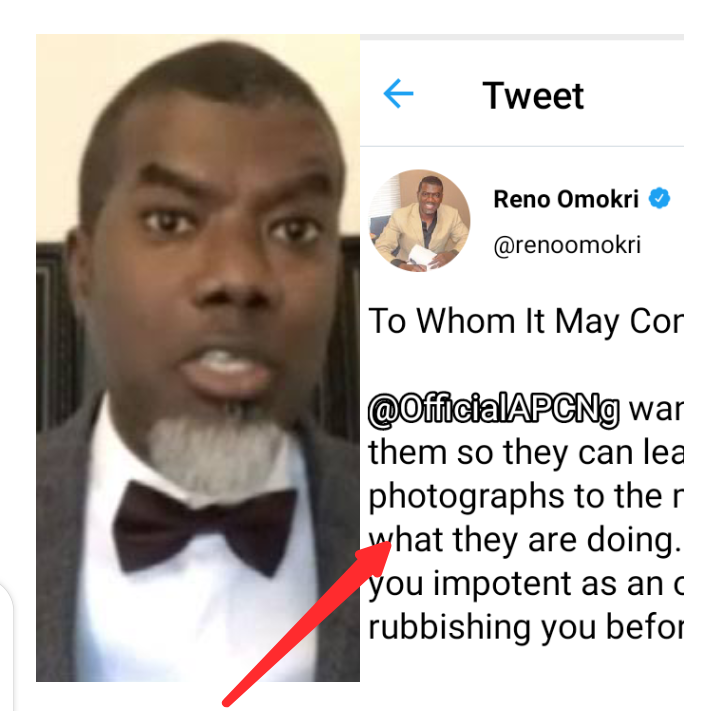 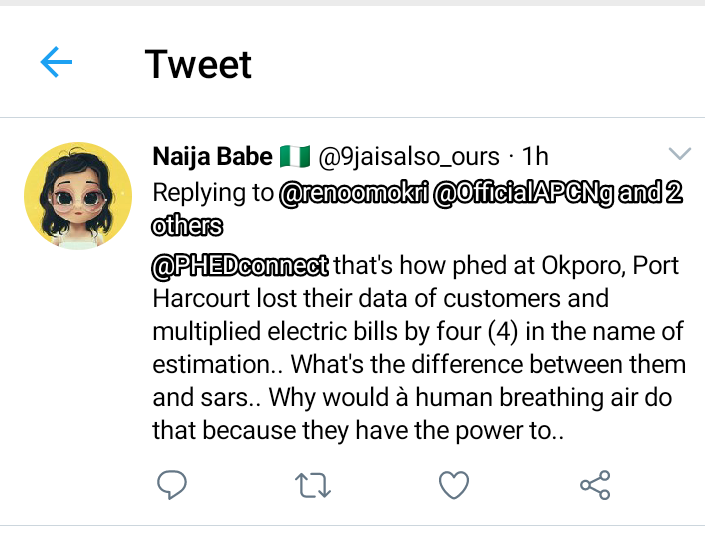 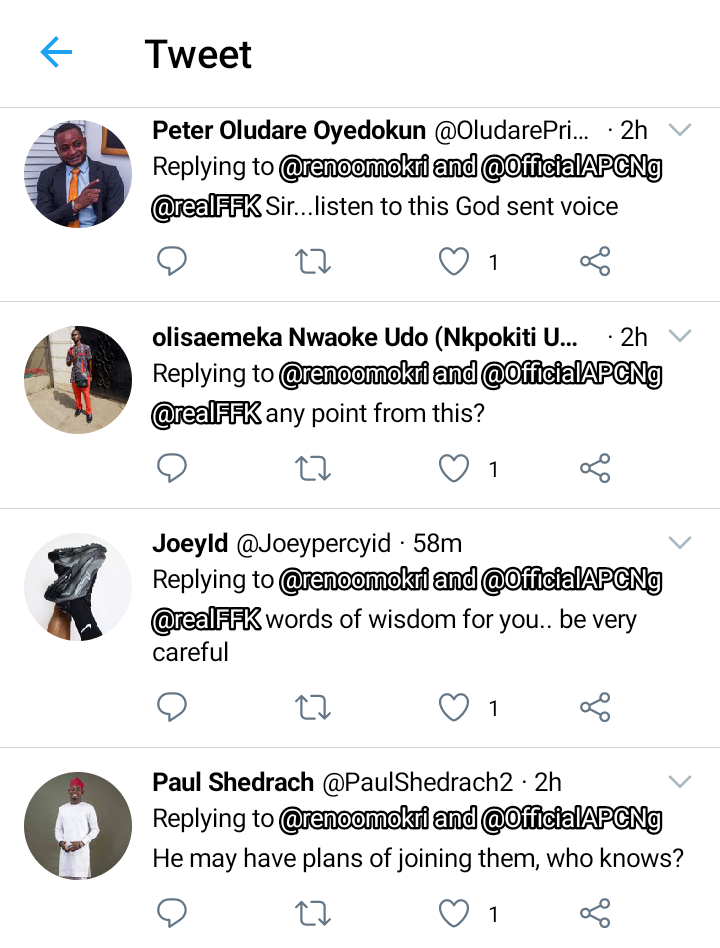 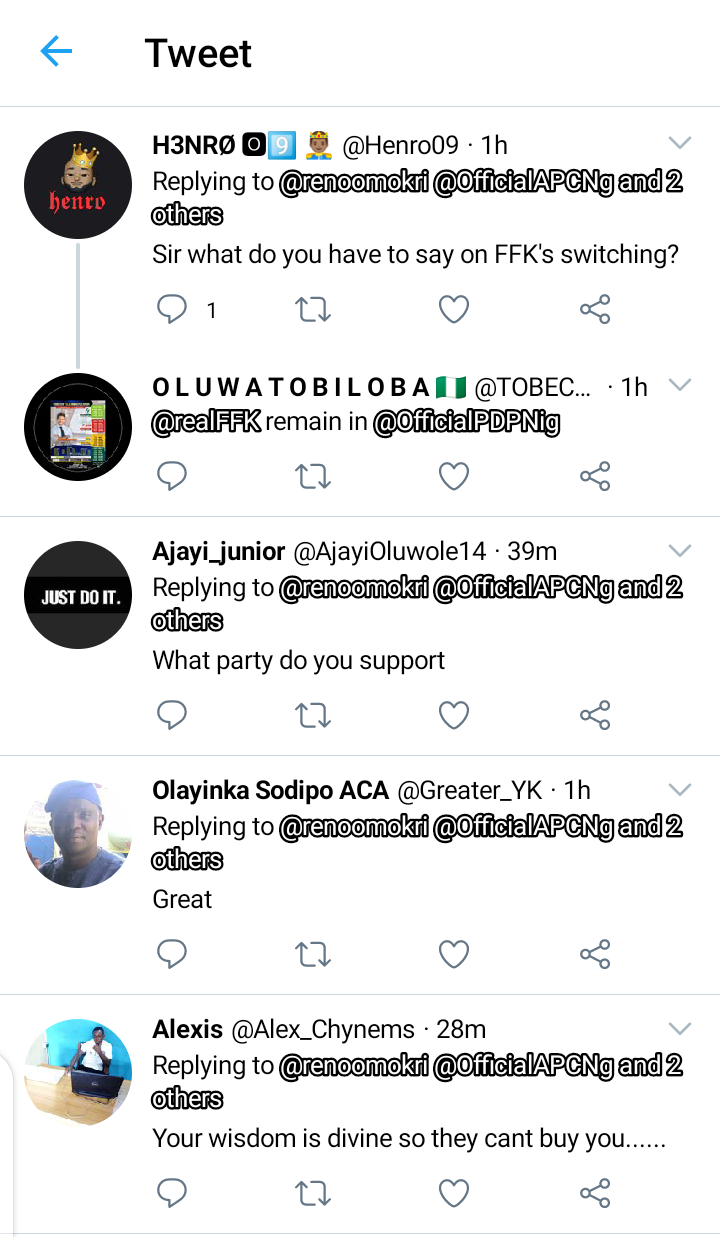 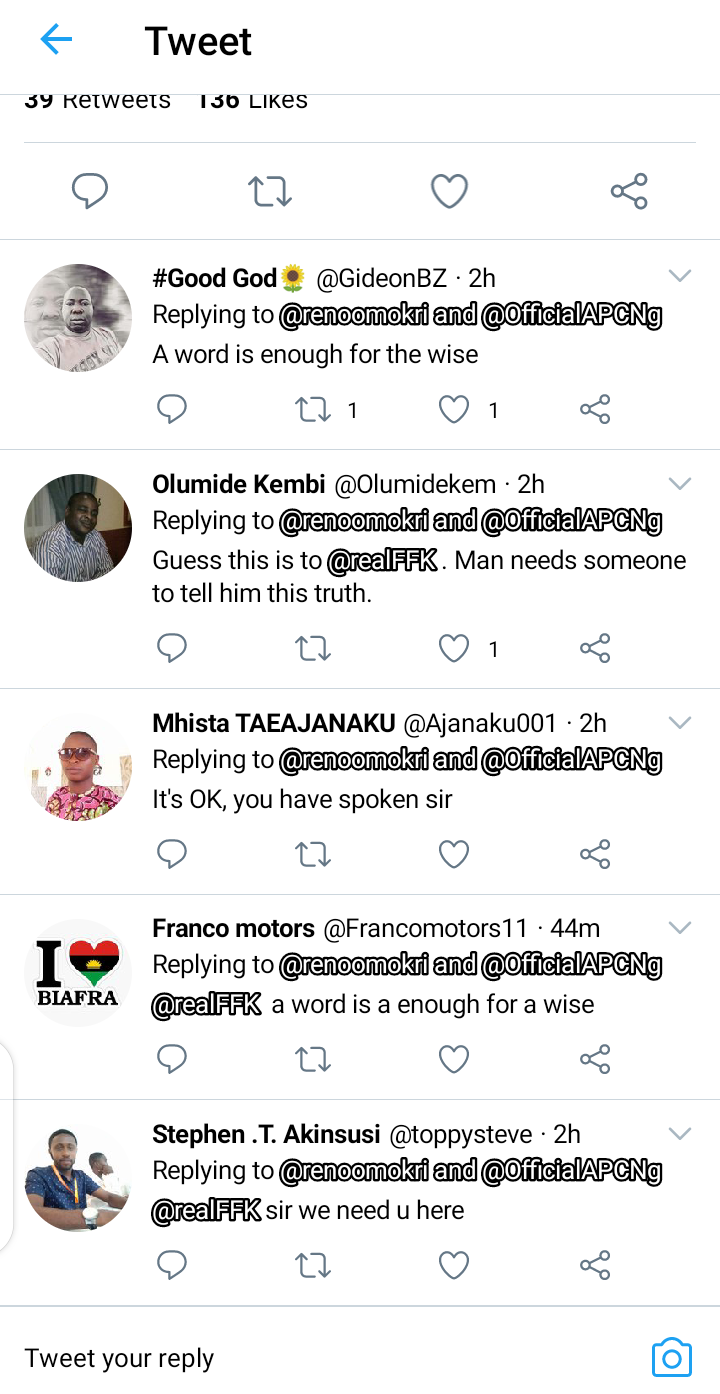 download zlatan latest song how to speak good english la liga top assists list of all nigerian presidents thread hairstyles
Opera News is a free to use platform and the views and opinions expressed herein are solely those of the author and do not represent, reflect or express the views of Opera News. Any/all written content and images displayed are provided by the blogger/author, appear herein as submitted by the blogger/author and are unedited by Opera News. Opera News does not consent to nor does it condone the posting of any content that violates the rights (including the copyrights) of any third party, nor content that may malign, inter alia, any religion, ethnic group, organization, gender, company, or individual. Opera News furthermore does not condone the use of our platform for the purposes encouraging/endorsing hate speech, violation of human rights and/or utterances of a defamatory nature. If the content contained herein violates any of your rights, including those of copyright, and/or violates any the above mentioned factors, you are requested to immediately notify us using via the following email address operanews-external(at)opera.com and/or report the article using the available reporting functionality built into our Platform