By ReignJerry (self media writer) | 20 days ago

I always ask myself this question, "why are some people so desperate to make money by all means?". The rate at which some people go to any length just to make money is so alarming and the earlier they realize what they are doing is wrong, the better for them.

According to a recent report by Punch Newspaper, two men suspected to be ritualists have been arrested by the Police after they were caught while trying to use an exhumed corpse of a woman for money rituals. The two suspects, Monday Karezu from Benin Republic and Anagonou Kamelan from Togo were heading to the place of a herbalist when they were caught with a human head inside a bag.

The Abeokuta Police Command revealed that they got an information that two men were heading to a herbalist's place with a human head and by the time the Police arrived at the location, the suspects were seen with a human head. One of the suspects told the police that he got the human head from a place known as Ijale Papa, but when they got to the place, they discovered that he lied. 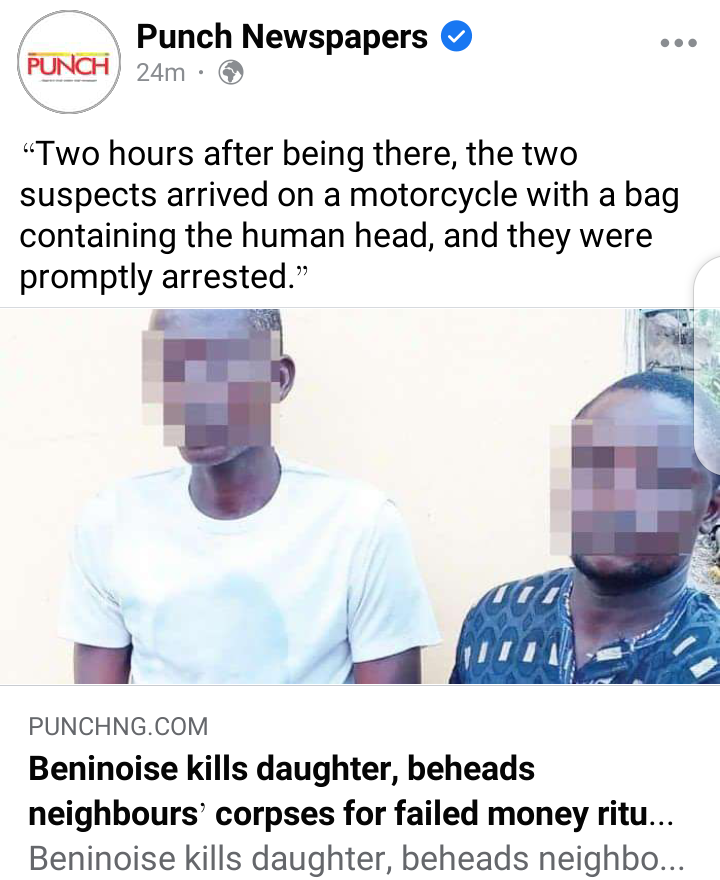 The Police interrogated them and one of the suspects, Monday Karezu revealed that the human head with him was that of a woman who died three months ago during childbirth and was buried not too far from his house.

He also said he killed his 9-month old daughter and used her head for money rituals but did not succeed. Karezu did not stop there as he also exhumed another corpse, removed the head for rituals, but still did not succeed.

His friend, Anagonou Kamelan then introduced a new strategy to him as he told him he knows a herbalist who can do an original money-making ritual for him. He then exhumed the corpse of a woman who died three months ago and was buried close to his house. He removed her head and went with Anagonou Kamelan to the herbalist's place where they were arrested. 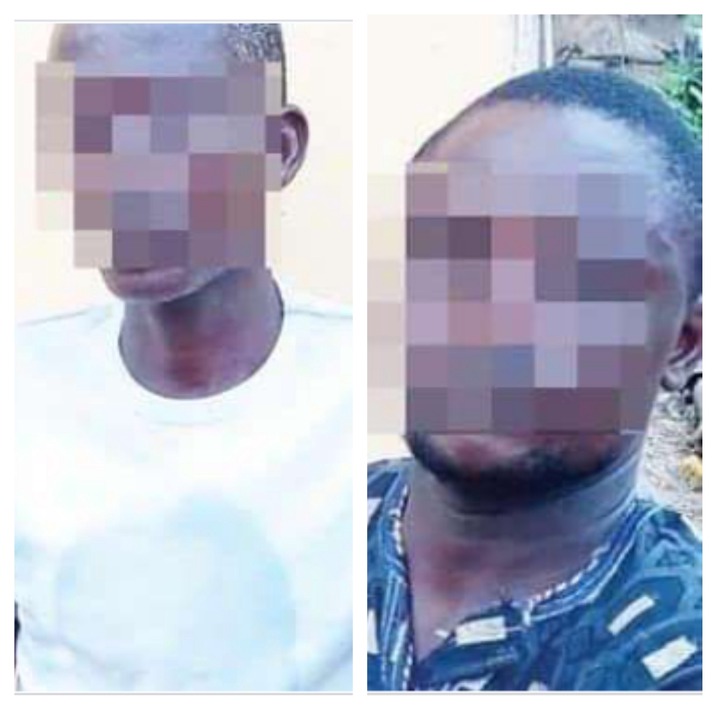 Like the bible says, the heart of a man is desperately wicked. How would a man kill his own daughter for rituals and also exhumed a corpse? I think this present generation needs the right orientation pertaining money making and that is why I will be talking on the things they should know.

1. Know That The Cares Of This World Are Transient: There is indeed nothing that lasts forever. You will not enjoy the money you seek to get through the wrong way forever, in fact no one will keep enjoying his/her money when he/she is 6 feet down, so why engage in dubious deeds just to make money?

Making money is not bad, but what makes it bad is when you are doing it in a wrong way. There is a portion of the bible which says: "Godliness with contentment is great gain," be contended with what you have now because the cares of this world are ephemeral.

2. Since The Cares Of This World Are Ephemeral, Don't Make Anything A 'Do or Die Affair'

Money rituals is a sin in the sight of God and it is also a criminal act. I see no reason why a man will kill his own daughter all because he wants to make money. Don't get intimidated by those who are showing off their wealth, don't try to be like them by engaging in dubious activities.

If the only thing you can afford is a pot of soup, eat it with joy because a day is coming when your dignity and hard work will pay off for you.