Today's Headlines: Cross Reveals He Was A Footballer Before BBNaija, 2baba Threaten To Sue Brymo 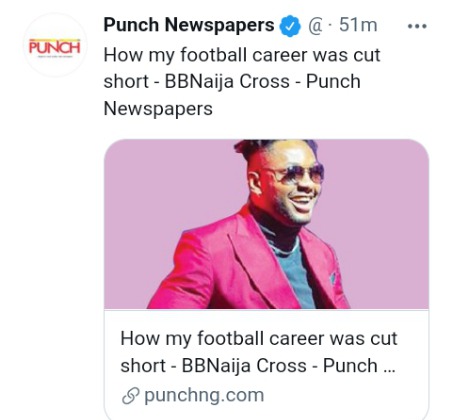 Former Big Brother Naija Shine Ya Eye finalist, Cross, has stated that he wanted to be a footballer but had to quit because of an injury.

In a Facebook live interview with PUNCH Online on Wednesday, Cross said that being a footballer led him to becoming a football enthusiast.

Cross said, “I was an athlete when I was growing up. I liked football. I used to play a lot but I destroyed a part of my right knee. 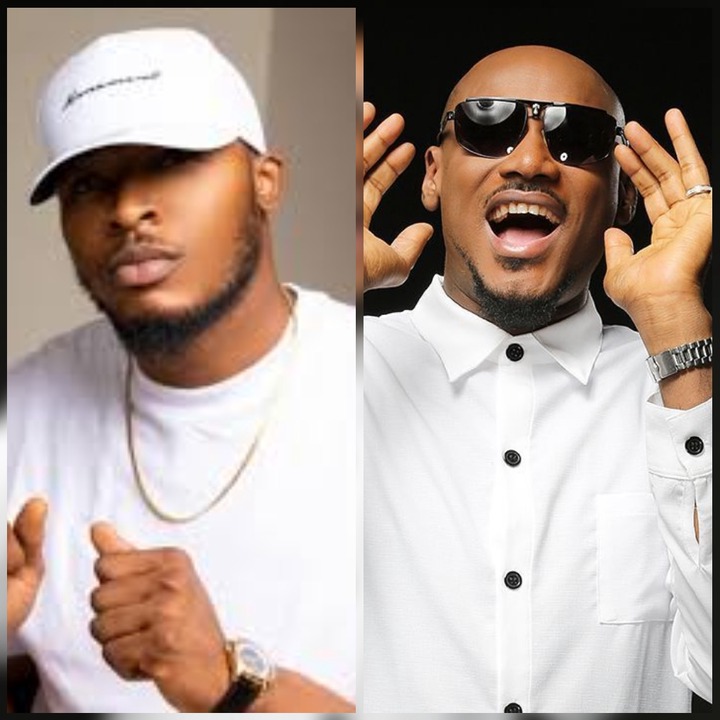 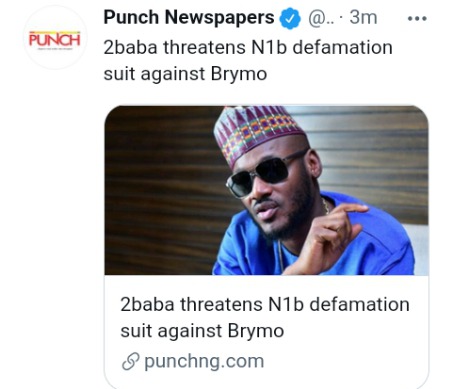 Legendary Nigerian singer, Innocent Idibia fondly known as 2baba, has slammed his colleague with a N1bn defamation suit if he does not apologise for defaming his character.

While the Implication singer has kept mum about the allegation, he has sent his lawyers to Brymo instructing the singer to either apologise on all his social media accounts within the next 48 hours or he will be slammed with a N1bn defamation suit. 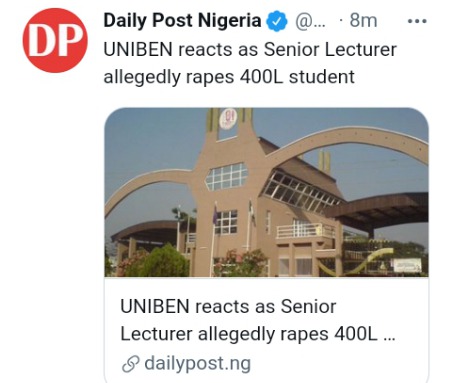 The University of Benin (UNIBEN) management has reacted to rape allegations against one of its lecturers, Dr Steve Ekundayo.

In a statement issued by its spokesperson, Dr Benedicta Ehanire on Thursday in Benin, the university referred cases of alleged rape and unlawful detention against Dr Steve Ekundayo to the police for investigation.

The decision was taken following the gravity of the allegations and the legal issues involved. 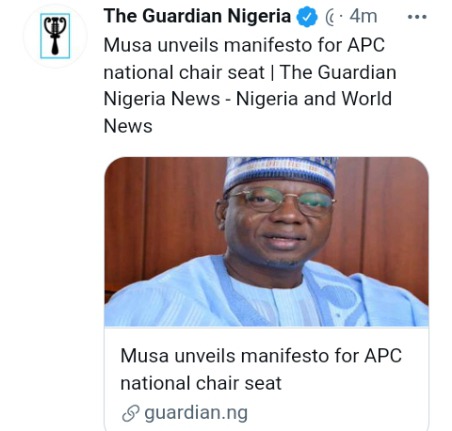 A frontline aspirant for the position of national chairman of the All Progressives Congress (APC), Senator Sani Musa, has pledged to re-engineer internal and working structures of the ruling party if given the opportunity at the forthcoming national convention.

Musa, who presently represents Niger East Senatorial District at the National Assembly, also promised to adapt to a participatory work style that will usher visionary and pacesetting leadership for the party. 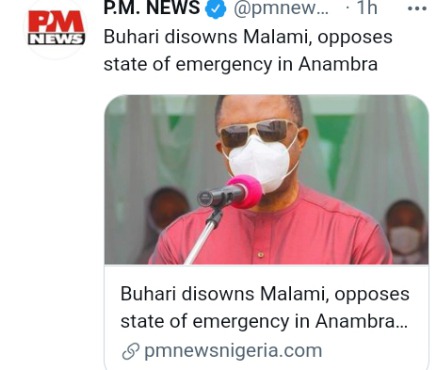 President Muhammadu Buhari has disowned the statement by Attorney General Abubakar Malami threatening to declare a state of emergency in Anambra state.

Governor Willie Obiano, said the threat was not Buhari’s idea.

Obiano disclosed this to State House Correspondents after a meeting with Buhari in the Presidential Villa, Abuja.

He said he reported the Minister of Justice and Attorney-General of the Federation, Abubakar Malami, to the President on the matter.