By Skygist (self media writer) | 19 days ago

Christian leaders in the North have thrown their weight behind the Muslim-Muslim ticket fielded by the All Progressives Congress (APC) , Presidential flagbearer, Asiwaju Bola Ahmed Tinubu , as a group under aegis of Progressive Christian Clerics, North-West Zone said Christian faith encourages brotherliness, hence their decision to support the Tinubu/Shettima ticket. 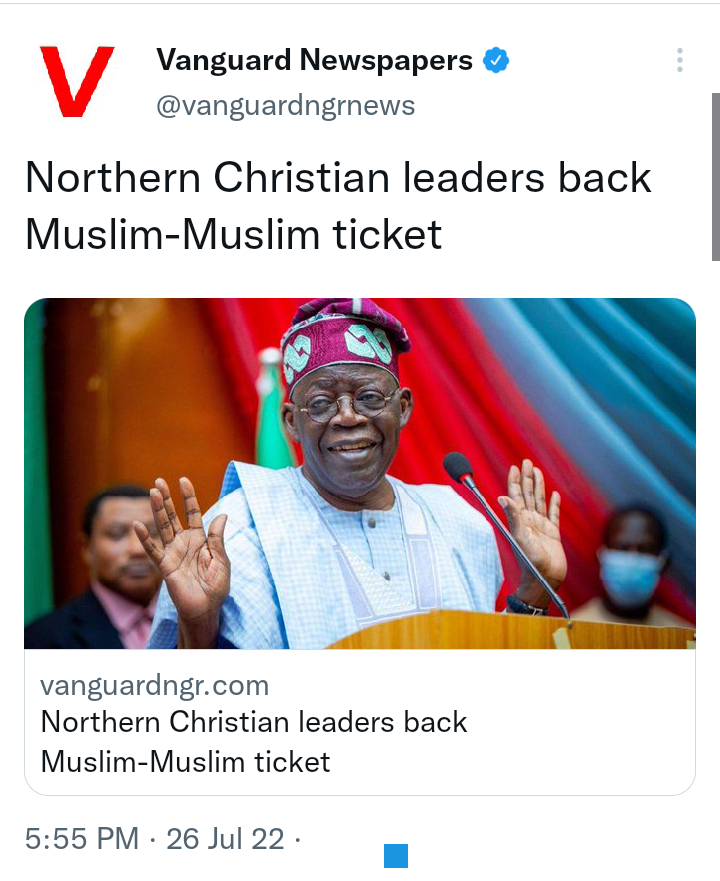 The group with members across 19 northern states including Federal Capital Territory,Abuja said Nigerians should be more concerned about electing leaders with capacity to tackle daring security challenges and economic problems militating against the country’s progress rather than issues of religious and ethnic sentiments. 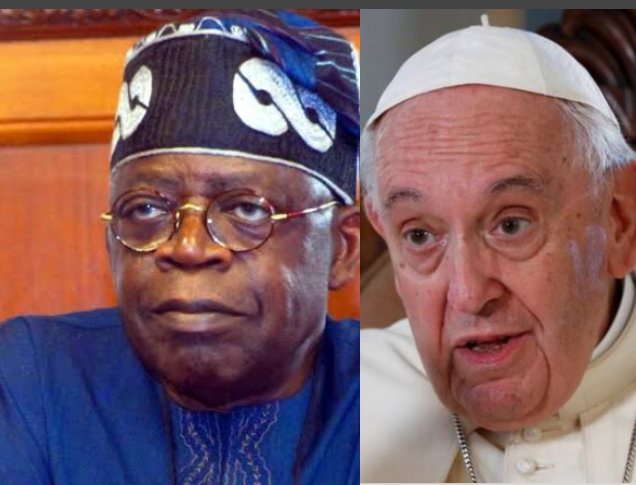 Pope To Hold Mass In Canada.

Tens of thousands of people are expected to attend a mass by Pope Francis in western Canada Tuesday, a day after his historic apology for the abuse of Indigenous children at Catholic-run schools.

The 85-year-old pontiff is expected to deliver a homily in Spanish at Commonwealth Stadium in Edmonton, Alberta, in what will be one of the largest open-air events of his visit to Canada. 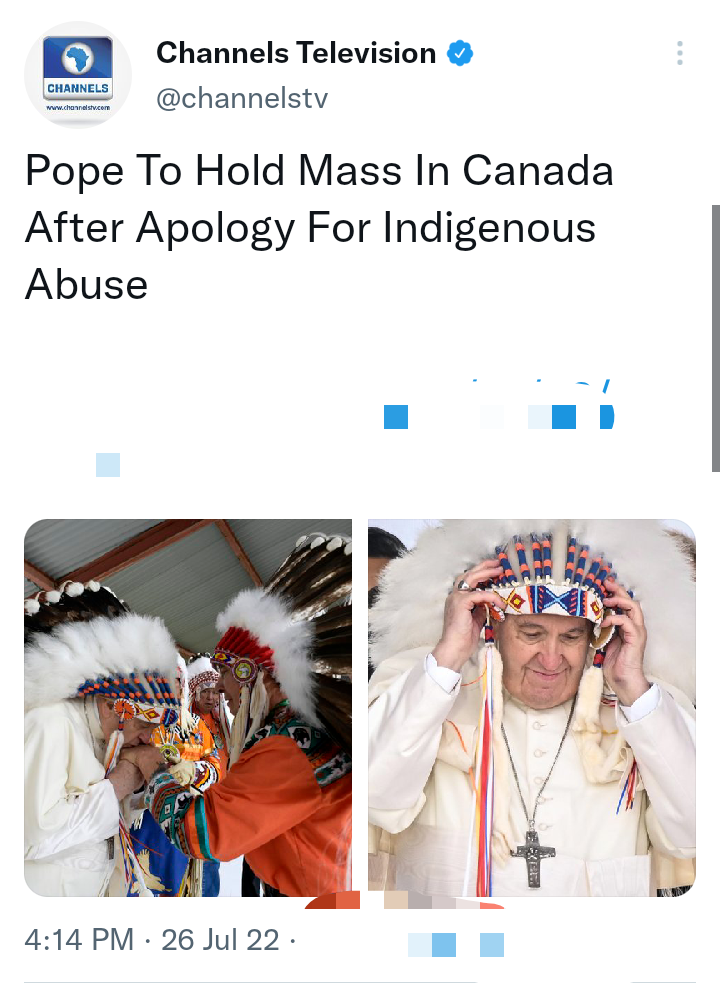 Knee pain has seen the Pope use a cane or a wheelchair in recent months, including in Canada, and he will greet crowds from his popemobile.

In his first address Monday, to a gathering of Indigenous people in the community of Maskwacis, south of Edmonton, he offered a long-awaited apology to Canada’s First Nations, Metis and Inuit people for the “evil” done over decades of abuse in schools.

The Nigeria Security and Civil Defence Corps has raised the alarm over a planned attack on the President, Major General Muhammadu Buhari’s (retd.) state, Katsina, as well as Lagos, Federal Capital Territory, among others. 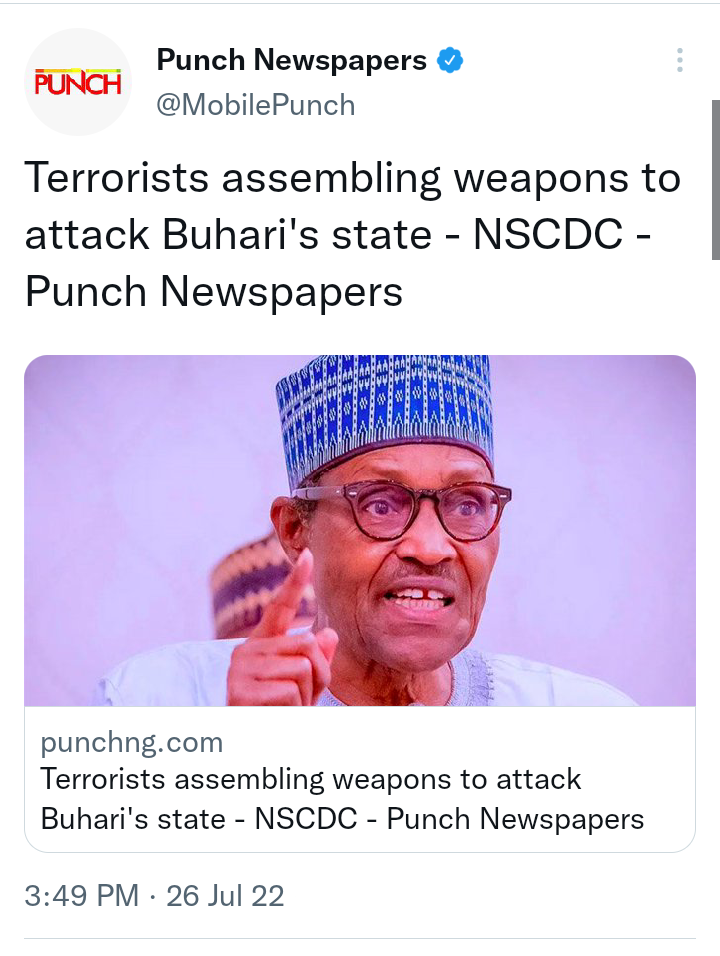 The NSCDC stated that Boko Haram and Islamic State for West Africa Province terrorists, from the intelligence it gathered, have mobilised their fighters and had equipped themselves with dangerous weapons like Anti-aircraft guns, general purpose machine guns, among others, in preparation for the attack on the state which the president of the country hails from.

RECs Are Not Recognized As Members Of INEC-Okoye, National Commissioner.

Okoye also made it clear that he is not aware of any tension in the commission, nor between RECs and National Commissioners. 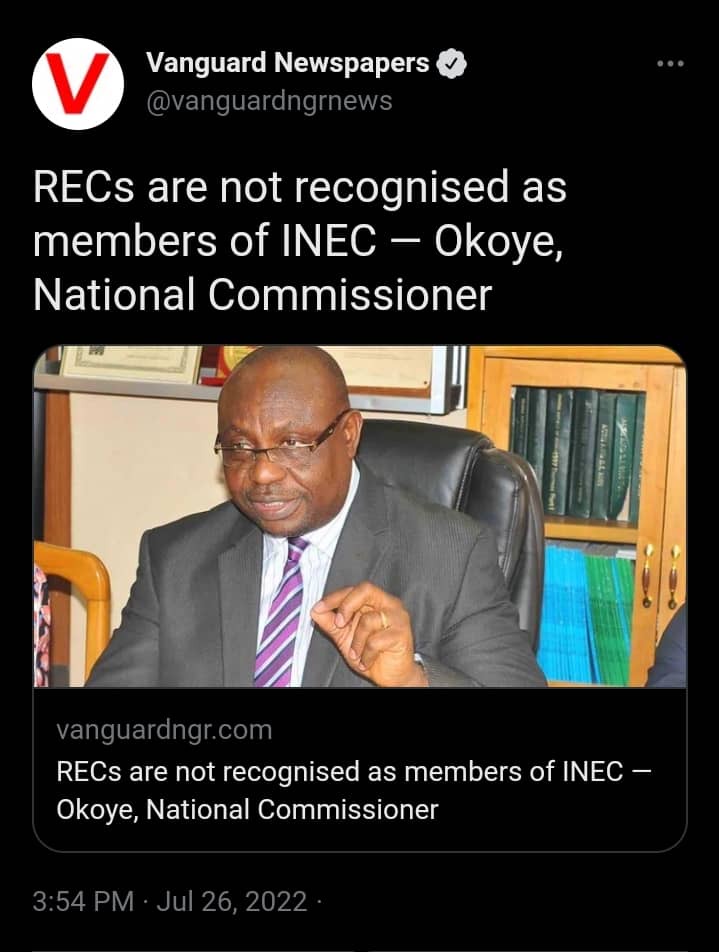 The story also maintained that some RECs were not comfortable with disclosures from the election management body’s headquarters that the reports of party primaries monitored by RECs and, initially, given primacy, are being ignored.

The Nigeria Labour Congress (NLC) commenced a two-day nationwide protest on Tuesday, in solidarity with the striking members of the Academic Staff Union of Universities (ASUU).

Members of the NLC, Senior Staff Association of Nigerian Universities (SSANU), ASUU, and the Non-Academic Staff Union (NASU), staged a protest at Ikeja, Lagos, on Tuesday. Addressing the protesting members, NLC chairperson in Lagos, Funmi Agnes Sessi, announced a two-week ultimatum for the Buhari regime to end the ongoing strike. 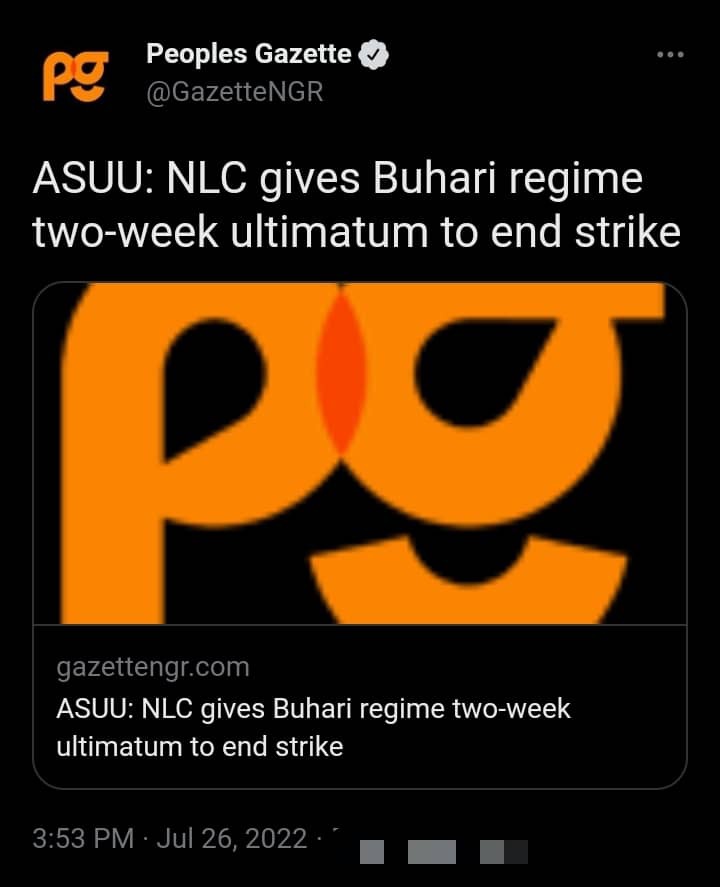 She said that if the regime “fails to conclude all the ongoing negotiation and agreement with the striking lectures, they will witness the “anger and frustration of Nigerians.