End SARS: Three things to notice from the threat letter that was sent to Dabira Adeyinka yesterday

By MosesNews21 (self media writer) | 5 days ago

According to a news article that was published by Vanguard Newspaper yesterday, it was made known that a woman, whose name was given as Dabira Adeyinka, has been sent a threat letter because she was among the people that testified against the security operatives while the Judicial Panel that was set up by Lagos State was carrying out their investigation. It was made known that she testified because she was among the survivors of Lekki-Toll Gate incident on the 20th of October, last year. 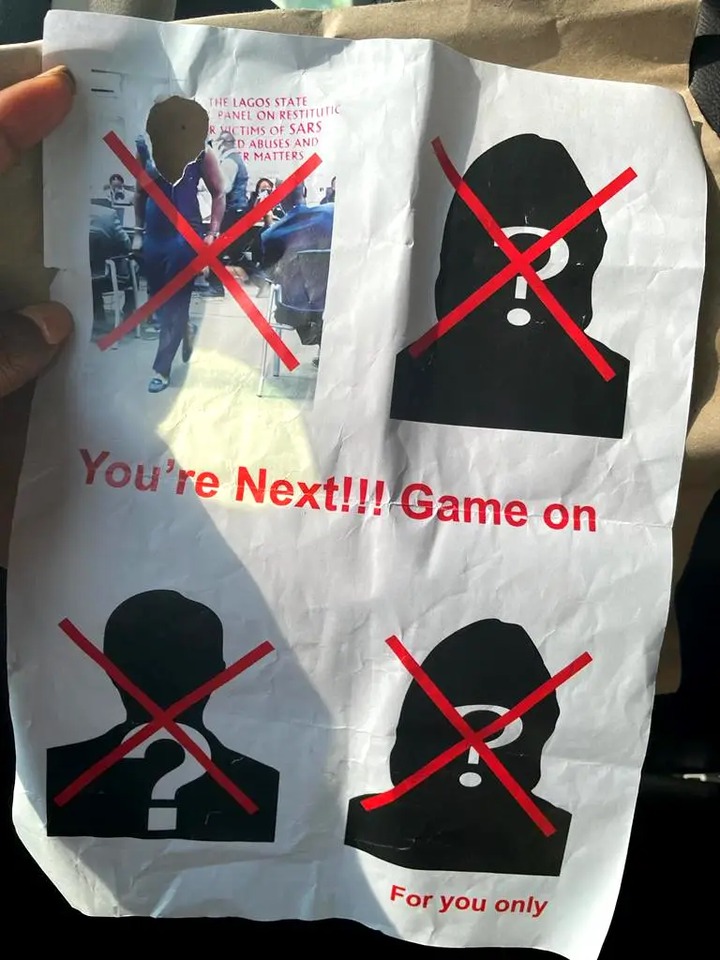 Before the letter was sent to her, it was made known in news that a woman who testified against security operatives during the Lekki-Toll Gate shootings, Kamsi Ibe, was attacked by unknown men suspected to be assassins but she survived the attack and after Dabira Adeyinka and others took Kamsi Ibe to hospital, she also received her own threat letter. Considering this, it is obvious that the attackers are after testifiers of Lekki-Toll Gate massacre.

Here are three things to notice in the letter that was sent to Dabira Adeyinka.

Secondly, another thing to notice is that, the letter is showing the head of another two women and a man and taking a look at this, it might mean that they are targeting the total of three women and a man.

Thirdly, the person that dropped this letter might currently be trailing Dabira Adeyinka and might also still be stalking Kamsi Ibe at the hospital because, he went to the hospital where Kamsi Ibe was taken to by Dabira and the rest and dropped it on a car inside the hospital's premises. This suggests that police operatives need to start watching out for Kamsi and Dabira because, it is obvious that the attackers are monitoring them and might strike anytime they have the best chance to.