Court denies Umahi's application for the Senate but approves Agom-Eze 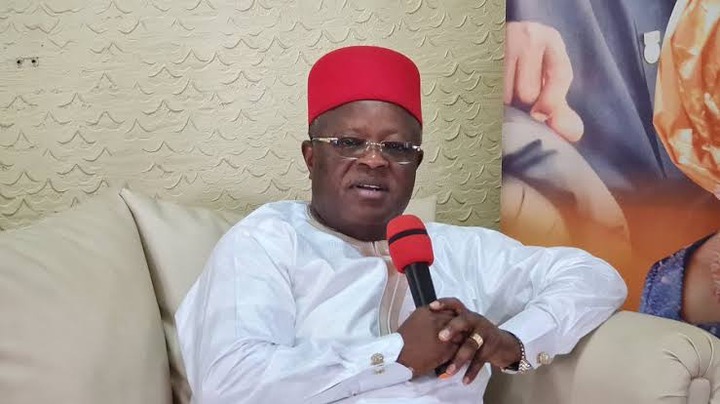 Ann Agom-Eze shall be recognized as the All Progressives Congress (APCSenatorial) candidate for Ebonyi South in the next election, according to a Federal High Court decision issued yesterday in Abakaliki, Ebonyi State.

For Governor Dave Umahi, who sought endorsement as the party's Senate candidate, this was a major defeat.

When Governor Umahi returned from contesting in the party's presidential primary in Abuja, a second senatorial primary was scheduled for June 9, 2022, and the governor won without opposition since the younger Umahi withdrew his candidacy.

At order to get the Independent National Electoral Commission (INEC) to accept the results of the second primary, Umahi filed a lawsuit against INEC in the Federal High Court of Abakaliki. Roy Nweze Umahi was the representative for Umahi.

Princess Agom-Eze went in front of the court and argued that she should be recognized as the senatorial candidate since she finished second in the primary that was permitted by INEC despite the fact that Austin Umahi, the primary election winner, withdrew his name from consideration.

The governor "was not an aspirant and cannot take an active role in the election or pre-election issues of the All Progressives Congress with reference to the Ebonyi South zone, whose primary conducted on the 28th day of May, 2022," Justice Fatun Riman ruled, citing Section 115 of the Electoral Act 2022.

According to Section 115 of the Electoral Act 2022, the governor "never got forms for the election nor participated in the election and cannot claim any advantage based on the primary election."