CAD 0-0 BAR: The 3 Players That Should be Blamed For Barca's Goalless Draw With Cadiz

By SportyGist (self media writer) | 29 days ago

Barcelona played a goalless draw with Cadiz FC in their latest away match. The match ended 0-0 with Barca barely threatening the Cadiz defence.

One weird scenario that happened in this match is that the 3 Players who were arguably the worst on the pitch tonight are all Dutch players. 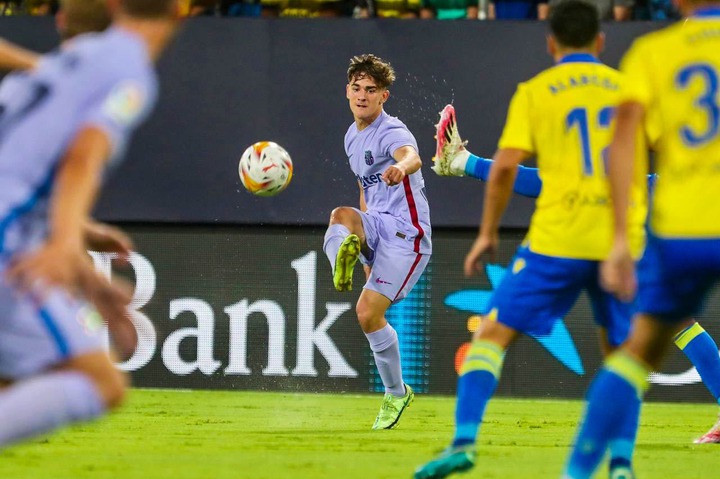 Here are three players whose underperformance in the match led to Barca not winning:

He was totally out of touch with the team tonight. Depay would have to contest with his compatriot Luuk De Jong as the most atrocious player on the field today. Many attacking chances were given to Depay but he wasted all of them. It was as if Depay wasn't the player fans saw in the preseason and the first 3 games of the season.

If Depay didn't waste the chance that was nicely passed to him by Luuk De Jong it would have been a goal for Barca. The team could have won the match but Depay poor performance limited the team from doing that.

The Dutch midfielder cost his team some crucial points today. He was all over the place and couldn't keep his calm.

What makes the situation worse for De Jong is that he won't be able to play the next match. Barca is already suffering from a host of first-team players injuries. The team didn't need another player to compound the situation with a red card with essential depletes the team the more.

The striker was nowhere to be found in front of the goal. His ball touches, his passes, his body movements. Everything was just off! He has got to be the worst player signing Barca gas ever done since Jerome Boateng. Luuk's presence in the attack was non-existent as he was easily dispossessed of the ball. The rare times he manages to get the ball he always fell on the pitch without troubling any Cadiz players.

While the whole team played poorly, these three players chiefly carry the blame due to their tepid conduct on the field.