Why Katherine Knight Slaughtered Her Boyfriend And Made Him Into Stew

This true-life story is still a shock to anyone that hears or reads about it. Read through to see the details of how she killed him. Please endeavour to like, share and answer or leave your opinion in the comment box. Follow us for more. 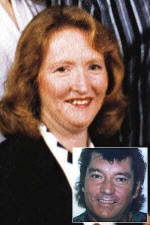 Every day on the news, we hear of the heartless and inhumane things people do. This article is about a particular lady, Katherine Knight, who had slaughtered and decapitated her boyfriend, John Price. She went further to use his body parts to prepare stew.

Please read this article till the end and drop your view on this act of evil. 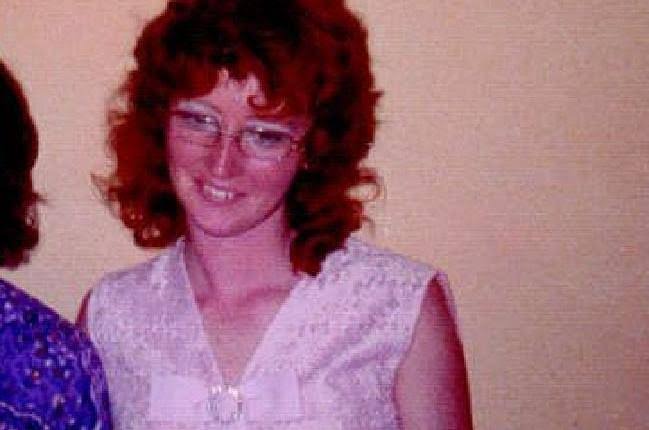 Katherine Mary Knight stands in history as the first woman from Australia so face life imprisonment with no parole. She had been charged with murder and convicted of it in 2001. She had murdered her partner, John Thomas Price. Katherine is still in prison at a Women's Correctional Centre named 'Silverwater' in New South Wales. 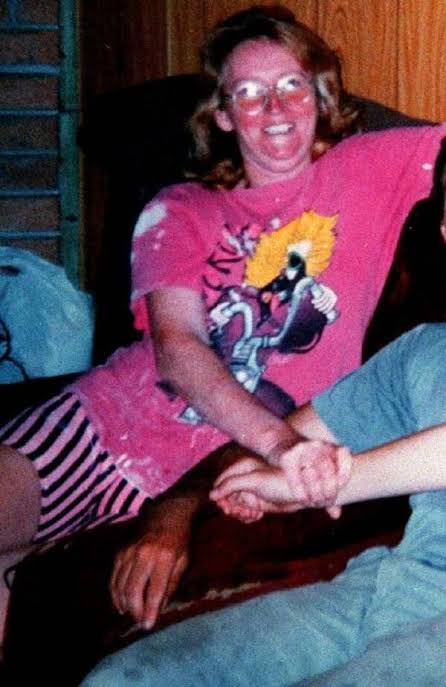 Katherine had killed Price, severed and mutilated his body, and made stew using parts of his body including his head. She had planned to feed the stew to Price's Children.

Katherine was born in Tenterfield, Australia, on October 24, 1955. Her mother Barbara Roughan had cheated on her husband with a friend of his, Ken Knight (Katherine's father). Her affairs with Ken Knight got her pregnant, and it led to the birth of Katherine. This situation brought chaos to their society, and the whole incident led to a tumultuous beginning for Katherine. She had a bad childhood experience. 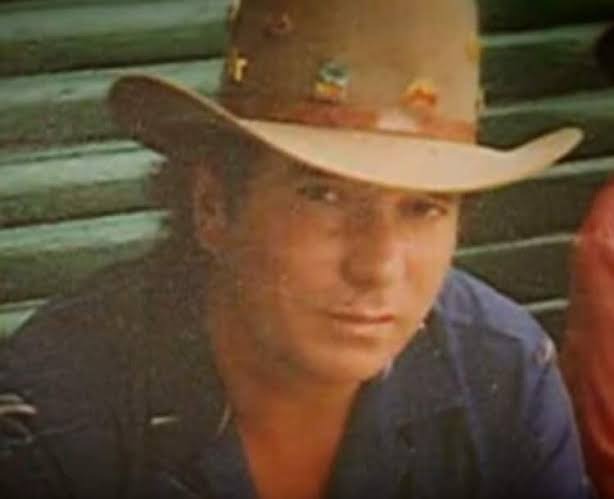 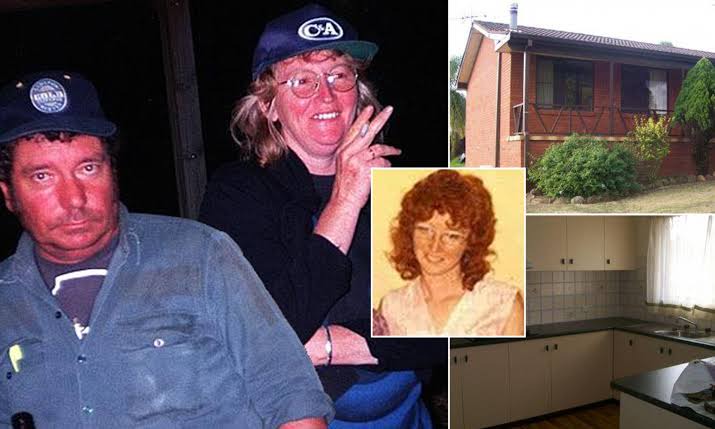 Her father raped her mother, and she claimed that she was also sexually attacked by members of the family until she was 11.

All through school, she was a bully and was aggressive towards other children. Not being able to learn how to read or write, she left school at the age of 15 and started work at a clothing factory. She later ended up at a slaughterhouse butchering animals. 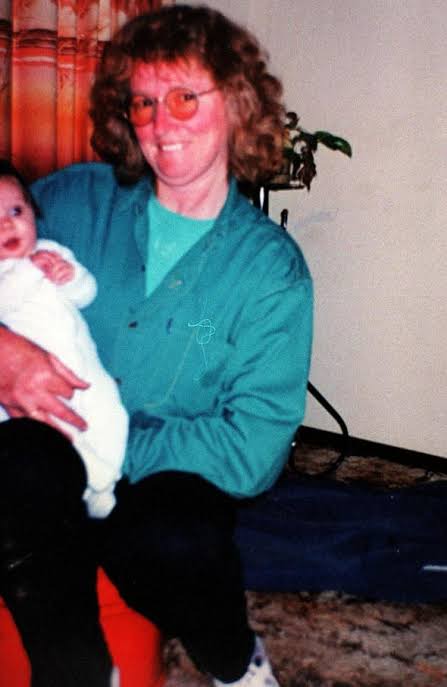 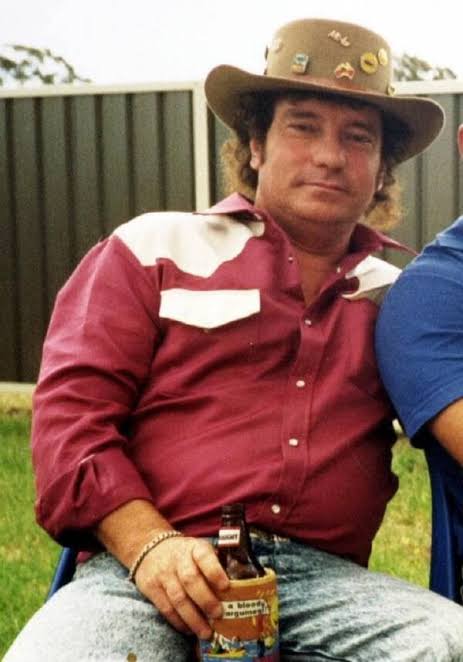 The Journalist, Peter Lalor wrote in Blood Stain, a book of true-crimes that talked about Katherine Knight.

This Was How It Happened

Early in the year 2000, Katherine had been involved in a lot of attacks on Price. She had even stabbed him in the chest. When Price could no longer bear it, he kicked her out of his house. He later went to a Magistrate Court and got a restraining order that would prevent her from attacking himself and his children. On the particular day of his death, he told his co-workers to know that he had been murdered if he didn't show up at work the other day. He took his kids to a friend's house, then he returned home and went to bed at 11 PM. 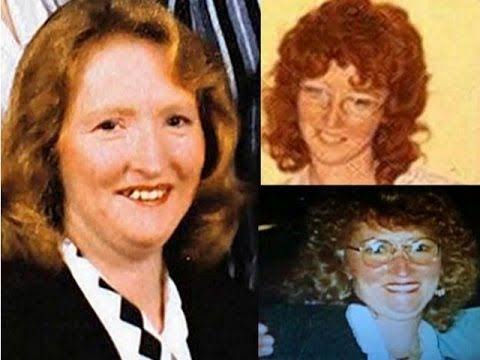 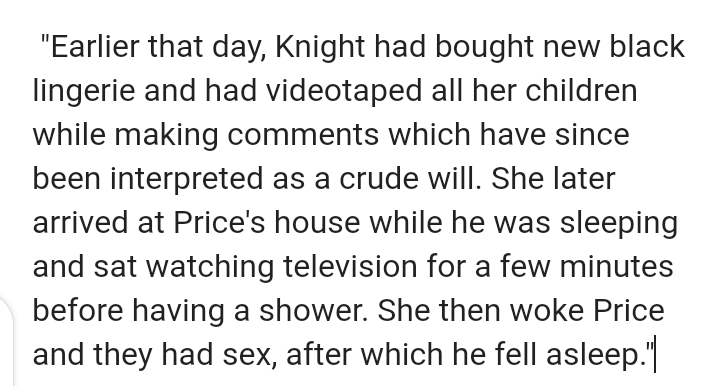 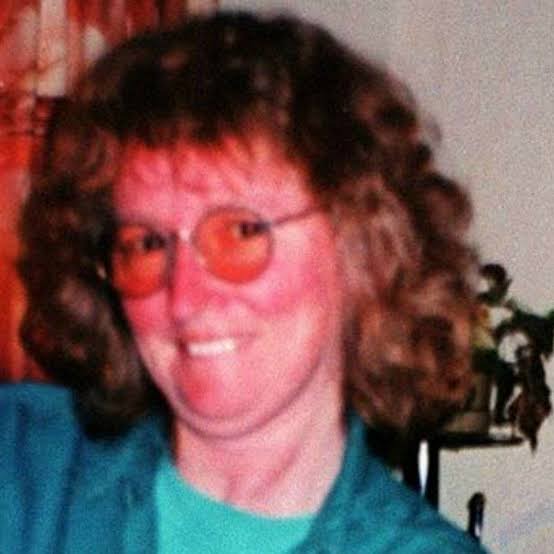 The next day, neighbours were worried when Price's car had not left the driveway. His employer and Co-workers sent a worker to know why Price had not arrived at work. The worker noticed blood stains at the door and called the cops who arrived at 8 am. On forcing the door open, they found Price's body and Knight who was in a coma because she had taken much quantity of pills. On investigation into the scene, it was found out that while he slept, she had stabbed him using a butchers knife. He awoke from sleep after the stab and made frantic effort to escape. He managed to open the door but fell back inside or was dragged back in by Knight. Price died after bleeding out much blood. 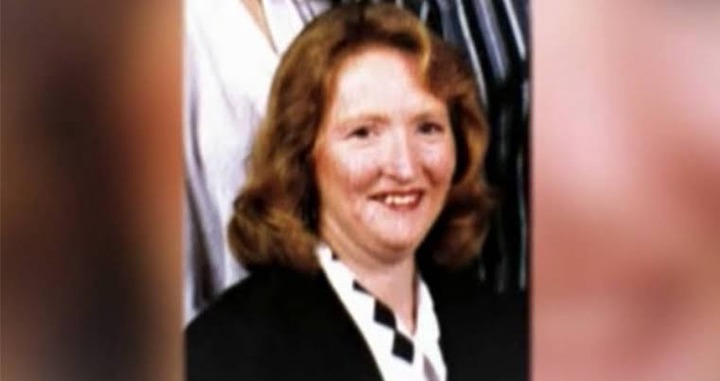 Knight later made a withdrawal of $1,000 from Price's account. Many hours after he had died, she skinned him and hung the skin on a meat hook, then she severed his body parts and organs and cooked them in a stew she made. She arranged the dinning and left notes carrying the names of Price's children under each plate. She had planned to feed the children with the food. Price's head was discovered in a pot containing vegetables. She then arranged the body in a position that had him holding an empty bottle with a handwritten note and his picture in his left hand that read; 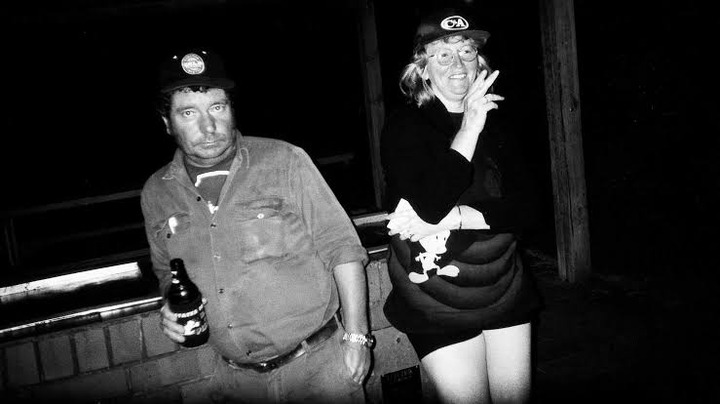 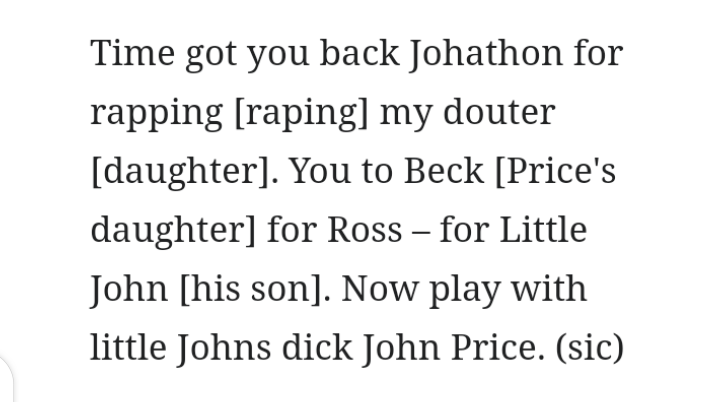 The Autopsy report carried out on Price's showed that he was stabbed a minimum of 37 times both in the front and back of his torso(body). He had a lot of wounds extending deep into his vital organs.

What on Earth would make a woman do this to someone she promised to love???

What do you think about such happenings??

Leave your answer and comments. 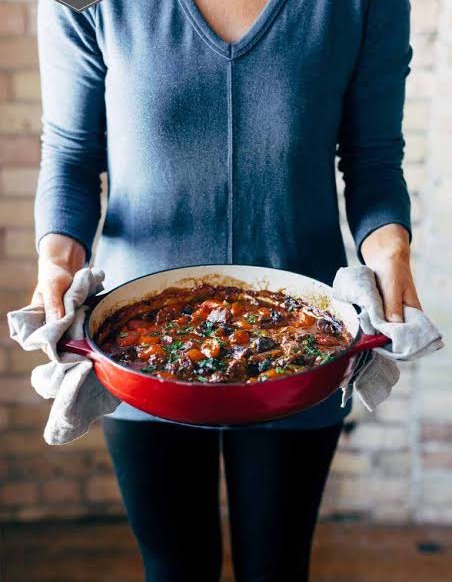 This photo illustration depicts a lady preparing a stew. It is not related to the topic of this article.