By DanJoan (self media writer) | 16 days ago

Jurgen Klopp's side, Liverpool FC's 3-1 goals win against Pep Guardiola's side, Manchester City was enough for the club to be crowned the current holder of the Community Shield. Trent Alexander Arnold scored an excellent and incredible goal in the twenty-first minute to put Liverpool FC ahead while Julian Alvarez equalized to level the scoreline, but Mohamed Salah's penalty and Nunez Darwin's goal were enough to seal the game for Jurgen Klopp's side. 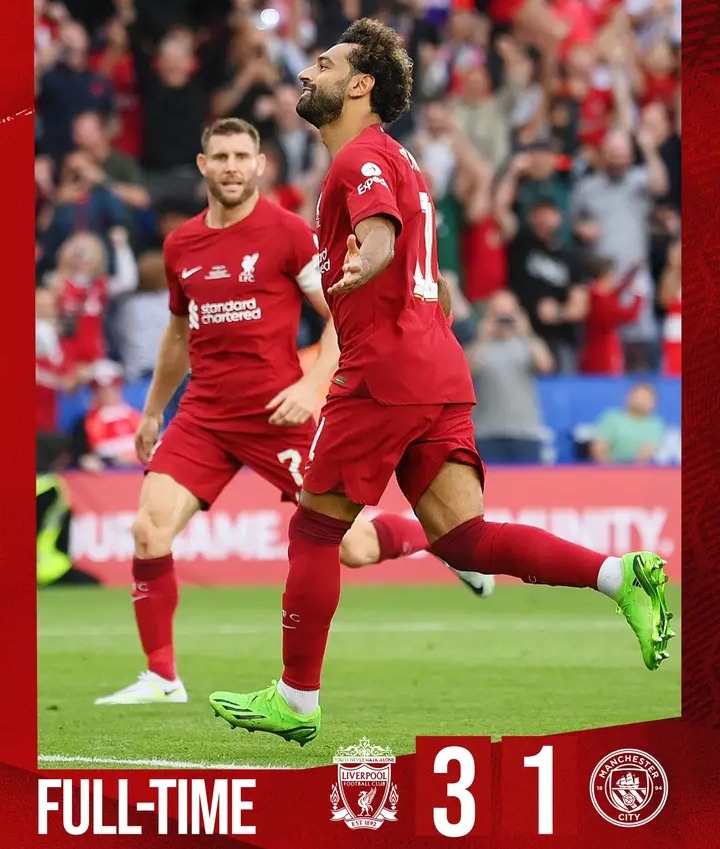 Erling Haaland played the whole ninety (90) minutes but was unable to convert any of the goal chances he got, while Nunez Darwin only played for thirty minutes and got a penalty for Liverpool FC, which was converted into a goal by Mohamed Salah and also scored the Reds' third goal to cap the win. No doubt that the impact of Nunez Darwin was more felt than that of Erling Haaland on the football field. 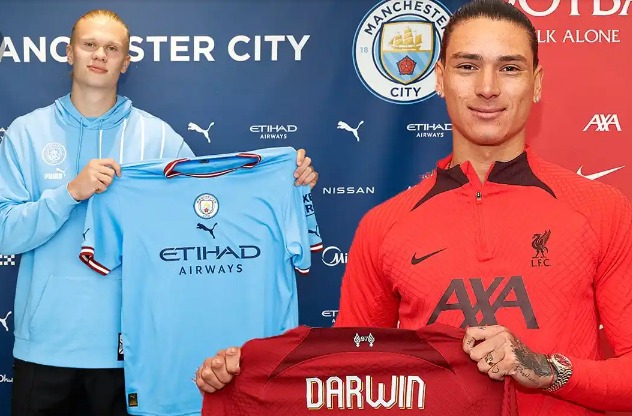 More so, Erling Haaland believes in playing with strength rather than with the addition of skills. The reason he lost the goal chances he had, one of which hit the goal post. To thrive or perform in England, a player needs more than strength but the addition of skills. Even though both players have speed, the Liverpool FC forward is more skilful than Manchester City forward, Erling Haaland.