By Nelsonoti (self media writer) | 10 days ago 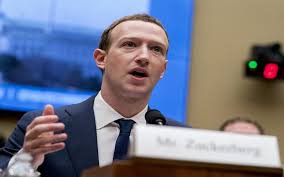 Down Time In Facebook.Inc Apps:

Since 3:30 pm of Monday 04, September, the three popular social medias owned and managed by Facebook.Inc with its CEO as Mark Zuckerbeg experienced strong network issue as millions of subscribers across the whole wide world could not access it. The websites were totally down while the app users cannot also launch the application but it has officially bounced back now. The down time take about 6 hours before the issue was resolved

From the report of the Whatsapp users which implied that the Whatsapp could open but could not received or send messages as well as download files therein.

A spokesman of Facebook.Inc acknowledged in an interview conducted by NBC News that the team is aware of the inaccessibility of subscribers in their apps, products and services. He further emphasized that the team of developers are currently on their desk working seriously to resolve the issue in no distant time.

The support team of Whatsapp tweeted recently using twitter.com that the company are working to resolve the issued as soon as possible and will communicate to the community the update in their services.

This down time in the company’s apps has affected the stock of the company as Mark Zuckerbag has reportedly loosed about US$ 7 billion within these few hours.

Was that a cyber attacked?

With the recent trending in cyber crimes and other illegal activities happening online today, one might be wondering if this is actually a cyber attack on Facebook.Inc.

One of the employees of the company made it known that it was the error on the Domain Name of the system called “phone book” which the company uses before accessing these websites.

One might also be wondering if the issue on the websites is attached to the recent accusation that Facebook.Inc did not report against the misinformation caused the US riot that happened on January 06. The report also implied that the technology giant focuses on profit from business rather the safety of the subscribers and citizens.

One of the Facebook’s spokesmen debuted the report implying that the company is making everything possible to fix the misinformation that caused the riot.

Content created and supplied by: Nelsonoti (via Opera News )