Opinion: What Gov. Ikpeaku said about IPOB could give a lasting solution to South-East crisis

By Tomivic (self meida writer) | 27 days

Indigenous People of Biafra (IPOB) under the command and leadership of our great leader, Mazi Nnamdi Kanu has been agitating to separate from Nigeria for a while now inder to formed Biafra nation. The group futher formed a security unit called Eastern Security Network. 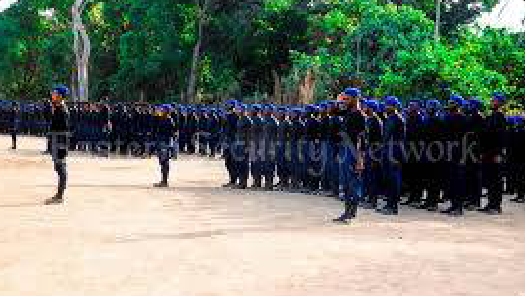 This has raised lot of concerns in the region. There has been a clashed between the security outfits, and Nigerian soldiers leading to chaos in the region. Recall that after the attacked on a correctional facility in Imo state, Nigeria Police Force revealed that the attacks were perpetrated by members of a proscribed secessionist group, Indigenous People of Biafra (IPOB). 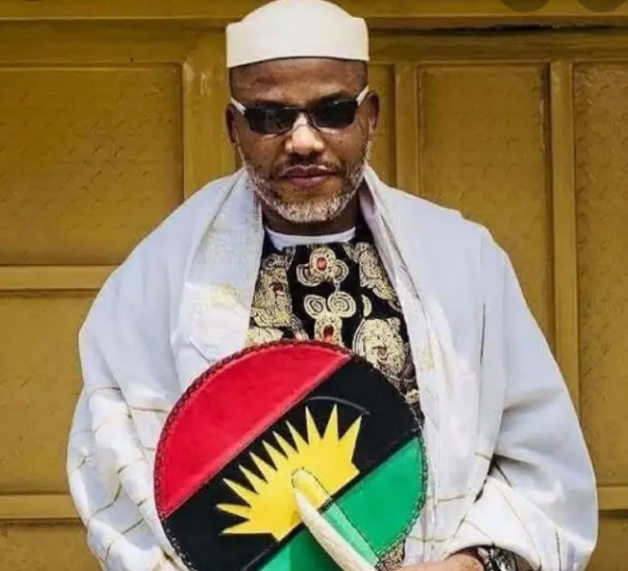 However, the IPOB leader, Nnamdi Kanu recently took to his Twitter handle page stating that the mission of the ESN is genuine, adding that the group is not against any tribe, or religion rather it is solely against terrorist. 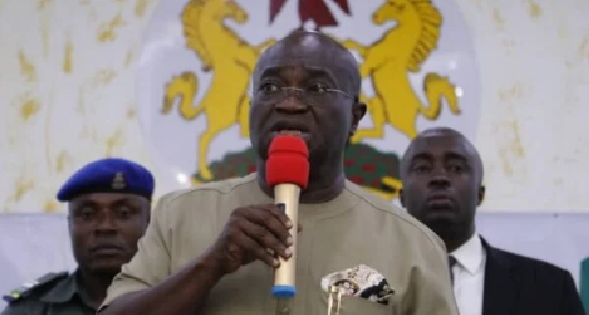 However, the Governor of Abia state, Ikpeazu has advice that its better that the Ipob grievances are he has adviced the government of Nigeria that the IPOB's grievance should be addressed squarely as some of their grievances are valid, and as it concern the South East Region. He explained that he has taken his enough time to hear some of these issues raised by this group which are the issues of trust deficits within the polity called Nigeria, issue about injustice, and issues of marginalisation,

He noted in his word that strategy of IPOB in achieving their goals in separating out of Nigeria is not what he subscribed to because, he has yet to see the end of that goals of the tunnel from where he is standing. He futher stated that the issue bothering the IPOB group, and other people in the region must be addressed as they can't be pretending like they are invalid. 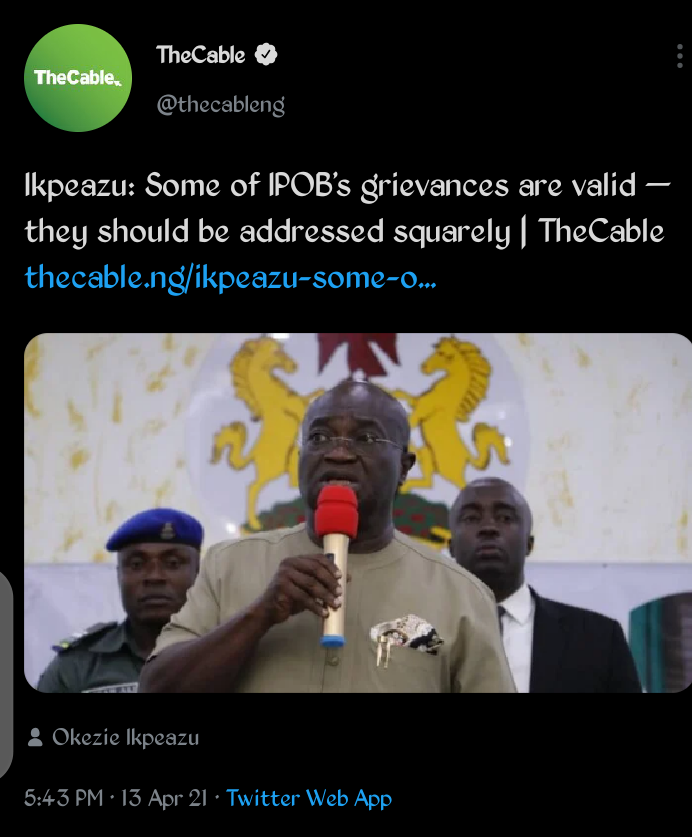 In my opinion, this is a good advice from the Abia governor, the Ipob might be agitating for breaking up but listening to some of their grievances might calm them down to forget about the agitation. Nigerian government should take this advice and call on the leaders of IPOB, to have a discussion with them in order to find a lasting solution to the crisis happening in the south east region of Nigeria. They should talk on how to solve the problem of injustice, marginalization, and others in the region and address the issue squarely. 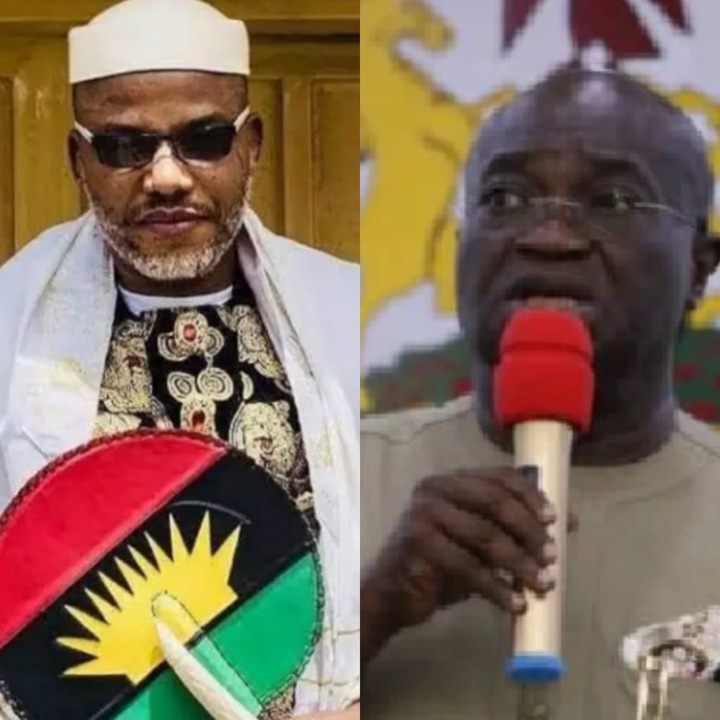 Let's have you thought on this