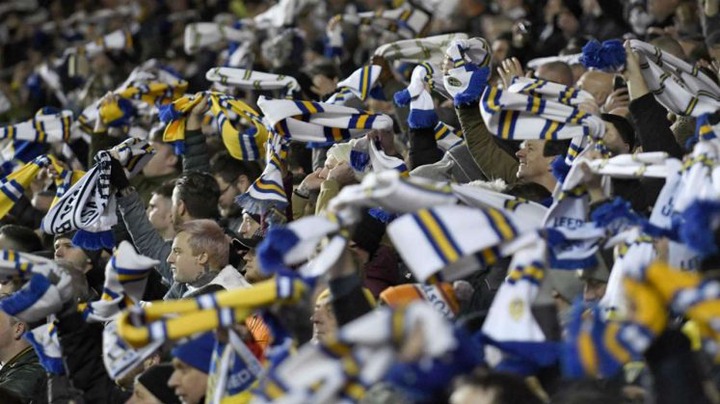 Leads United have gained promotion back into the Premier League after 16 years needing Huddersfield Town to defeat West Bromwich Albion this evening to secure a return.

Huddersfield beat West Brom by a 2-1 scoreline which means that Marcelo Bielsa’s side are now five clear of the the Baggies on the Championship table with latter now only having only one game left to play.

West Brom can no longer catch Leeds at this point of the season, the later need just one more point to be declared champions of the second tier of English football.

The return ends a 16-year absence from the English top flight following their relegation in May 2004 – three years after they had been to the Champions League final. Bielsa had already said he would not be tuning in to watch any of Brentford’s or West Brom’s game, after the Peacocks beat Barnsley on Thursday.

Asked if he would follow their Championship rivals’ games, Bielsa said: “No, we always think that what we are able to get depends on us. We are thinking of the next match. Until the situation is mathematically resolved, we cannot talk about promotion.”

The manager will now rest peacefully knowing that a Premier League return has been accomplished, and a progress made after last season’s setback.

Leeds finished third on the Championship table in the 2018/19 season before going on to lose the play-offs game against Derby County. The league leaders bounced back from 0-2 away defeat to Cardiff City, winning five of their last six games to move their total wins for this campaign to 26 to secure promotion.

They still have games against Derby and Charlton Athletic still to come to bring a close to their Championship chapter for the 2019/20 campaign.

For their time in the top flight, the Whites have been crowned champions three times with the latest coming during the 1991-92 season.