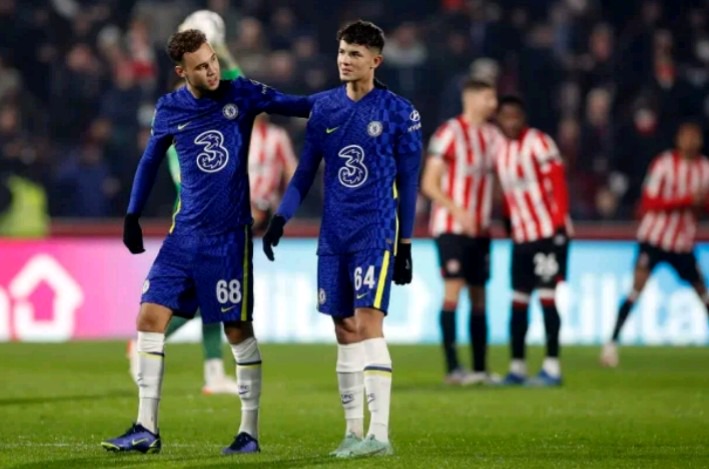 The news that the attacking midfielder had transferred from Arsenal to Chelsea came as a great shock, and if he stays at the club , Tuchel will almost probably give him his professional debut.

Many people believe Hutchinson will be loaned to a Championship team in order for him to have more first-team experience. We'll see how things progress.

It would be intriguing to learn what plans are in place for the England Under 19 captain's development this season after Tuchel gave him his debut last year and he made five appearances in domestic cup competitions.

The next stage could be to offer Vale more playing time in higher profile contests since he was utilized as a substitute just four times in the Champions League compared to three times in league play.

The highly regarded England Under 18 international was signed by the Blues earlier this summer after they defeated the Bundesliga and other English teams to his signature.

Sturge will probably play for Chelsea's Under 21 team for the duration of the season, although there is a chance that the left back will get some playing time in the preliminary rounds of the Carabao Cup.

Similar to Vale, the forward made his senior debut under Tuchel last season, playing the first 45 minutes of the Carabao Cup match against Brentford, but it must be stated that when playing in Premier League 2, he didn't have much of an impression.

It implies that Soonsup-Bell might not be quite ready for senior football, but it doesn't exclude him from making another appearance for the first team if his performances improve significantly throughout the season.

The 17-year-old made his FA Cup debut in January, contributing to the 5-1 victory against Chesterfield, and while he didn't have many more opportunities to play, Tuchel will undoubtedly keep him in mind.

Hall's inability to commit to a clear position is one problem. He played as a centre-back, fullback, wingback, and holding midfielder during the previous season, which speaks volumes about his versatility. However, he will be eager to settle into one position to establish himself in the Under 21 setup.