By GistFrank (self media writer) | 1 month ago

Osinbajo said a widely circulated memorandum suggesting he asked Buhari for permission to leave APC was not from him. 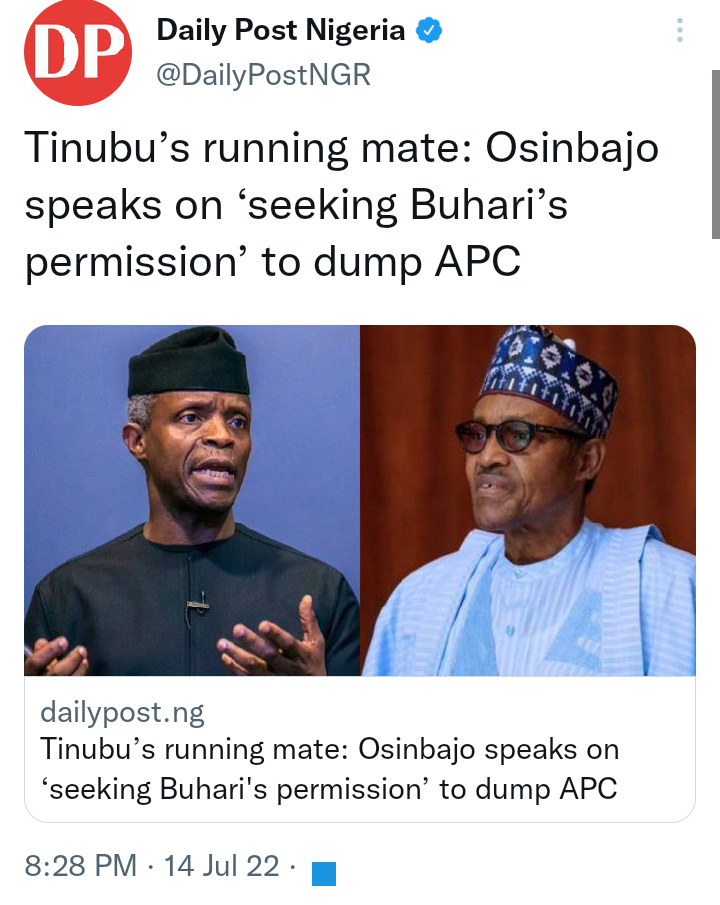 Reacting, Osinbajo, through his spokesman, Laolu Akande, described the memorandum as fake. Akande said that Osinbajo would never author such a memo full of errors. 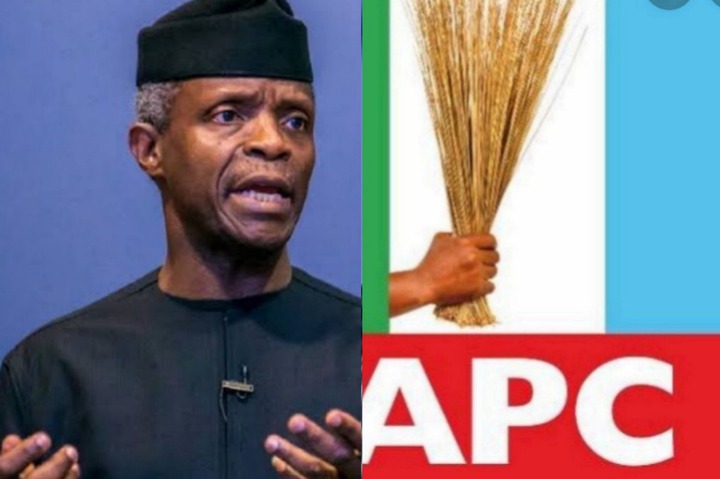 FG To Pick A Substantive AGF.

The process for the appointment of a new Accountant General of the Federation, AGF has begun as the federal government, Wednesday, shortlisted 14 directors on Grade Level 17 in the federal civil service.

The exalted seat became vacant following the suspension of the immediate past AGF, Ahmed Idris over allegations of financial fraud to the tune of N80 billion. This was contained in a circular issued by Mariya Rufai, Director of Administration, Office of the Accountant General of the Federation, which was received by the Head of the Civil Service of the Federation, Dr. Folasade Yemi-Esan. 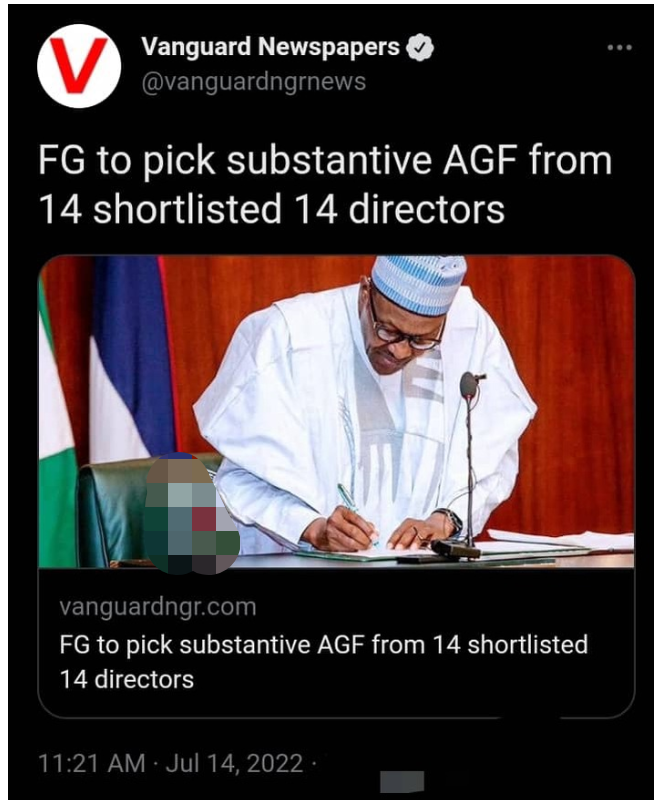 On the list for consideration are Chizea Onochie Peter, Jafiya Shehu Muhammad Murtala Saleh, and Lydia all from the Office of the AGF.

A Chieftain of the ruling All Progressives Congress (APC) in Ogun State, Mr. Dennis Ogunnaike has called on Nigerians to put aside religion sentiment, but support the Asiwaju Bola Tinubu and Senator Kashim Shettima joint presidential ticket. 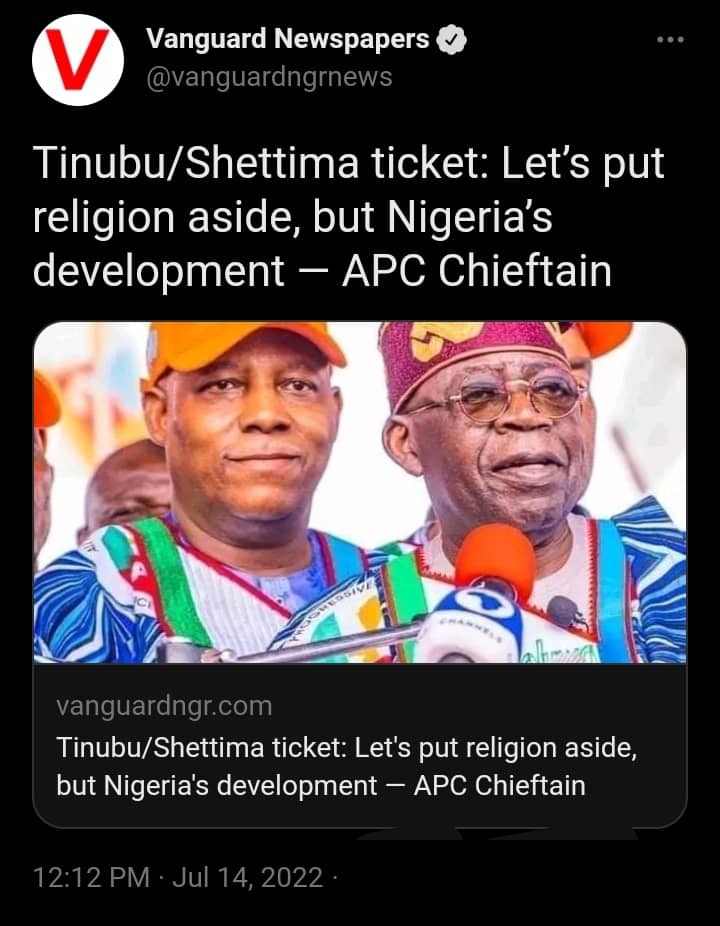 Ogunnaike, who made the call, while reacting to the announcement of Shettima as the running mate of Asiwaju Tinubu during the 2023 Presidential election, said the most important thing in Nigeria today is how to move the country forward; politically, socially and economically.

The Ecowas Court on Thursday ruled that President Muhammadu Buhari violated the rights of Nigerians when he illegally ordered the restriction of Twitter in June 2021.

The regional court said Mr Buhari’s action was unlawful and in defiance of Article 9 of the African Charter and Article 19 of the International Covenant on Civil and Political Rights. The case was instituted by different civil liberties advocates and media rights practitioners following the controversial and illegal disruption of the social network giant in Nigeria that began on June 4, 2021. 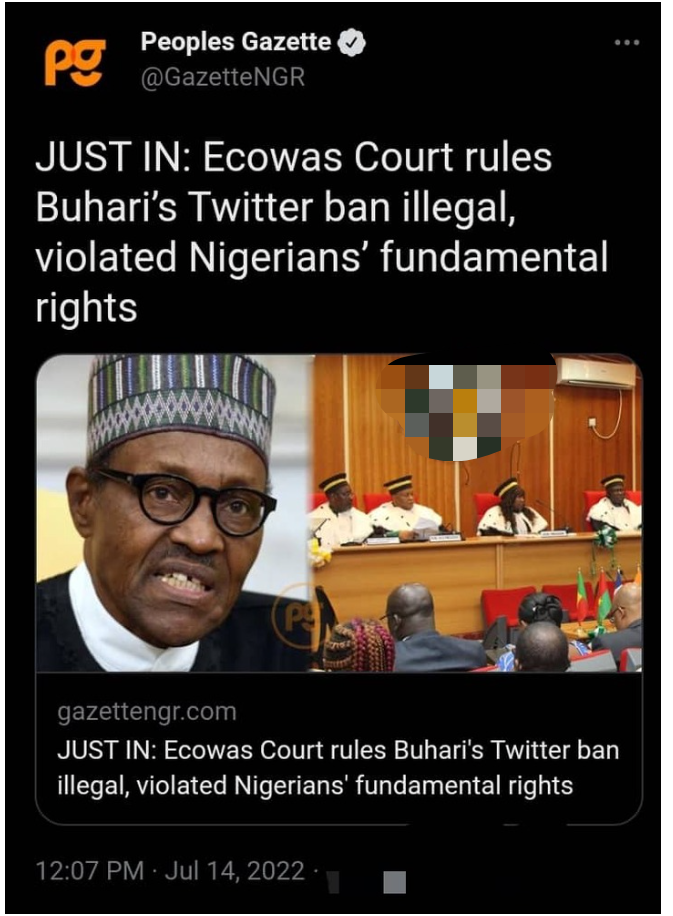 Mr Buhari issued the ordered to block Twitter in Nigeria after the platform removed his tweets threatening genocide against the Igbo ethnic nationalities of the country’s South-East. 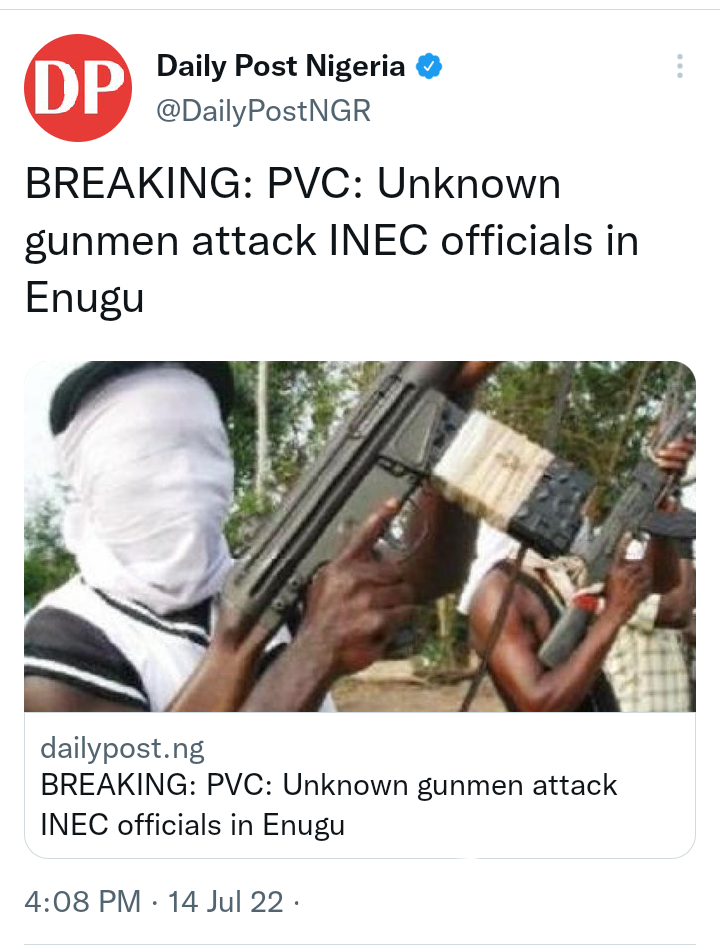 He said two voter registration machines were damaged by the assailants during the attack.

The statement revealed that the officers were attacked while on the Continuous Voter Registration (CVR) exercise at a Community Primary School Umuopu in Umuozzi Ward 19 in Enugu State.