Most Participations In The UEFA Champions League History

By SPORTSC (self media writer) | 11 days ago

In this article, we will look at football clubs with the most UEFA Champions League participation history. 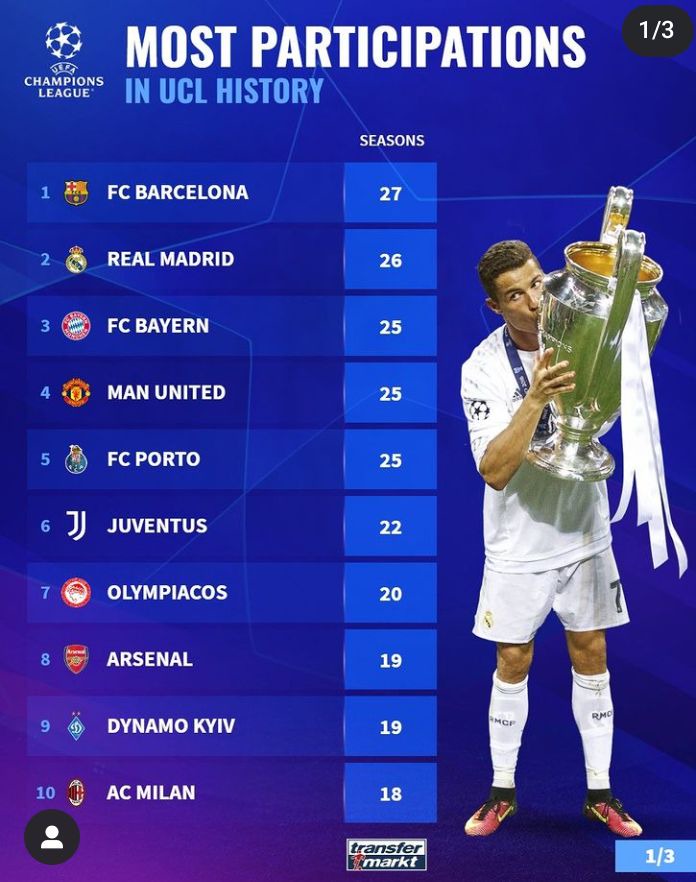